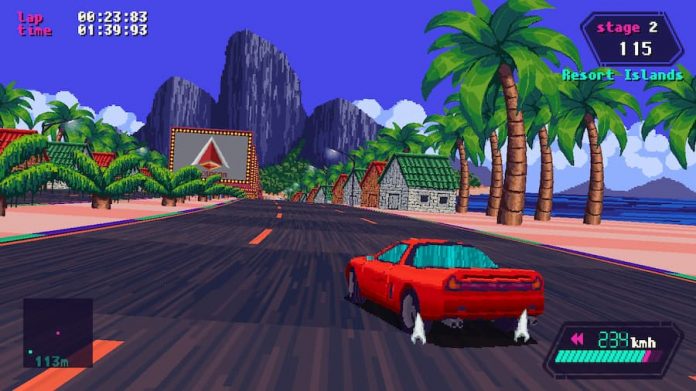 Slipstream is a game for those who fondly remember Outrun.

The creation of solo Brazilian developer Sandro Luiz de Paula, it’s a real blast from the past, utilising a custom game engine that recreates the sprite scaling techniques employed in racing games of the 80s and 90s. Add in an original soundtrack that’s suitably retro, and you have a game that hits you with nostalgia every time you play. Though that’s not to say that everything feels old about Slipstream.

For a start, while it looks and sounds like a retro game, the fact that it runs at 60fps makes it more pleasant to control and watch in motion. It also has what we’d call a modern selection of modes. Jump into Grand Tour and you are essentially playing Outrun, racing through zones against the clock with a choice of two paths at the end of each. Clear five zones and that’s it, you’ve won. Time to start again and choose a different path.

But that’s just the tip of the iceberg. There are also numerous Grand Prix to be won, each challenging you to complete a series of races where the normally point-to-point tracks become circuits. There’s a Cannonball mode, too, which is essentially Grand Tour but you get to define the zones you drive through and other settings, as well as Time Trial, Single Race, and Battle Royale, which is basically an elimination race. Oh, and most of these modes can be played either solo or in local co-op.

Factor in additional gameplay features such as five cars to choose from, three speed levels, and the chance to upgrade your cars in some modes, and you have a game that’s quite meaty for its modest asking price. It’s Outrun and then some. It’s just a shame that a couple of gameplay elements that separate it from its inspiration don’t necessarily make it better. 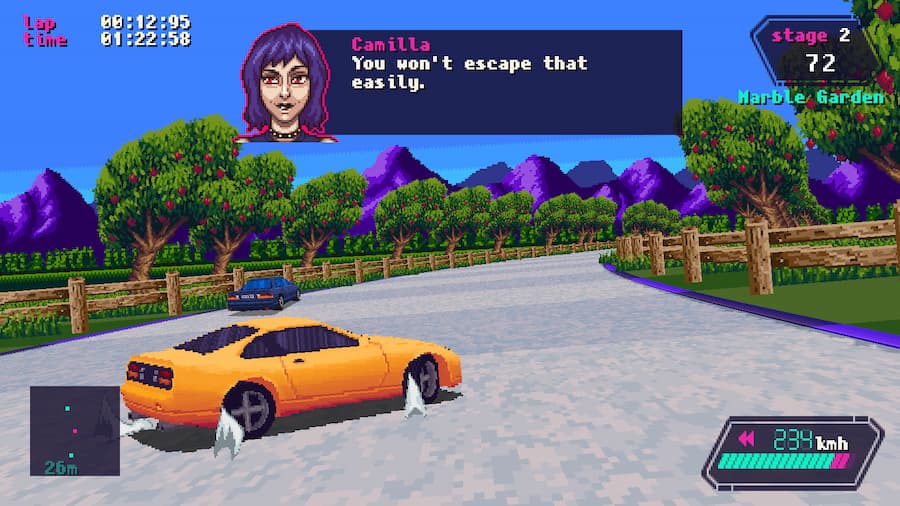 First up, there’s the slipstream mechanic, which results in you gaining a boost of speed if you loiter long enough behind other vehicles. But the effect is perhaps a little too strong, making some races feel like a tug of war. You might gain the lead, driving like a pro, only to see a competitor come up from a distance behind you and speed past. Then you’ll slipstream to get past them again. And then they might do the same to you. Repeat until the race is over, or one of you makes a mistake. You could say it adds a bit of drama to events, or you might just find it irritating.

Drifting is the other mechanic that’s a bit hit and miss. Some corners are simply too tight for you to take normally, and so you’ll need to drift around them to keep up with the pack. And for the most part, performing a drift isn’t a problem at all. When you’re travelling at high speed thanks to slipstreaming, and a sharp corner comes out of nowhere or follows up from another sharp corner, however, getting your drift right can feel like a large ask. One crash later, and your efforts up that point might have been ruined. 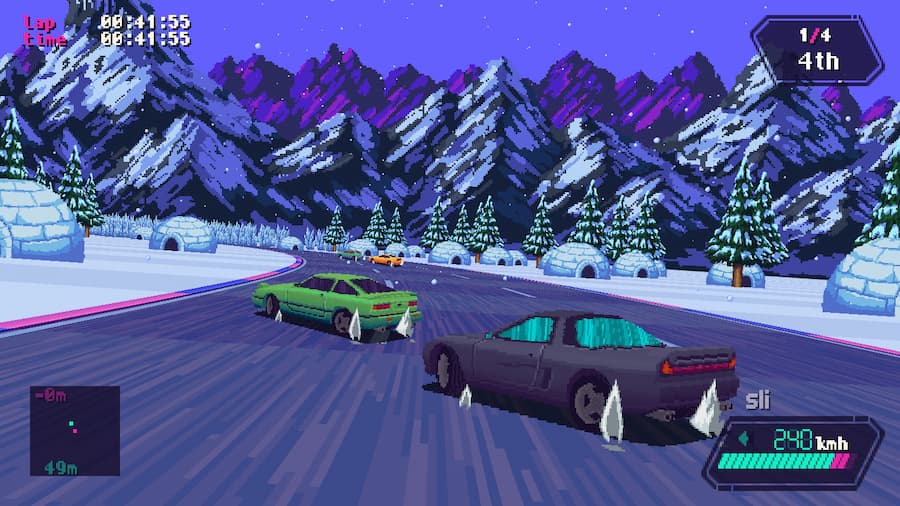 Thankfully there is an auto-drift option, which allows you to focus on turning left and right like in the good old days. Slipstream still remains challenging, but in a way that feels fairer on the whole. And there’s another crutch for accident-prone drivers, too: rewind. If you mess up, you can simply press and hold the rewind button to go back in time and correct your error. It’s a welcome modern touch, and it has a nice VHS effect attached to it as well.

There’s a lot of fun to be had with Slipstream. It’s wonderfully presented, has a good amount of content, and the racing action is fun and intense for the most part. It’s just a shame that the efforts it makes to differentiate itself from Outrun gameplay-wise don’t really have the intended effect. But if you’re after an old-fashioned racing game inspired by the classics of the 80s and 90s, this is still very much worthy of a purchase.

This review of Slipstream is based on the PS4 version (played on PS5), with a code provided by the game’s publisher. It’s available on PS4, Xbox One, Switch and PC.