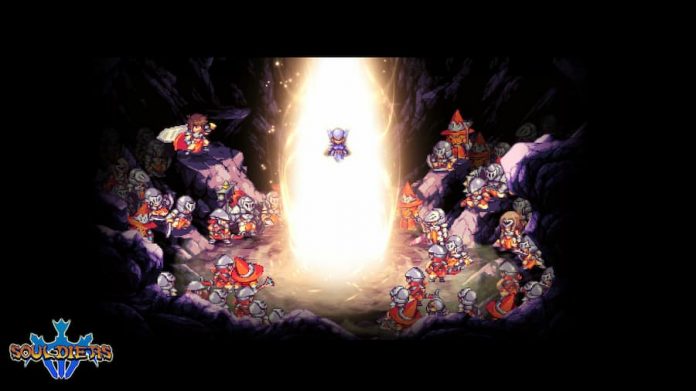 Souldiers begins with death. Your death, in fact. But thankfully it’s not the end of your story.

Killed by an earthquake after waiting in ambush at a mountain impasse, a Valkyrie appears and offers you a chance to live once more. For what purpose is unknown, but what have you got to lose? Besides, aren’t you at least a bit intrigued by the whole affair? The one thing on our minds was finding out if we’d been betrayed by the King’s adviser who’d stationed us in such a precarious position.

But that’s where your time with Souldiers, developed by Retro Forge, begins: in the darkness. You’ve got an important choice to make – whether to be an archer, caster or scout – before heading into a pillar of light to see what’s on the other side. It turns out it’s a land you’ve never been to before, and so begins an adventure into the unknown.

The character class you choose will determine your basic abilities, but the gameplay remains much the same regardless. This is a metroidvania, and so a lust for exploration will serve you well. The early hours of the game had us moving from a lush plain into a dark, dank tunnel full of spiders and other nasties. But from the very get-go, the gameplay had us hooked.

With one button you can perform a light attack, with another a strong attack. Combine them and you can create your own combos. But Souldiers also lets you block, dodge, and make use of numerous skills to overcome your enemies. We soon gained access to bombs, for example, useful for blowing up both our adversaries and walls. And eventually we also gained the power of a fire orb, allowing us to turn up the heat on our foes and also burn environmental objects such as thick spider webs. 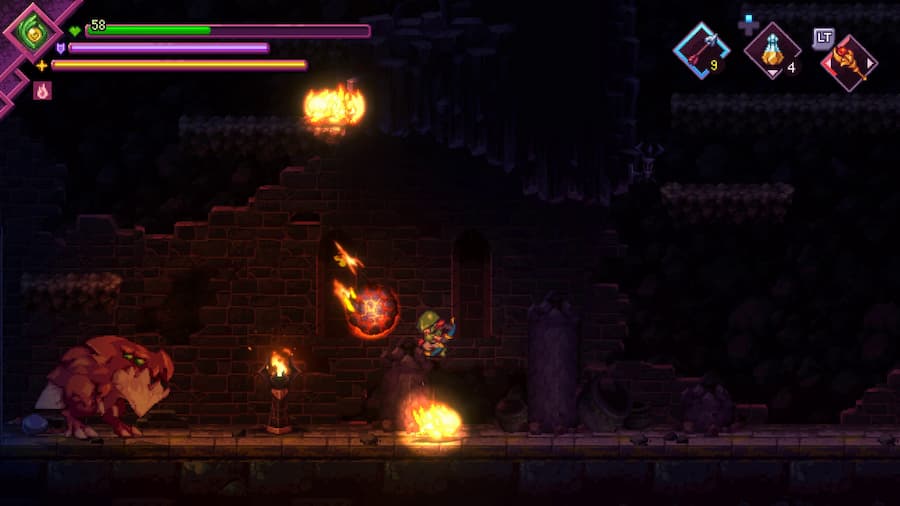 The controls are crisp and responsive, and the combat – described as being “crunchy” and “soulslike” on the game’s Steam page – is engaging. Don’t worry if you don’t like difficult games, however; Souldiers does have three difficulty levels to choose from, and on Soldier – the middle of the three – we found the gameplay not exactly a walkover but far from what we’d call challenging.

Like in most metroidvanias though, it will pay to go off the beaten path to seek out secrets and upgrades. There’s gear to find, and a levelling system that will see you grow stronger as you overcome enemies. There are masteries to learn, too, giving you access to new abilities and other boosts. The more you put into Souldiers, the more you’ll seemingly get out of it. 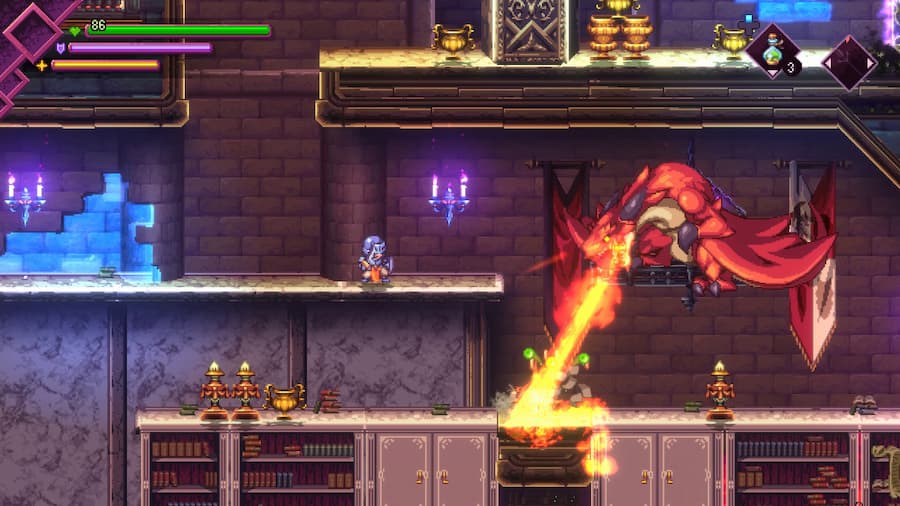 But it’s not just all about exploration and combat: sometimes you’ll also need to use your brain. During our time with a preview build of the game, a few puzzles blocked our progress. They weren’t particularly difficult to solve, mostly revolving around moving blocks or large boulders to allow us to gain access to new areas, but they nicely broke up the action. And no doubt you can expect more of them as the game progresses.

With its beautiful retro-styled graphics and gameplay that just draws you in, we think Souldiers is shaping up to be a mighty fine metroidvania indeed. We can’t wait to go hands-on with the full game, and the good news is we don’t have to wait too long, either. It launches 19th May not only on PC but also consoles. So, if you’re hankering for a new metroidvania to play, you’d be very wise to keep it on your radar. And if you’re a PC gamer, you can try a demo for it right now on Steam.

Add Souldiers to your Steam wishlist or play the demo