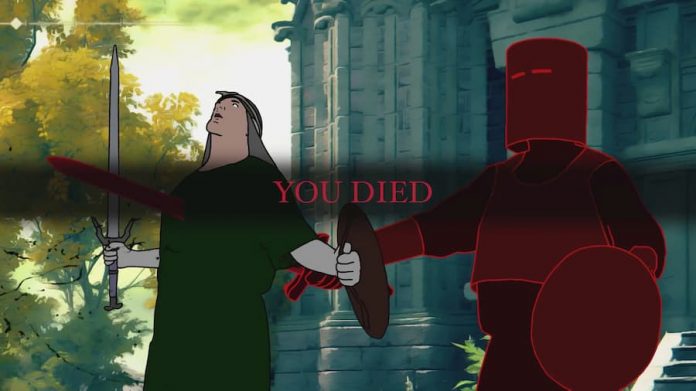 Elden Ring is a ridiculous amount of fun and is, without a doubt, From Software’s finest.

You can read our review here, where we called it “.. a vast and varied world that’s always a pleasure to explore,” but we still have to admit that those first few steps can be a little tricky. That’s why YouTuber and animator Goat-on-a-Stick’s latest animation had us in stitches.

Dubbed “What it feels like to play Elden Ring,” the rotoscape style video sees the hapless protagonist coming a cropper again and again. He deals the troubling question of when to parry, the shocking revelation that enemies mix up their attack patterns and an invader who relentlessly backstabs him.

In other words it’s short, silly fun, though we don’t know what he’s going to make of other locations such as the deeply harrowing upside down tower or Greyoll’s Dragonbarrow. Yes, people will use messages to troll the hell out of you but the game itself pulls some sneaky tricks as well.

You can check out the video above or take a look at Goat-on-a-Stick’s other animated shorts including the superb Knife Galsia video here. Still, as tough as Elden Ring can be on the player, NPCs have it a lot worse.