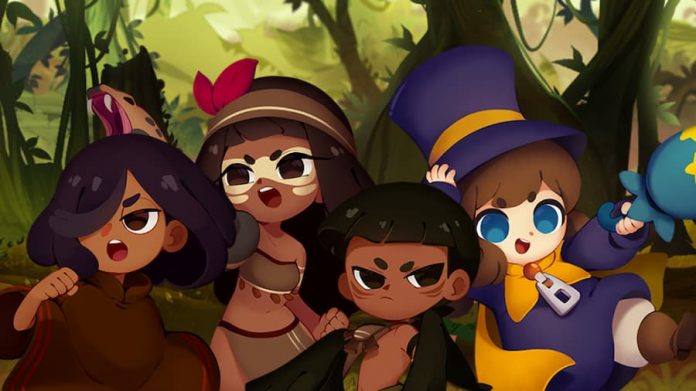 Steeped in Amazonian folklore, Tunche, developed by LEAP Game Studios, has a lot going for it.

Its cartoon-like visuals are colourful and charming, it has five playable characters, co-op play is supported for up to four players, and while playing it you might learn about a Peruvian legend or two. It’s just a shame that while its beat ’em up action is fast-paced and rewarding, it takes a lot of grinding to get to the point. And that’s because Tunche has roguelike elements.

Trouble is afoot in the Amazon rainforest, and it’s believed that the troublesome Tunche is behind it all. And so, a handful of warriors, including Hat Kid from A Hat in Time for some reason, decide to venture into the forest and take action. They’re aware of the dangers, but the forest, and its wildlife, must be saved at all costs.

You’re free to choose any of the five characters available, and each has their own strengths and weaknesses. Choose Rumi, for example, and you’ll find she moves at a decent pace but her physical attacks don’t hit all that hard. She does excel when it comes to magic attacks, however. On the other hand there’s Pancho, who moves slower but hits harder. Needless to say, it’s a good idea to try them all and see what fits your playstyle the best. And you’ll want to stick with your choice, because Tunche‘s progression system doesn’t really reward switching often. 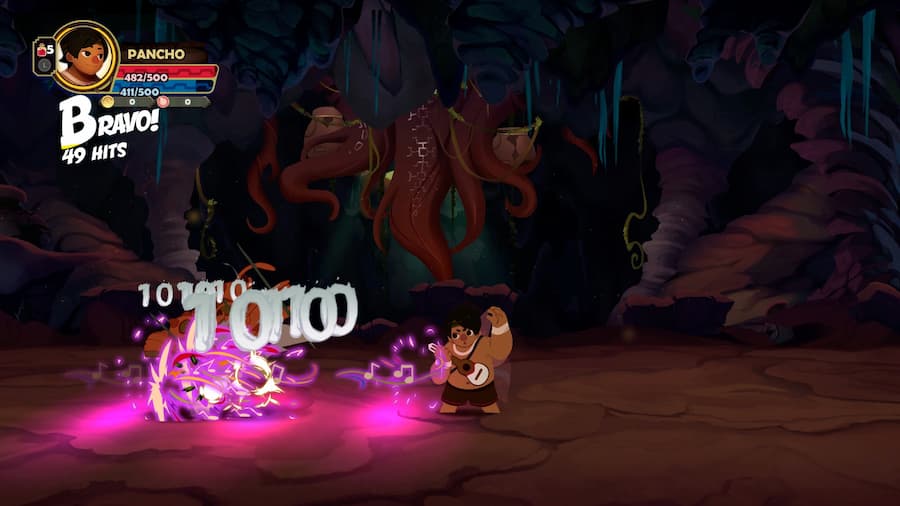 Being a roguelike, you’ll begin each run at the entrance of the Amazon rainforest. Then, as you make your way through each room, defeating hordes of enemies while trying to attain the highest style rank possible, you’ll acquire numerous power-ups and currencies to assist with your endeavours. Orbs, for example, can be used at the end of your run when back at the camp to learn new moves and upgrade perks that you may or may not pick up on your next run. Transmutations can also be bought back at the camp, changing each of the game’s areas in future runs for your benefit.

On any given run though, it’s the perks you find that will have a large bearing on your success, as well as how you make use of the gold you acquire. After each fight, you’ll need to choose how to proceed, with each option having its own icon. You’ll soon figure out what they all mean, allowing you to chart your own path through the Amazon rainforest while completing challenges, restoring your health, or boosting the amount of orbs you earn. 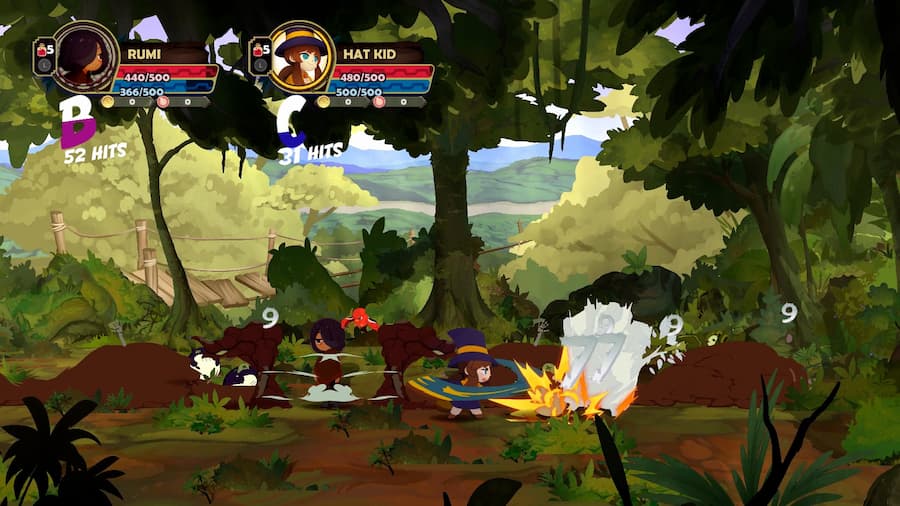 At the end of each area there’s a powerful boss for you to overcome, and upon doing so you’ll unlock some formidable upgrades that will make you much more capable once purchased. It’ll take you a while to beat them all, however, thanks to Tunche‘s roguelike nature. And, having to start back at the beginning of the rainforest each time you play, you’ll find yourself engaging in the same fights and boss fights time and time again.

Eventually, the repetition can really wear you down. Especially in the early stages where your moveset is very basic. For the first handful of runs chances are you’ll be performing the same basic combo over and over again, until you have enough experience orbs to unlock some additional attacks. It’s such a shame that you can’t unlock moves mid-run, as that would alleviate some of the tedium. As it is, you often feel like failing on purpose after you’ve acquired a decent number of experience orbs, just so you can gain some new skills to make combat more interesting. But that comes with the hassle of having to start from the beginning of the rainforest again. 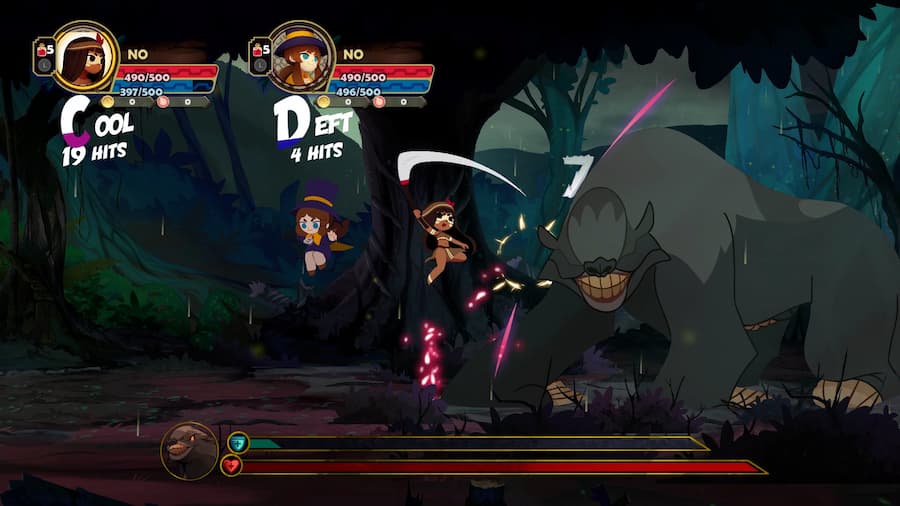 Ultimately, Tunche just doesn’t benefit from being a roguelike at all. You get the feeling it would have been much better as a simple side-scrolling beat ’em up, with multiple difficulties. The roguelike elements simply turn it into a grind, sucking much of the fun out of it, especially when you consider that if you want to switch characters, you need to earn yet more experience orbs to expand their movesets as well.

There’s a good game in Tunche somewhere, just trying to get out. Some will find it if they dig deep, put in the hours and max out the skill trees so that the combat can shine. Most though, will probably give up early on into the journey. This is a wonderfully presented game with a lot to offer, but the roguelike elements suck the fun out of it, turning what could have been a brisk and enjoyable adventure into a drawn-out slog.

This review of Tunche is based on the PS4 version (played on PS5), with a code provided by the game’s publisher. It’s available on PS4, Xbox One, Switch and PC.