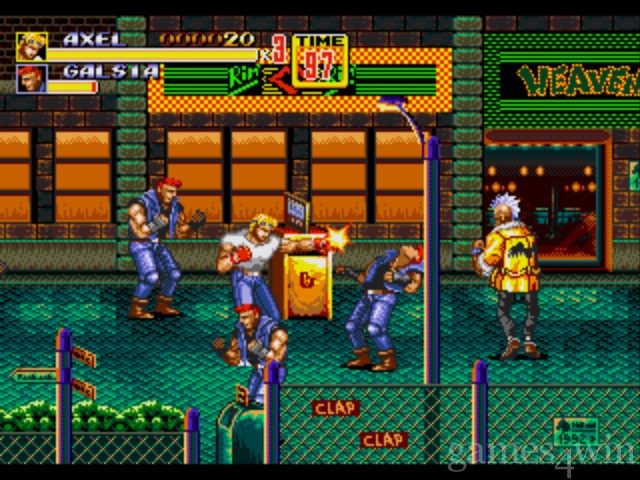 The Streets of Rage series is becoming a movie. Ho-hum.

At least, that’s how we’d normally react to the above news. On the whole, the film industry doesn’t have a great track record when it comes to turning games into movies. We suspect that a lot of bigwigs just look at whatever’s popular, game-wise, and figure that they’ve got a sure fire hit. They ignore all the important details, like the fact that the Doom Slayer is virtually mute, or that everyone has their own Commander Shepard.

Except, the good news is that, as reported by Deadline, it’s being handled by dj2 Entertainment, the company behind the recent Sonic the Hedgehog 2 movie and penned by Derek Kolstad, who wrote the first three John Wick movies and, more recently, Nobody. Given that the Streets of Rage games are extended punch-ups, with players pausing only to shove a whole turkey in their mouths, we have a reasonable measure of faith the company can deliver.

Still, we do hope that that dj2 do more than just setting Streets of Rage in the present day. The original Megadrive trilogy was a real product of the 90s and it’d be a mistake to ditch that. Unless, that is, the movie’s following the plot of Streets of Rage 4, with Axel and Blaze having to come out of retirement to fight a new gang. One of the things that made Nobody so entertaining was seeing Bob Odenkirk’s Hutch ripped out of his sedate suburban life, and Streets of Rage could benefit from a similar take.

Is this all set in stone? Deadline has, in the past, been fairly reliable though since they cite “sources”, this isn’t the official studio line; it’s possible the project may never actually get off the ground. But, done right, we could certainly see a Streets of Rage movie being an absolute blast.