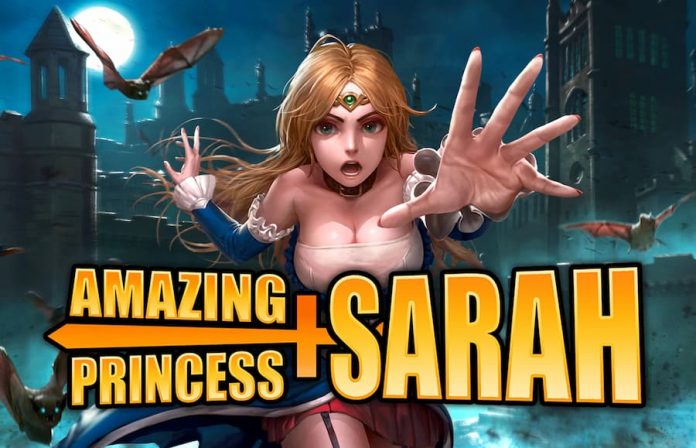 You’ve probably never heard of it, though, have you? And we can kind of understand. After all, from the screenshots you can tell that Amazing Princess Sarah looks old-school, and that’s not everyone’s cup of tea. Not in the days of massive open world with photo-realistic graphics. And then there’s the key art – there’s no doubt too much cleavage on show for some. Or at least there was: Sarah has had some of her modesty restored since we last spent time with her in 2016.

You can read our review of the Xbox One version of Amazing Princess Sarah here. And honestly, aside from her dress getting some additional fabric in key art, there’s not really anything new. But yet jumping into the game once again, we’ve rediscovered why we gave it gave it a solid 7/10 all those years ago; as far as games inspired by Castlevania go, it’s very enjoyable indeed.

Cast as Princess Sarah, who you may or may not feel is amazing, it’s up to you to journey through multiple castles to rescue your father, the king, who was seduced and then kidnapped by a demon called Lilith. Kept on the 2D plane, the gameplay is simple, with you able to slash at enemies with your sword and jump on platforms. But the twist is that you can also pick up objects in the environment and throw them at your enemies. 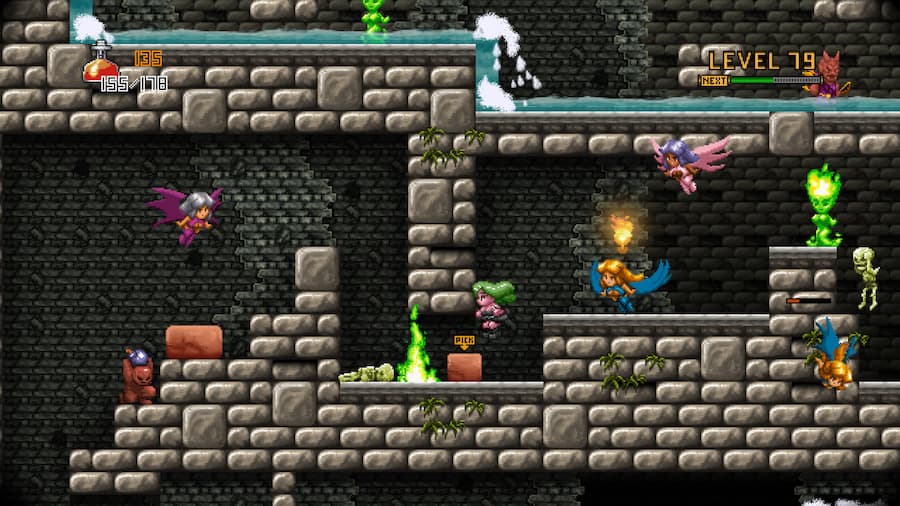 You can pick up and throw enemies you’ve defeated, too, and this is where things get interesting. You see, many of the enemies you throw have special effects. Throw a bomb-like enemy, for example, and they’ll explode when they land. Throw a fire-magic enemy and they’ll unleash a wave of flames. And so, while slashing at enemies is an option, it makes more sense to use the enemies you’ve slain to further perpetuate your violence. Especially considering it generally does more damage and grants you additional experience.

By gaining experience and levelling up you’ll make the amazing Princess Sarah stronger, and in conjunction with a lenient checkpoint/save system, making your way through the five castles on offer and defeating their bosses isn’t too much of a challenge. There are some tricky platforming sections and some enemies can be a pain, but practice makes perfect. Chances are though, that even after you’ve “completed” Amazing Princess Sarah you’ll return to it. Why? Because of all the additional modes you unlock. 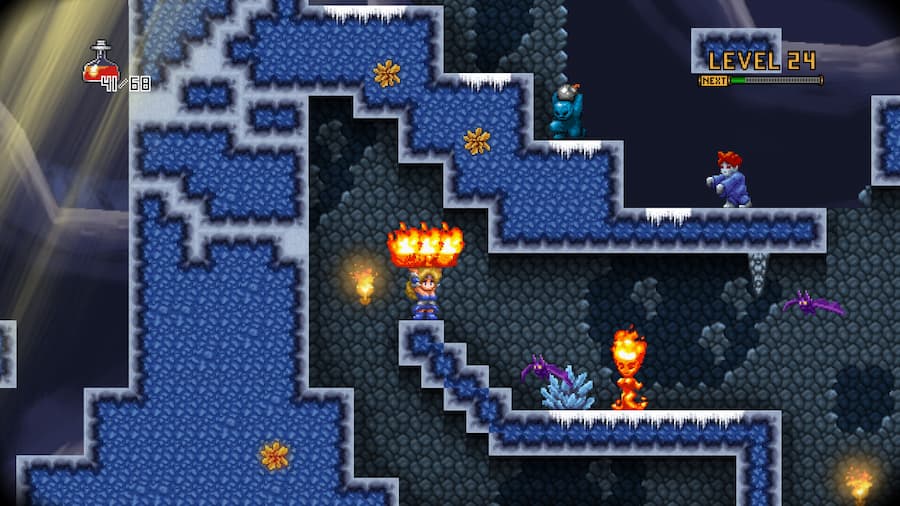 From a ghost that constantly pursues you to only being able to kill enemies by throwing bats at them, each additional game mode you unlock adds a new twist to keep things interesting. They may be a bit hit-and-miss overall, but they at least add some replayability. And when you consider the low asking price of Amazing Princess Sarah – just £5.79/$6.99 – you certainly get your money’s worth of entertainment.

It may not be entirely original, then, and it’s certainly generic in the looks department, but Amazing Princess Sarah is good fun for those who like old-school platformers such as Castlevania. It’s the type of game that you can play through in one or two sittings, having fun flinging one enemy at another. Then maybe you’ll return to it from time to time to tackle its hoist of additional unlockable game modes. You certainly can’t go wrong for its budget price.

This review of Amazing Princess Sarah is based on the PS4 version (played on PS5), with a code provided by the game’s publisher. It’s available on PS4, Xbox One, Switch and PC.