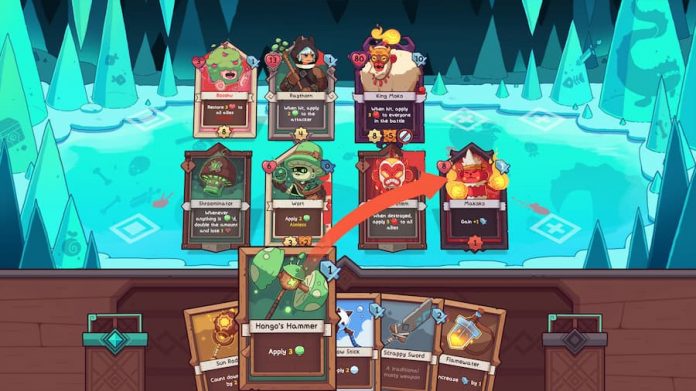 Wildfrost, arriving on PC and Nintendo Switch this Winter, is a deck-building game that tasks you with undoing a global freeze.

Developed by Deadpan Games and Gaziter, Wildfrost looks set to warm your heart along the way, sporting an absolutely adorable cutesy cartoon aesthetic. Announced at yesterday’s Nintendo Indie World Showcase, it sees you battling monsters in your quest to reach the Sun Temple, from your home base in the town of Snowdwell.

The companions you recruit add to your deck, meaning the more friends you make the better your chances of succeeding. Though even if you fail, you get to help rebuild the town which, in turn, will help you unlock all cards. Aside from just flinging cards at foes, the game will offer the ability to counter enemy attacks, in case you really want to show off.

Publisher Chucklefish boasts that not only should it find favour with Slay the Spire fans, Wildfrost offers “endless replayability”. That said, there presumably has to be a point at which you reach the Sun Temple; maybe your character will realise that undoing the frost will doom the giant murder-penguins.

The trailer shows off the aforementioned penguin foes as well as a sentient, muscle-bound berry who we hope is on our side and a particularly innovative method of disposing of unwanted cards.

You can get your mitten-clad hands on Wildfrost when it hits Nintendo Switch and PC (via Steam) this Winter. And if you missed out on yesterday’s Nintendo Indie World Showcase, check out our round-up here.