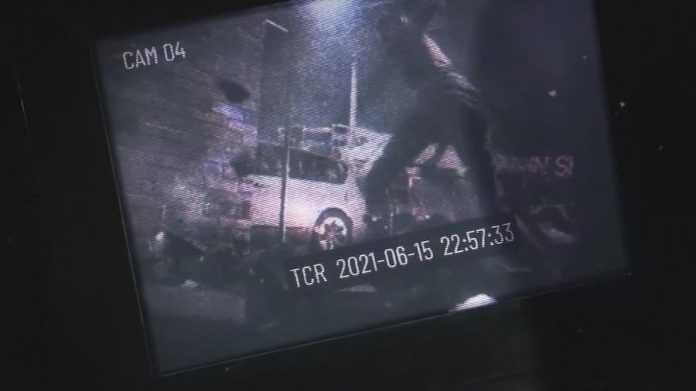 Wondering what Project W, the next chunk of Dead by Daylight’s Resident Evil DLC is all about?

After watching the trailer for this asymmetric multiplayer murder-em-up’s new content, we’re still wondering but we reckon we’ve got a pretty good idea. There have also been rumours and rumblings that seem to confirm our theory about the identity of the new content’s antagonist.

The trailer shows a character fleeing from an offscreen monster, before being dispatched by a tentacle. The character in question bears a passing resemblance to the Resident Evil 2 remake’s Claire Redfield but we suspect that’s just coincidence.

What matters more, however, is that her demise is being observed, watched on monitor by an unseen individual. There’s one character in particular who, throughout the series, has a habit of watching people on monitors, letting others do his dirty work when possible – Albert Wesker. Plus, calling the content “Project W” is kind of a big clue, too.

He’s also frequently partnered with Ada Wong, so if we’re getting a new killer and a new survivor, as tends to be the case with new Dead by Daylight, throwing both characters into the mix makes sense.

If you’ve not encountered Albert Wesker, you’re in for a treat. He’s a wonderfully hammy character who, having secretly been working for the Umbrella Corporation in Resident Evil 1, changes sides more times than he changes his socks. He’s mostly been voiced by actor D.C. Douglas although, given that he’s caused a bit of a stir recently, getting himself banned from Twitter amongst other things, his return isn’t guaranteed.

The existence of this content was announced as part of Behaviour Interactive’s 6th anniversary Dead by Daylight road map. You can expect them to reveal more, including a longer trailer and a release date, later this year.