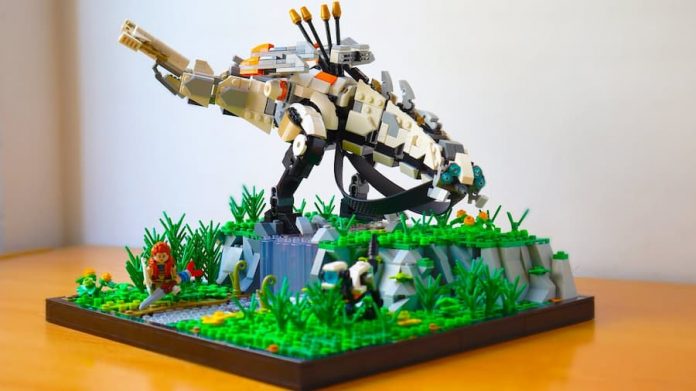 Is this Horizon Forbidden West LEGO Thunderjaw official? No. Do we want it so much that we’d walk barefoot over a mile of LEGO bricks? Absolutely.

In case you missed it, LEGO has released a set based on the post-apocalyptic action-RPG’s towering Tallneck, complete with Aloy minifig. Are there more sets in the Horizon Forbidden West series to come? We’ve heard nothing as yet, but that hasn’t stopped one enterprising modder from creating their own Thunderjaw.

YouTuber and LEGO builder hachiroku24, famed for creating their own custom Lego models and dioramas, has created a Thunderjaw that more-or-less matches the size and scale of the Tallneck kit. It’s very, very cool to look at and, if we didn’t know better, we’d swear it was an official set.

It’s just one of a wealth of sets hachiroku24 has created, which include a LEGO recreation of the scene from the Spider-Man movie where Norman Osborn turns into Green Goblin. LEGO. They’ve submitted several of their designs to LEGO’s Idea’s website, where fan designs have a chance of becoming official LEGO sets though (as far as we know) the company hasn’t taken them up as yet.

Unfortunately, they haven’t provided a list of the parts they’ve used though if you slow the Thunderjaw figure down frame by frame, you should be able to make out the parts you need. You could, in theory, then use LEGO’s Pick-a-Brick service to purchase them, though the catch is it’d cost you an awful lot of money.

You can, also, purchase the assembly instructions for an even bigger Thunderjaw, with a massive 4,000+ pieces though you’d then be looking at least $500 to make it. We think, for now, we’ll just gaze in envy at hachiroku24’s Thunderjaw and hope that some forward-thinking Horizon Forbidden West playing LEGO executive picks gets in touch. 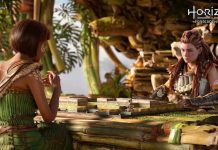