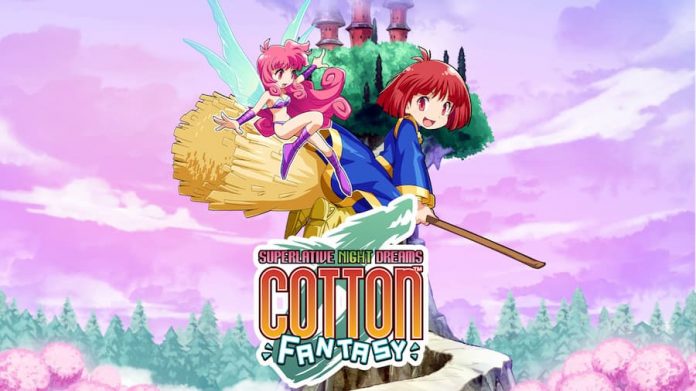 For fans of the shoot ’em up series Cotton, the last year has ben very good indeed.

There’s been Cotton Reboot!, a remaster of the original game, Cotton 100%, and more. But now there’s an entirely new Cotton game: Cotton Fantasy. With its glorious 3D visuals as well as a generous assortment of characters and stages, it might just be the best Cotton yet.

Cotton Fantasy isn’t likely to make a good impression when you first load it up, though. Its main title screen offers up just two modes: the main campaign, and a training mode where you can replay stages you’ve already beat with parameters specified by you. It just seems a little basic. It would have been nice if there were modes like Boss Rush or Score Attack to round things out. When you begin playing Cotton Fantasy, however, you’ll begin to forgive these omissions.

At its core, Cotton Fantasy plays like your typical side-scrolling shooter Cotton game. The screen scrolls left to right, through sometimes also veering up or down, and it’s your job to shoot everything that poses a threat to you while also avoiding a myriad of bullets. There are a number of elements here that make things much more interesting, however.

Firstly, characters. These offer more than just simply a different avatar and fire modes in Cotton Fantasy. Instead, each character has different mechanics, making the game feel dramatically different with each one. Play with Cotton, for example, and you’ll find that this plays just like a typical Cotton game, with coloured crystals changing your fire type and fairies to gather that you can use to initiate special attacks. 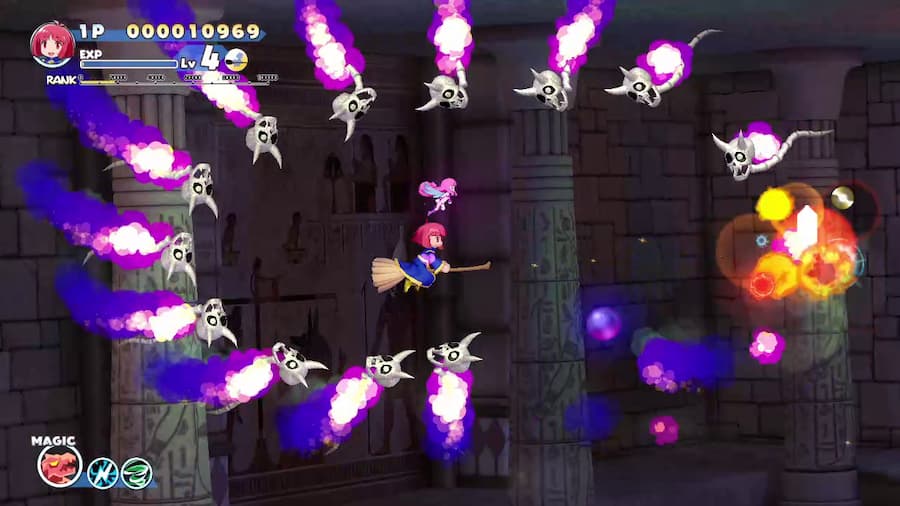 But play again with Fine, and you’ll find that fairies are a thing of the past. And so are the coloured crystals. She doesn’t even have lives. Instead, there’s a timer that counts down in the lower right corner of the screen, when that counts down to zero, it’s game over, and taking hits make its deplete quicker. You can extend the timer by killing enemies and collecting their crystals, though. And Fine can also switch between three fire types at will.

You start Cotton Fantasy with six characters available, and there’s a seventh to unlock. So already you have an idea of how much replayability there is with each character having their own mechanics. It’s just a shame that the story isn’t tweaked depending on who you play as. After one playthrough, you’re likely to skip the wonderfully animated scenes from then on.

Each playthrough of Cotton Fantasy remains somewhat exciting thanks to the fact that you can choose the order of the majority of stages. And as you complete the game with each of the characters available, you’ll unlock new stages which you can incorporate into your further playthoughs. There are even bonus stages where you fly into the screen like in Panorama Cotton, though there are no enemies to shoot, just score-boosting pickups to collect. 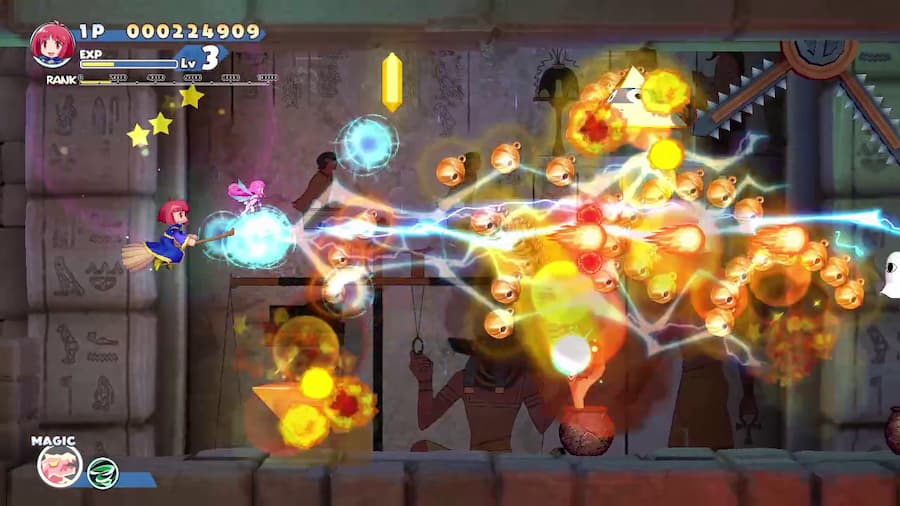 Aside from the lack of modes, then, there’s really not much to complain about in Cotton Fantasy. You could say that perhaps the screen gets a bit too busy at times, making it hard to see what’s happening. Maybe the localisation could have been a bit better, too. But these things are quite easy to overlook.

If you’re after a shoot ’em up that’s bold, colourful and offers plenty of replayability, you can’t really go wrong with Cotton Fantasy. For those new to the genre it will simply be fun working your way through its stages, doing your best to survive. But for veterans out there, there’s a high skill ceiling and a robust scoring system, presenting hours of fun to be had.

This review of Cotton Fantasy is based on the PS4 version (played on PS5), with a code provided by the game’s publisher. It’s available on PS4 and Switch. 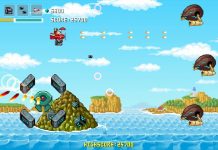 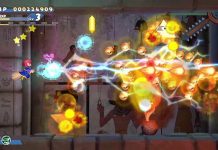