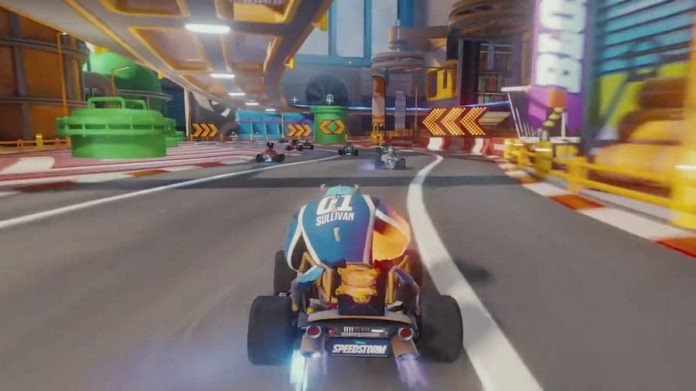 Disney Speedstorm, Disney and Gameloft’s free-to-play kart racer is on the way, and now we know which platforms it’ll grace.

Speedstorm will be coming to the PlayStation 4, PlayStation 5, Xbox Series X|S, Xbox One, PC and Nintendo Switch – all the last and new-gen platforms, in other words. Gameloft have also confirmed three of the racers featuring in the game, on top of the ones we’ve already seen in the trailer.

The roster will include Baloo the Bear and Mowgli, as seen in The Jungle Book, along with Pirates of the Carribean’s Elisabeth Swann (insert your own Swann in 60 Seconds joke here). She’ll be racing alongside Captain Jack Sparrow, though we’ve really got our fingers crossed for Captain Barbosa.

What Disney and Gameloft haven’t revealed is how microtransactions will figure into Disney Speedstorm. Given that it’s a free-to-play game, it’s inevitable that there’ll be some sort of money-milking in-game currency, though injecting that into a Disney game seems like a mistake.

Why? Because, as with Disney Dreamlight, all it would take would be a few children to empty their parents’ bank accounts, just so they can buy a new paint job for a kart or a new hat for Elsa, and Disney’s PR department would be in deep, deep trouble. Yes, there’s money to be made but, ethical issues aside, is really worth the damage it could do to the wholesome image Disney tries to project?

Disney Speedstorm is set to be released later this year, so you can expect more reveals as they come.