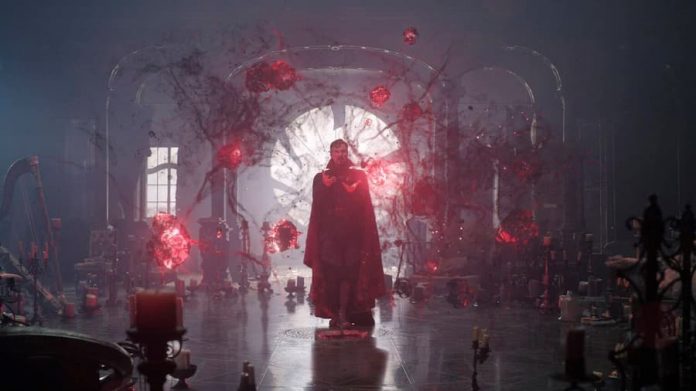 Hot off the heels of Spider-Man: No Way Home, Marvel’s other multiversal mash-up movie, comes the long-overdue sequel to 2016’s Doctor Strange.

Having now seen Stephen Strange in half-a-dozen movies and a TV series (What If…), does this sequel earn its place alongside other great MCU follow-ups such as Captain America: The Winter Soldier and Guardians of the Galaxy Vol. 2? Or will Thor: The Dark World finally be elevated from its position at the bottom of the MCU pile?

Doctor Strange’s movies and the world that’s been built around him are a little different from the rest of the Marvel Cinematic Universe. They’re darker, more out-there and in some ways, more complex; character motivations feel more convoluted and the world around him is less straight-forward than in, say, the Captain America series. The mirror dimension, for example, can be accessed, bent and warped to the sorcerer’s will, safe from the perception of the public.

Doctor Strange in the Multiverse of Madness begins true to this formula, with some kind of monstrous, initially invisible, alien wreaking havoc in New York City. The same, tired question will be asked – “Where were the Avengers?” – but the story intentionally does well to keep the spectacle big enough to be enthralling without creating enough damage that Strange can’t handle it by himself.

The reason for this monster’s rampage? It’s chasing this movie’s magical MacGuffin: America Chavez (played by Xochitl Gomez), a young girl with an uncontrollable ability to hop between dimensions of the multiverse. Chavez’s ability is interesting, sure, but when in peril, the risk feels little different to when the Machina de Kadavu in No Way Home or the Infinity Gauntlet in Endgame are at-risk. With little character development, no prior attachment to her and given the scale of the (as usual) universe-ending threat posed by the villain, Chavez feels almost expendable for the greater good.

Speaking of which – or should that be witch? – Wanda Maximoff returns, having recently freed the town of Westview from her enslavement, and once again she seeks to bend reality to her whim. Unfortunately, despite being a formidable, magical opponent for Strange and a well-written character up to this point in the MCU, her villainous reveal begins by feeling a little pantomime and ends up feeling rather one-dimensional. Ultimately, she’s little more than an angry, grieving mother of two children who never existed in the first place.

This lack of depth is unfortunately a common problem throughout Doctor Strange in the Multiverse of Madness. Situations, decisions, motivations and consequences are barely skin-deep and the smallest amount of critical thinking will unravel them like ribbons. Kamar-Taj, for example, home of the masters of the mystic arts and to the Sorcerer Supreme himself (another delightful turn from Benedict Wong), comes under siege, but both its defence and its recovery have little weight. When Sokovia was hijacked by Ultron all those years ago, it felt perilous. When the magical realm of Ta Lo was besieged in Shang Chi, the consequences felt enormous, even despite the smaller scale. Here, it’s almost blink-and-you’ll-miss-it.

Speaking of Ultron, you’ll likely struggle to follow the full threads of Doctor Strange in the Multiverse of Madness unless you’re completely up-to-date with everything in the MCU. It really doubles down on lore and its faith in the viewer to know who, or what, is being referred to. If you’re coming in blind or are a relative newcomer, you’re going to miss a lot and need to take several leaps of judgement. What If… may have been one of Marvel’s lesser-viewed (and underrated) properties, but Multiverse of Madness takes several key characters and backstory from it.

It struggles to keep a balance, too, between trusting you’re on-board with all of the previous material and explaining everything about the multiverse for those just joining us. This gives the movie a very slow start and it feels like we could have spent some more time exploring the infinite dimensions. We only catch a glimpse at some of them, and they feel infinitely more interesting than where we end up, which is a real shame.

More positively, the visual effects and editing on display in Doctor Strange in the Multiverse of Madness are superb. Scenes transition without you noticing and as has happened more and more recently (particularly in Moon Knight) actors are acting alongside themselves – sometimes several versions of themselves – and it’s so well done, you forget it can’t be real. Elsewhere, costumes and set-design really shine With so many dimensions, locations and character versions to see, everything feels fresh and has the MCU’s realistic, believable, yet comic book-faithful appearance.

Strong performances help shore this picture up, too. Benedict Cumberbatch turns in a great show as multiple versions of Strange; Xochitl Gomez does well for a newcomer in such a high-profile role as Chavez; and as mentioned, Wong (as Wong) is always a welcome presence. Conversely, while Rachel McAdams does her best with the little she has to work with as not-interested-love-interest Christine, her character feels almost surplus to requirements.

For MCU die-hards, there’s no doubt that Doctor Strange in the Multiverse of Madness is a must-see culmination of many years of work by multiple movies and TV shows. It continues to literally expand the universe, whilst pulling on story threads from across previous MCU phases and introduces a number of new possibilities for the future. For those who have followed the MCU and continue to enjoy the output, it will be an enjoyable romp; it’s enthralling enough to keep you entertained and will undoubtedly incite lively debate with your watching party afterwards. The attachment of Sam Raimi as a director may bring some of his fans in from outside of the Marvel bubble, and there’s plenty of his tropes to be enjoyed.

For newcomers or anyone considering this as their first MCU movie, however, it’s a very tough recommendation. Come back when you’ve caught up.