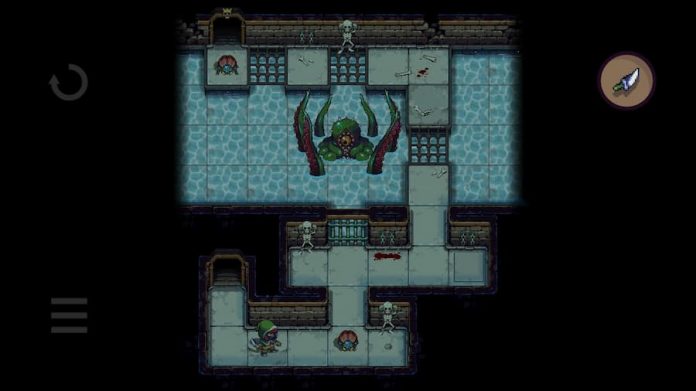 Sure, Dungeons of Dreadrock does indeed have you wandering around dungeons. There’s even a bit of monster-slaying involved, too. But this isn’t your typical Zelda-like RPG. Rather, it’s a puzzle game designed to look like one. Over 100 levels, you’ll figure out a way to get from A to B, but you’ll need to be careful: plenty of dangers await you.

You can’t freely swing a sword in Dungeons of Dreadrock. You will have one, but you can only use it to kill smaller enemies by moving into them. Large, hulking trolls and the like? You’re just going to have to run away from them. Same goes for projectiles; watch out for them and avoid their trajectory.

And so, making your way through this addictive and gorgeously-animated game is simply about watching where you stand, paying close attention to your surroundings, and figuring out how to outsmart your opponents. Easy, right?

Not quite. While the first few levels of Dungeons of Dreadrock ease you in gently, things soon pick up to a fiendish pace. In other words, you’ll really need to have your wits about you in order to succeed. Thankfully, there’s a built-in hint system to help you, which you won’t get penalised for using. Well, other than denting your own pride, of course. And if you do die, the punishment isn’t too bad: you’ll simply start from the beginning of the current dungeon. 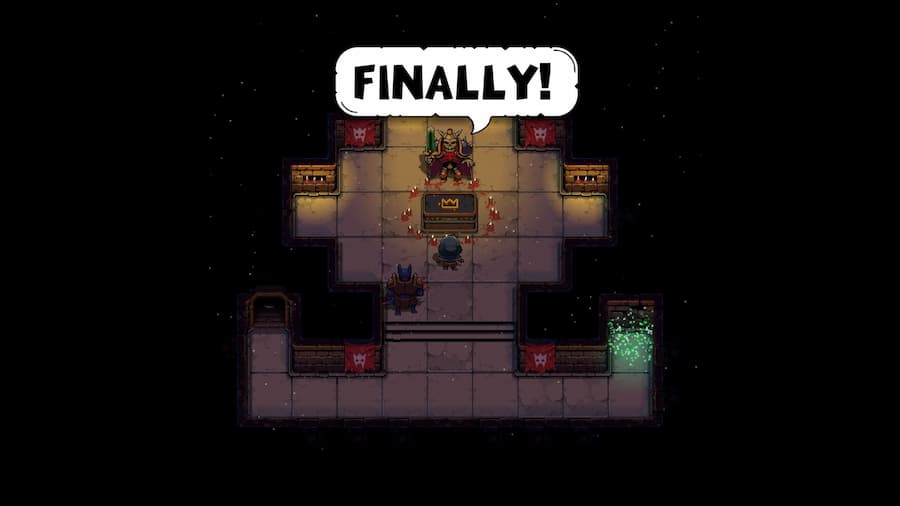 Dying repeatedly on some levels should be expected, really. This is the type of game that you’ll likely learn by trial and error. Maybe you didn’t spot that trigger switch the first time, the one that sends an arrow straight to your face. Or maybe you didn’t correctly anticipate the movement of that troll at the other side of the dungeon. It’s all about learning the room you’re in, working out the movement patterns of everything in it, and using that knowledge to your advantage.

Related: 10 Best Switch Games Available for Under a Tenner

There’s a bit of story running through Dungeons of Dreadrock, which is nicely presented via narrated text boxes and the odd text bubble. But truthfully, you won’t really care. You’ll stay for the puzzles, and if you’re a fan of testing your brain matter, you’ll struggle to put this down.

Admittedly, there’s some repetition to Dungeons of Dreadrock; ultimately, your goal remains the same: reach the exit of each room of the dungeon. But the game regularly introduces new obstacles, enemies and layers of challenge to keep you on your toes. You can never rest on your laurels too much, because it’s only a matter of time before something more challenging than before is thrown at you. 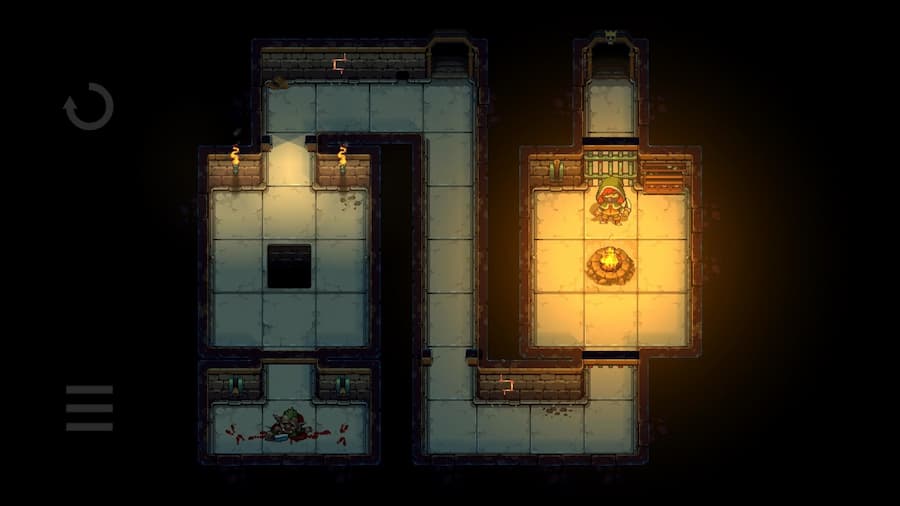 Perhaps the best thing about this game, though, is its price tag. It’s an absolute steal. On Steam, you can pick it up for just £2.89/$3.99. Barely the price of a coffee. On Switch, it’s a little more expensive at £8.99/$9.99, but it’s still a bargain considering the amount of game packed in here. It’s going to take even the boldest of puzzle fans a good several hours to crack all that Dungeons of Dreadrock has to offer.

So: if you like the idea of a puzzle game set against a backdrop of an old-school RPG, you’re going to love Dungeons of Dreadrock. Its aesthetic is excellent, and its puzzles are wonderfully designed, offering a meaty challenge for anyone willing to take it up. For such a budget price, you really can’t go wrong.

This review of Dungeons of Dreadrock is based on the Switch version, via a code provided by the publisher. It’s available on PC and Switch.