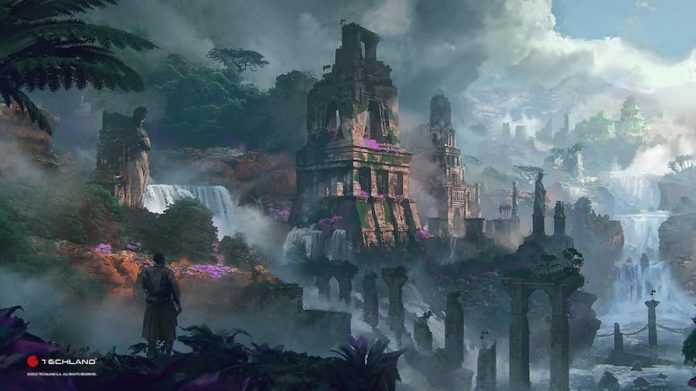 Techland has revealed it’s working on an “AAA Open World Action-RPG”, and the company is recruiting new talent for the project.

Yes, that means you’re not going to see the game this year and it may not arrive till 2024. The company has also released a piece of concept art, though don’t count on seeing any screenshots for a while.  But the Dying Light 2 developer has high hopes for the as-yet-unnamed game, stating that:

“We want to create a fully next-gen experience. A new fantasy epic set in a sprawling open world, fueled by the skills and experience we have gained as a team over the years, infused with new ideas, passion, and creativity.”

We love Dying Light 2, delays and all, and we still dive back into Dying Light on a regular basis so we’re reasonably confident that Techland can deliver. That said, a “sprawling open world” isn’t necessarily something to aspire to. Yes, Elden Ring’s map is huge, but there’s so much to do – locations to explore, lore to uncover and so forth. Just Cause 4’s massive world, on the other hand, is an exercise in tedium.

So how do you get involved in Dying Knight, or whatever Techland chooses to call their RPG project? There are a wealth of positions being advertised on the company’s website – you can find the careers section here.

Are you ready to begin a new, thrilling journey with Techland?
We are hiring for the unannounced AAA Open World Action-RPG in a fantasy setting!
Join us now! https://t.co/0yplHvELBW pic.twitter.com/MPZcv7p8iG

You may also have to move to Poland, where Techland is based, since none of the positions we’ve looked at mention remote work. There’s also no salary information, though we hope Techland will divulge that information to applicants instead of expecting people to name a number. If you do go ahead and apply, powodzenia! (which, according to Google Translate, is Polish for good luck).