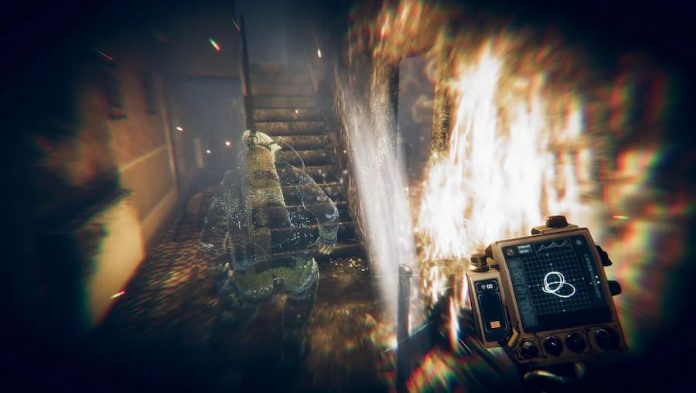 Imagine waking up to find your bedroom filling up with smoke. Your house is on fire, and your partner, laid at the side of you, won’t rouse.

You have to make a quick decision: do you stay, trying to wake him up and risking your own life in the process? Or do you leave him behind, potentially facing a life without him? That’s a real decision that you have to make in one possible timeline of Eternal Threads.

Thankfully, there’s also a timeline where you both get out alive. But another could see you both die – along with your four other housemates. That’s how Eternal Threads starts, actually. With six dead housemates, all perishing in a devastating house fire. It’s your job, as a time-travelling agent from the future, to manipulate the timeline in order to save as many of them as you can.

It’s a bizarre plot, admittedly. And once you’re into the nitty-gritty of this narrative-driven puzzle adventure, it’s easy to forget the sci-fi core that runs through the middle of Eternal Threads. You see, in the future you’ve come from, a catastrophic event has corrupted the timeline, causing endless casualties. Your concern isn’t the wider picture, however. You just need to focus on the lives of six people who have perished in a Lancashire house fire.

The very nature of Eternal Threads‘ central mechanic – changing the course of time – means that it can’t exist without that sci-fi backbone. But only for fleeting moments does this feel like a science fiction tale. The six housemates you’ll be concerning yourself with couldn’t be more grounded in reality. Ultimately, this is a very human tale about 21st century people you will undoubtedly empathise with on numerous levels. 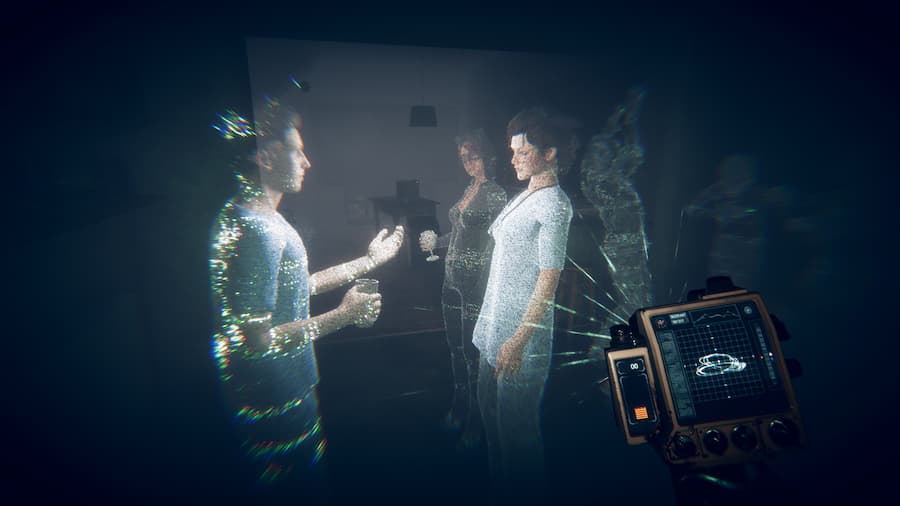 Take Neil, for instance. He’s a young university student studying to keep his emotions in check. He keeps getting into fights because he can’t control his anger. Then there’s Jenny and Ben, a young couple – one’s a junior doctor, one’s a student – feeling their way through life and trying to imagine what their future is going to look like. Then you’ve got Linda, Neil’s older sister who’s running away from a rocky marriage. There’s also Rachael, a seemingly happy-go-lucky art student, but she’s weighed down by something tragic in her past. Finally, there’s the landlord Tom. He seems a little sketchy, but it’s clear he’s weighed down by something, too.

Related: Games to Watch Out for This May

Except… none of them are alive anymore. Until you come along, that is, and change their trajectories. And so, your time with Eternal Threads will be spent jumping between 200+ events over the course of a seven-day period leading up to the fire. You’ll explore the house and see holographs of these events play out by selecting them from the game’s timeline. And by changing how a character acts or reacts to a situation, you might be able to save them all.

The ‘butterfly effect’ plays a large part in Eternal Threads‘ narrative. One seemingly innocuous conversation about something random could trigger an entire chain of events that would never have otherwise happened. How one character acts can impact another, too, and so each individual character isn’t necessarily solely responsible for their own fate. These six people live together, and their lives are connected in sometimes inexplicable ways. 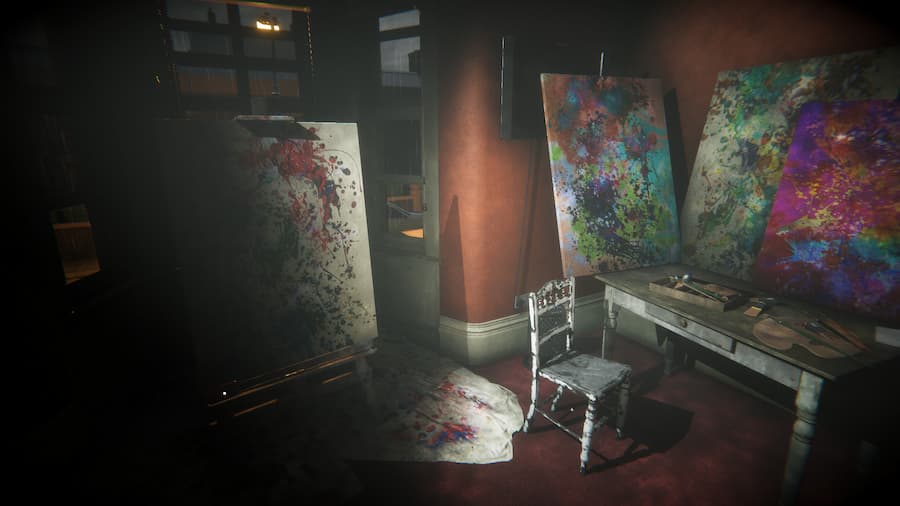 How you tackle Eternal Threads is down to you. Perhaps you’ll want to be methodical, trying to save one person at a time, jumping between events in the timeline that are pertinent to them. Or maybe you’ll want to work in chronological order, meticulously soaking up each possible scene. You could jump around randomly if you wanted. There’s no right or wrong way, and the game packs in numerous tools to allow you to play how you want.

You can filter the timeline, for instance, seeing only events that contain a specific housemate. And holding down a button will let you see which events link together; a very useful tool when you’re trying to uncover currently locked scenes. Not everything is available to you right off the bat of course, because depending on your choices, not every scene will actually happen. Many of them are simply potential events.

What is particularly clever is the way Eternal Threads reacts to previous events. There’s a bike in the house’s hallway, for instance. But depending on the choices you make, that bike might get stolen. Suddenly, the bike is no longer in the house. The same goes for locked doors and inaccessible areas of the house. Find a key or a passcode in a playback from the timeline, and you’ll suddenly find you can get somewhere new.

And exploring the house is just as important as viewing events from the timeline. As the time-travelling agent, you’re able to move around the house, noseying at letters, personal belongings and text message conversations. Not everything you see is going to help to change the fate of the housemates, but it all goes some way to understanding each character. Because once you’ve spent a bit of time with them, Eternal Threads isn’t just about saving them; it’s about getting to know them and uncovering their secrets.

It’s impossible not to care for each character, even the ones you may have initial reservations about. Each and every one of them has been incredibly well written and acted, leaving them feeling more real and tangible than most video game characters. Perhaps it’s because the Northern England setting brings it closer to home, or perhaps it’s because the troubles that each one faces are grounded and relatable. 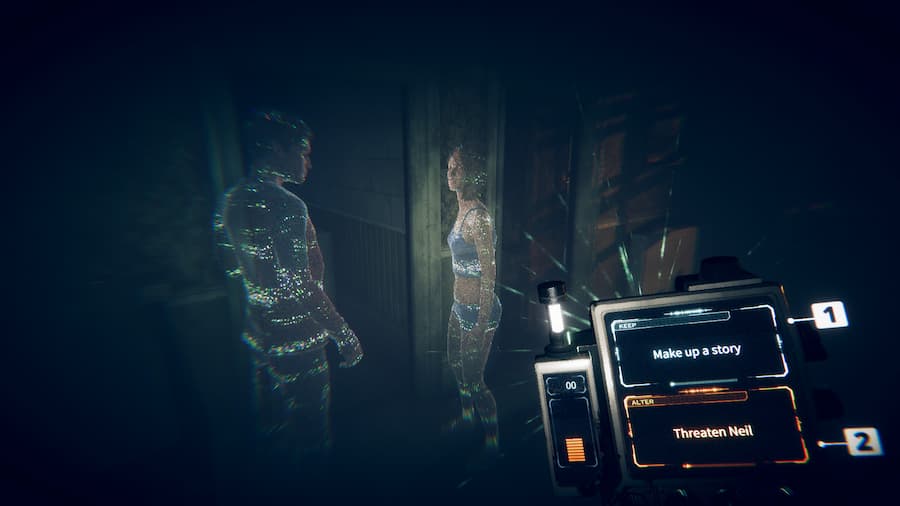 It feels a little like a soap opera at times, and that isn’t meant as a negative. Some of the scenes you might find yourself watching from Eternal Threads‘ timeline are so mundane, so… ‘normal’, like a random conversation between two friends. When the drama does unfold, it’s never more than an argument or a heated discussion. The lives of the people in the house you find yourself in are completely ordinary. But that in itself is extraordinary.

Eternal Threads‘ sci-fi slant may take you by surprise and initially get its hooks in you, but it’s the humdrum stories of the six characters you’re trying to save that will ultimately keep you gripped to your screen. It’ll take you around nine hours to complete, but you likely won’t want it to end, even when you’re comfortable in the knowledge that everyone is safe and alive. These people will feel more real and believable than most other video game characters you’ve encountered – even though they’re simply holograms on your screen.

You won’t have played anything like Eternal Threads before, and unless Cosmonaut Studios makes a follow-up, you likely never will again. This is a remarkable piece of storytelling, expertly written and crafted, weaving together the ordinary and the futuristic to create something incredibly compelling. You won’t want to put it down, and once you’ve finished, you’ll be thinking about it for weeks to come. It truly is something special.

This review of Eternal Threads is based on the PC version, via a code provided by the publisher. It’s available on PC, with console versions to come later. 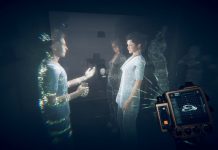 Eternal Threads, Out 19 May, Tasks You With Changing the Past to Save Lives 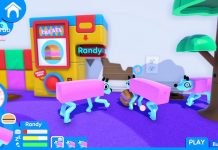