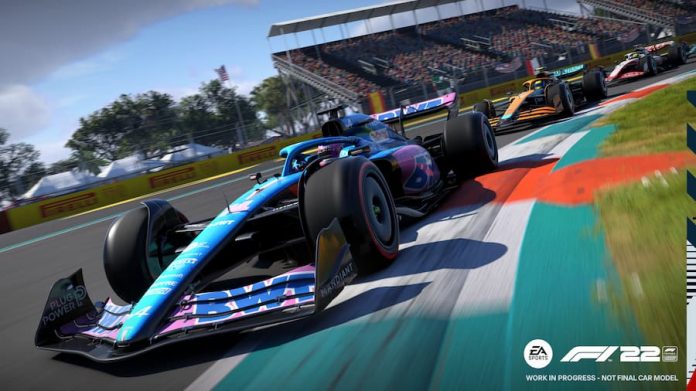 With numerous changes introduced in this year’s Formula One season, Codemasters has had its work cut out with the upcoming F1 22.

New aero rules in the sport have necessitated a physics update, for example, though you’ll find no porpoising here, for better or for worse. Codemasters has also tweaked the handling and tyre models as well; anyone that has played a Formula One game in recent years will quickly be able to feel the difference on the track. It’s not transformative, but there are subtle changes that you have to get used to.

The reason for the aero changes in real life is to create more opportunities for cars to follow closely behind others; it is said that the the old aero rules created disturbed air that reduced the downforce that cars behind could create. In the world of video games it’s hard to judge if it quite has that effect, but at least the tweaks keep you on your toes. And as ever, the handling in F1 22 feels rather good indeed.

But honestly, it’s the other new content and features in F1 22 that have us excited. Things like the inclusion of Miami International Autodrome, and the new Sprint race weekend format. It’s thanks to these that F1 22 still provides an authentic experience. But Codemasters is pushing the bar further, getting you more involved in the action than ever, and also making sure it’s presented in a way that Formula One fans are familiar with.

One way it’s doing that is by giving the players a choice of either immersive or broadcast pit stops, formation laps and safety car periods. Players that want a more immersive driver experience can indeed opt for the Immersive option, allowing them to actually play through them. Others can opt for the broadcast option, taking them out of the action for a short period of time so they can simply observe these events in TV format instead. 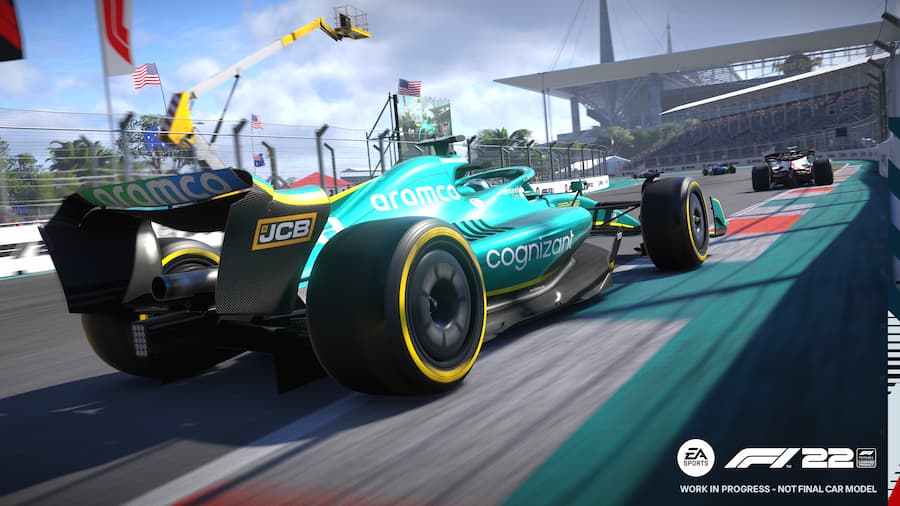 For those that want it, then, F1 22 can be the most accurate representation of the sport yet. But it isn’t doing so at the expense of casual players. The race style system makes a return, and this time those opting for the casual setting can make use of adaptive AI. Available in Normal and Full forms, it will make their competitors aware of their position on the track, and change their behaviour accordingly. Ultimately it aims to make the action still feel competitive and exciting at lower skill levels.

Undoubtedly the biggest change this change this year, however, is the introduction of F1 Life. It serves as a sort of social hub, where players can show off their fancy clothes and possessions such as exotic sports cars. You’ll even be able to drive those cars, and the safety cars, in special events within My Career mode. It’s a move made by Codemasters to add a bit of variety, and also represent the fun activities that often occur at race weekends outside of the main event.

Of course, there will be other tweaks to My Career mode as well, alongside other changes and updates being made elsewhere. The Australia, Spain and Abu Dhabi circuits have all received some attention, for example. But there’s one thing F1 22 won’t have that might disappoint some: a story mode. That’s right, there’s no continuation or substitute for last year’s Braking Point. It might return in the future, though; Codemasters state that it’s a case of simply not having enough time.

Still, from the hands-on time we’ve had with the game, and the promises of what’s to come, we’re pretty excited about F1 22. As ever, it looks brilliant, plays well, and a raft of new features, content and gameplay tweaks are set to not only ensure its authenticity, but also make it somewhat fresh. Throw in the fact that PC players can play in VR providing they have a supported headset, and we’re sure it’s going to go down a storm.