It’s a good time to be a Star Wars fan, with multiple games from galaxies far, far away currently in development.

So many, in fact, that we’re struggling to keep track of them all. And so we figured rounding them up might be a good idea. With EA announcing earlier this year that not one but three new Star Wars games are currently in development, we have so much to be excited for.

And so, here’s every upcoming Star Wars game we’re currently aware of, along with everything we know about them.

Star Wars: Hunters was first announced back in February 2021 during a Nintendo Direct presentation. It’s a “competitive arena combat game”, so think something like Overwatch, but set in the Star Wars galaxy. If you want to kick butt as Boba Fett or Chewbacca, this is your opportunity.

Announced in December 2021 during The Game Awards, it was quite a shock to see Quantic Dream – the studio behind Heavy Rain and Detroit: Become Human – being handed the Star Wars license. The idea of a story-driven adventure where we get to shape the outcome, though? That sounds a lot of fun. It will have multiple playable characters, every one having “their own morality, personality and motivations”. It’ll also feature brand new characters and species, and is set in an uncharted part of the Galaxy.

Star Wars Eclipse is undoubtedly a long way off yet, however, and we’ll have to wait a while to find out more. We also don’t know what formats it’s coming to, but PC, PS5 and Xbox Series X feel like a safe bet. You can sign up for updates on its official website.

Announced in September 2021, the classic favourite Knights of the Old Republic is being remade. Development studio Aspyr is heading it up in collaboration with Sony Interactive Entertainment. Aspyr isn’t a stranger to the Star Wars video game world, having previously worked on ports of Star Wars Jedi Knight: Jedi Academy, Jedi Knight II: Jedi Outcast and Star Wars Republic Commando.

Knights of the Old Republic first released back in 2003. It’s a rich RPG based on Dungeons & Dragons rules – or, rather, based on Wizard of the Coast’s tabletop Star Wars Roleplaying Game, which itself was a D&D spin-off. We don’t have a whole lot of information about the remake just yet, but we’d anticipate more information to come at some point this year.

Little is known about this, other than it’s an open world story-driven game set in the Star Wars universe. It’s being headed up by Massive Entertainment and built on Ubisoft’s Snowdrop engine, just like The Division 2. We’ve no doubt it’ll look fantastic, then, but we’re itching to find out more.

It was announced a year ago, back in January 2021, so hopefully we’ll hear an update soon. Naturally, there’s no release date yet. We wouldn’t even like to hazard a guess at this point. We also don’t know what specific formats it’ll be coming to, but judging by Ubisoft’s usual output we can imagine PC and consoles.

Star Wars Jedi: Fallen Order is getting a sequel. This is one of three newly-announced games to come from Respawn Entertainment, all set in the Star Wars universe. And little is known about any of them. We at least know a little of what to expect from the gameplay of a Jedi: Fallen Order sequel, which was a third-person action-adventure game packed with exploration, puzzles, combat and some gorgeous set pieces. More of the same, please Respawn.

Of course, no release date and format information is yet available. We’ll have to wait quite some time to find out more.

Little else is known, including any hint of a release date or what formats it will be available on.

The third game to be announced from EA and Respawn is a strategy game. This is being developed in collaboration with brand new studio Bit Reactor, which is headed up by Greg Foerstch. He’s the former art director at Firaxis, who worked on the likes of Civilization and XCOM. Based on that, then, we can expect a combat-driven deep turn-based strategy game. Maybe we’ll get to conquer our own Star Wars planets and lead our Stormtrooper troops to victory?

Little is known about the project other than it will be a cinematic adventure game featuring an original storyline in the legendary Star Wars galaxy. Let’s just hope it fares better than Amy’s last foray into the world of Star Wars, Project Ragtag, which was shut down by EA before it could come to fruition. 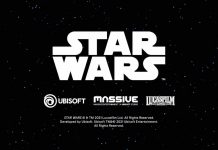