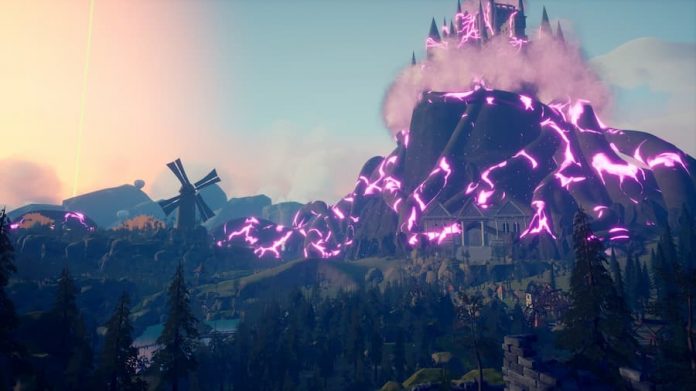 Released into Early Access at the end of April, Holomento is an action RPG with the mechanic we all fear: permadeath.

That’s right: die in the world of Holomento and it’s game over. Back to the start you go. Not all is lost, though. Providing you’ve got far enough in your previous runs, you’ll slowly begin to rebuild the ruined world around you. Shops and homes will be repaired and improved, offering better deals and more stock to future characters. That counts for something, right?

It may take you quite some time to reach that point, though, even if you’re playing Holomento on the easiest difficulty. You’ll need to amass plenty of resources and money to unlock just one upgrade, and while you’re learning the ropes of Holomento‘s world, it’s quite likely you’re going to die fairly frequently.

Combat plays a large role in the game, but at the moment it feels underwhelming. Considering the first thing you do when playing Holomento is pick up a magical book, you’d assume that magic casting is the primary focus here. But ranged magic attacks – at least of the basic kind – do far less damage than getting up close and personal to your enemies, whacking them with your fists or lunging at them with a greatsword. However you choose to attack them, though, there’s not much feeling to combat. It’s rather hollow right now, and aside from the odd dodge manoeuvre, you’ll likely be simply hammering the attack button again and again.

That lack of feedback becomes a bigger problem when you’re faced with a larger enemy that packs in a heavier attack. Sometimes you might be able to hammer with your attacks without problem. Other times you might get caught off-guard, dying in just a couple of hits. You do have a dodge roll, but it’s not entirely reliable, not always working as it should. Other than keeping your eye on your health bar, it’s hard to know when you’ve taken damage. Clunky controls make running out of a bad situation to heal yourself with a potion quite difficult, too. But hey, hopefully you’ll get better with a bit of practice. 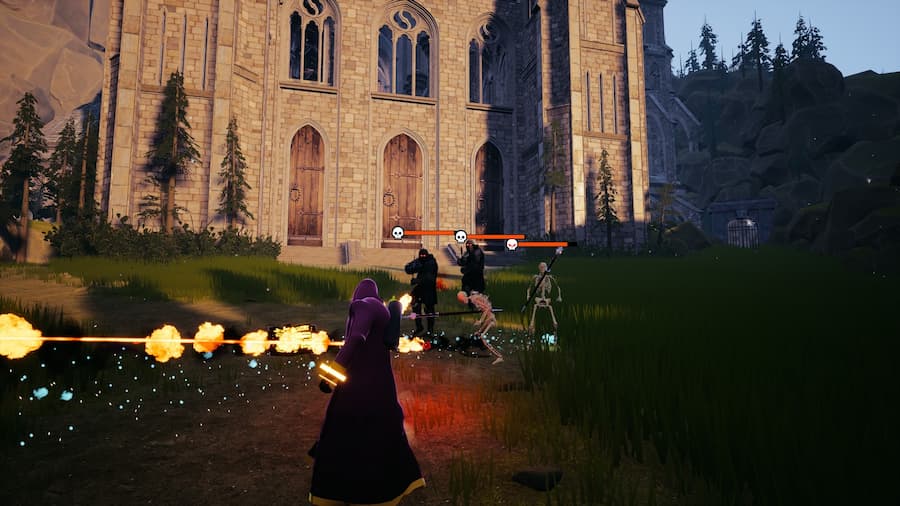 Being in Early Access, Holomento‘s roughness is to be somewhat expected. While controller support is inbuilt into the game, we’ve had issues with it, where some inputs have randomly stopped working for no reason. We’ve also had our character get stuck in a spinning animation after defeating an enemy, leading to us needing to restart.

The biggest issue, though, is perhaps the lack of atmosphere. Holomento‘s world is surprisingly beautiful, and it’s one that has us intrigued. We want to know more; we want to learn why it’s ruined, how it’s come to be in this state. And we can’t wait to begin to repair it, see it returned to its former glory. There are nooks and crannies to be explored, multiple paths to take, and lots of secrets and treasure chests for us to find. There’s also the odd environmental puzzle; switches to open doors, that sort of thing. It’s surprisingly pleasant – but it’s ruined by the fact that it currently all feels so hollow. There’s no ambience at all, and it makes it hard to get fully invested.

We remain hopeful for the game that Holomento could be after its period in Early Access, though. According to its Steam page, it’s going to be in Early Access for at least 12 months. More content, such as new weapons and trinkets, and new areas to explore are going to be added. But we hope that the mechanics are worked on somewhat, too. Give more depth to Holomento‘s combat, and breathe a little more life into its world, and there is a promising adventure to be had. 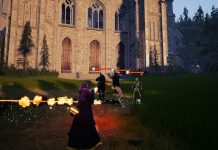 Action-RPG Holomento Invites You to Die in a Gorgeous World