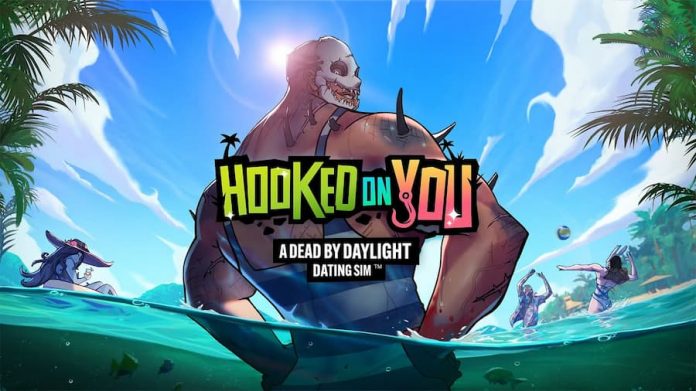 Hooked on You: A Dead by Daylight Dating Sim is, as the name suggests, a dating sim/visual novel that sees you romancing the game’s killers.

No, we are absolutely not making this up. Dead by Daylight developer Behaviour Interactive has already released a trailer and, since it’s not April 1st, it’s a dead cert that you’ll be able to woo the same killers who, during the course of asymmetric murder-em-up Dead by Daylight, were going around putting bodies on hooks.

Hooked on You will sport a very different aesthetic to the main game, adopting the hand-drawn cartoon style that a lot of dating sims and visual novels sport. According to Behaviour, you find yourself trapped on a holiday island with four killers, The Huntress, The Spirit, The Trapper, and The Wraith. Romance is an option though, according to Behaviour, so is getting hacked to death.

Though they’ve yet to reveal which platforms it’s coming to, the game is a collaboration between Behaviour Interactive and Psyop, who created KFC’s Colonel Sanders dating sim, I Love You, Colonel Sanders! Yes, that is also a thing that exists though while it’s free, we wouldn’t expect Hooked on You to be another freebie.

You can check out the trailer above and, while there’s a lack of in-game footage, there’s plenty of bathing suits on display and some satisfyingly silly upbeat music. Yes, ridiculous as Hooked on You: A Dead by Daylight Dating Sim may be, it can’t come soon enough.