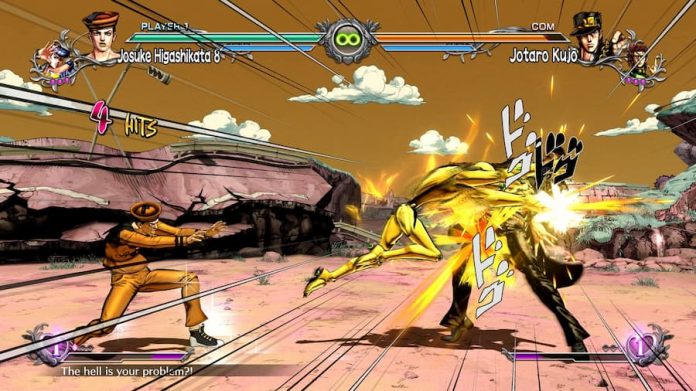 JoJo’s Bizarre Adventure: All-Star Battle R has a September release date and a trailer that’ll turn your brain upside down.

JoJo’s Bizarre Adventure: All-Star Battle R casts you as a character from the long-running manga and features a ridiculous fifty fighters, including Robert E.O. Speedwagon. Yes, there’s a fighter who takes his name from a 70s rock-band, another who can summon a steamroller and.. let’s just say it more than deserves its “bizarre” monicker.

It’s not, however, a follow-up to the slightly disappointing JoJo’s Bizarre Adventure: Eyes of Heaven. Instead, it’s a remaster of 1994’s JoJo’s Bizarre Adventure: All-Star Battle which should mean we’re getting a more technically accomplished brawler. And, inticipation of its September release, developer CyberConnect2 Co. Ltd and publisher Bandai Namco have unleashed a new trailer.

The trailer is pure anime with characters yelling at each other at the top of their voices and telegraphing their moves which, on reflection, seems like a bad idea. Oh, and a character assaults another with her bosom, a manoeuvre we’re still trying to wrap our heads round. In short, if you weren’t excited for the game you will be after feasting your eyes on the trailer. Either that, or you’ll be massively, massively confused.

JoJo’s Bizarre Adventure: All-Star Battle R is set to land on PlayStation 5, PlayStation 4, Xbox Series X|S, Xbox One, Nintendo Switch this September 2nd and September 1st on PC. But there’s also an Early Access demo on the way, which should give you a taste of this one-on-one lunacy. The demo doesn’t have a date as yet, but if you follow the game’s official Twitter account they’ll give you a heads up when it’s available.

Now, if you’ll excuse us, we have to see a man about a JCB and heavy-duty harness. No reason. 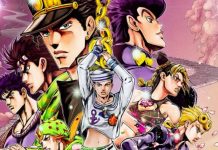