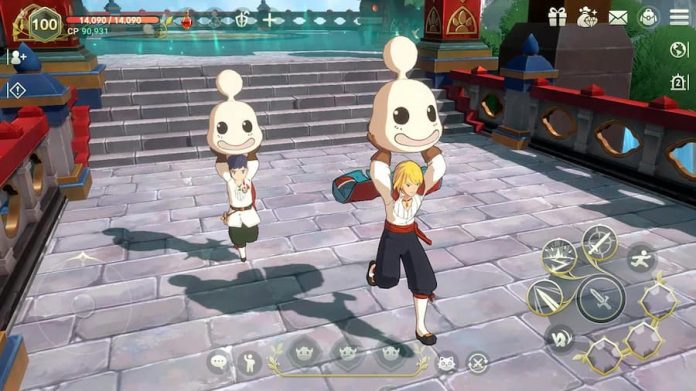 Let’s face it, with a name like that, Ni no Kuni: Cross Worlds would have been in trouble if it didn’t support cross-play.

So, when it arrives at the end of this month, you’ll be able to share this anime-inspired world with PC and mobile players alike. While famed anime studio Studio Ghibli isn’t involved in this release, it’s set in the same world as the Ghibli-assisted Ni no Kuni: Wrath of the White Witch and Ni no Kuni II: Revenant Kingdom, so should, at least, have a solid foundation.

Eastern audiences have had access to it for a while and it’s proven quite popular, but it’s only now that Western players are getting a taste of its world. Developed by Netmarble, it’ll see you playing as one of five classes, Swordsman, Witch, Rogue, Destroyer and Engineer (we’re looking forward to all the Team Fortress 2 jokes).

Aside from taking on monsters on your own, you can recruit familiars to assist you and also develop your own farm. Don’t expect Ni no Kuni: Cross Worlds to go full Stardew Valley but having a home base usually helps in MMORPGs. On top of that, you can acquire mounts such as giant cats; yes, you’ll be able to roam the open world on a giant moggy.

You can pre-register for the game on the Apple, Google Play though that option doesn’t currently appear to be open to PC players. You can find out more about Ni no Kuni: Cross-Worlds from the game’s official site, and pre-register through the provided links.

The game itself will arrive this May 25th, so if you found yourself drawn into the original Ni No Kuni games, Ni no Kuni: Cross-Worlds could well be worth a look.