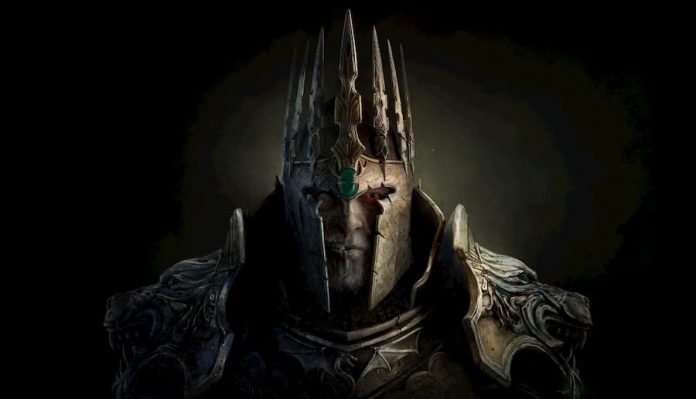 King Arthur is dead. Or at least he should be.

Slain in bloody battle against Sir Mordred, who was also mortally wounded, his journey to Avalon was disrupted. Now a shadow of his former self, he brings calamity to the land, and so the Lady of the Lake has now brought you, Sir Mordred, back to life as well. Furthermore, she tasks you with killing King Arthur once more. And so begins King Arthur: Knight’s Tale, a game that puts a dark twist on the Arthurian legend.

As Sir Mordred, you may be powerful, but you’ll need to find others who will fight under your command to achieve your goal. You’ll encounter many warriors that you may recruit on your adventure, though you can only select four for your party at any one time; the rest will wait for your call back at Camelot. Not everyone will be up for joining you, however. It’s up to you what kind of leader you want to be, and the many choices you make on your adventure may result in some potential companions refusing to join you. And those already in your command might leave.

With the action viewed from an isometric perspective, much of your time with King Arthur: Knight’s Tale is spent exploring areas selected from a world map. Those who like to search every nook and cranny in games might be disappointed here as there are many invisible walls along the way, but it pays to explore as much as you can. Loot comes in the form of coins and equipment; each character can be equipped with a weapon, armour, accessories and potions. You’ll also find shrines and resting areas as you explore, giving you the opportunity to restore lost HP/armour or gain a useful buff mid-mission.

But combat is the real meat of King Arthur: Knight’s Tale. Battles play out via good old-fashioned, grid-based turn-based combat, where you and your opposition take turns making moves. Each character has their own bank of AP, allowing them to make a number of moves. If you’re close enough to an enemy, you might be able to get two attacks in on one turn. But if you have to travel to them, moving will take up some of your AP. If you don’t want to attack, you can enable overwatch – where you’ll automatically attack an enemy if they enter your overwatch zone during their turn – or reserve your AP to use on your next turn. 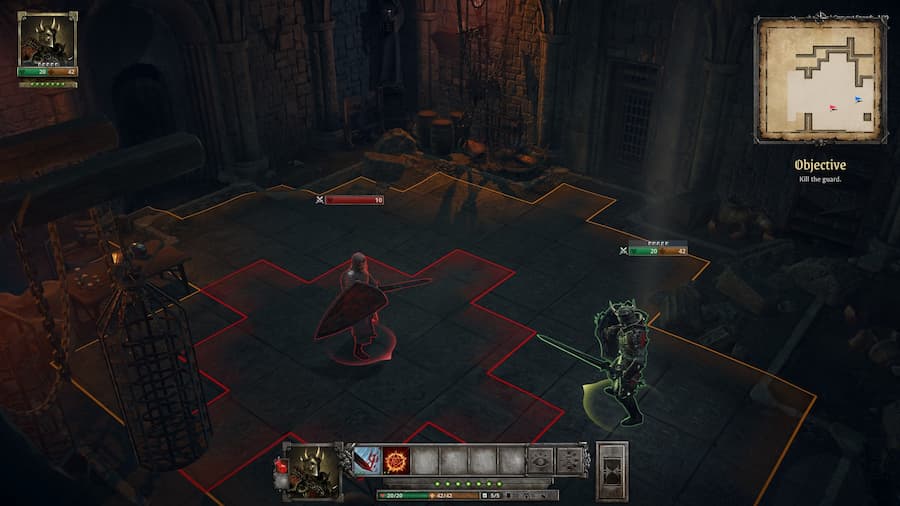 Battles take place on the very same maps you explore in King Arthur: Knight’s Tale, which means each battlefield is different. Often, you’ll have environmental obstacles to contend with; perhaps you’re fighting within castle ruins, which means you need to more carefully plan your route in order to reach an enemy. You can use the environment to your advantage, though; strategically placing your characters behind walls or otherwise sheltered might protect them against enemy arrows, for example.

With party members falling into one of numerous classes, they each have their own selection of weapons, armour and skills. And between each mission you’re able to access character screens where you can spend skill points you’ve earned to unlock new skills or enhance the ones you already have. It’s also here where you equip new weapons and equipment. As you spend more skill points, you’ll unlock new tiers with new abilities and upgrades to unlock. Ultimately, you’re in charge of your party’s development, and it pays to make them as strong as can be and get them to stick around. 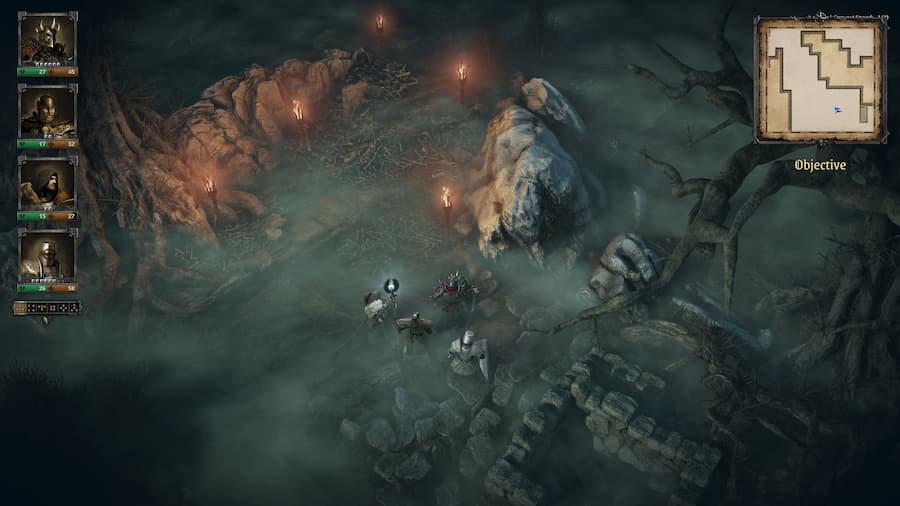 You can try to head straight through the story of King Arthur: Knight’s Tale if you wish, but you soon might find yourself under-levelled. Instead, it pays to undertake the odd side mission here and there, and also investigate events that pop up. Aside from leading to more loot and possibly new warriors to recruit, there’s also valuable experience to be earned, allowing you to develop your team further. With permadeath being a feature of the game, that’s very important indeed.

The resources you obtain are also useful in another element of the game: restoring Camelot to its former glory. There are many facilities within Camelot that need your attention. Rebuild the training grounds, for example, and they can be used to train your team. Rebuild the Merchant and you’re able to buy new items. You can upgrade them further, too, and assign team members to take charge of them for bonuses. You can even appoint titles to your most trusted members, boosting their loyalty. 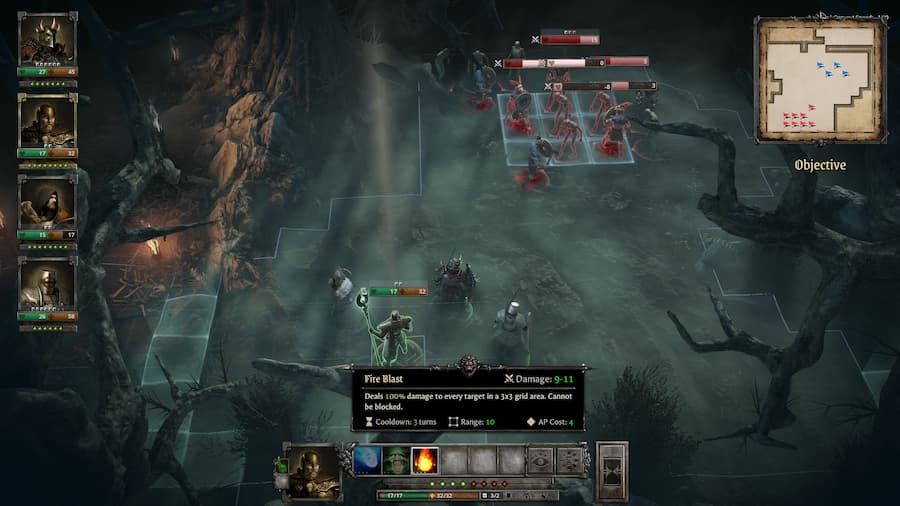 It’s just a shame that King Arthur: Knight’s Tale is rough around the edges. As mentioned previously, navigating environments can be a bit fiddly. The writing in the game leaves a little to be desired, too, while the voice acting is all over the place. But these issues are pretty easy to overlook, leaving you with a highly replayable tactical RPG worth delving into. It even has endgame content so you can really challenge the limits of the team you’ve created.

With its engaging combat and dark world that begs to be explored, King Arthur: Knight’s Tale is a treat for those who love RPGs they can sink their teeth into. It might not be the deepest in terms of mechanics or character development, but that just adds to its allure, keeping it relatively frictionless. It’s the fact that this is your journey that will really win you over though. Will you rule over Camelot as a tyrant, or try to bring peace to the land? It’s up to you. And there are many other important decisions to be made along the way.

This review of King Arthur: Knight’s Tale was facilitated via a code provided by the publisher. It’s available on PC.