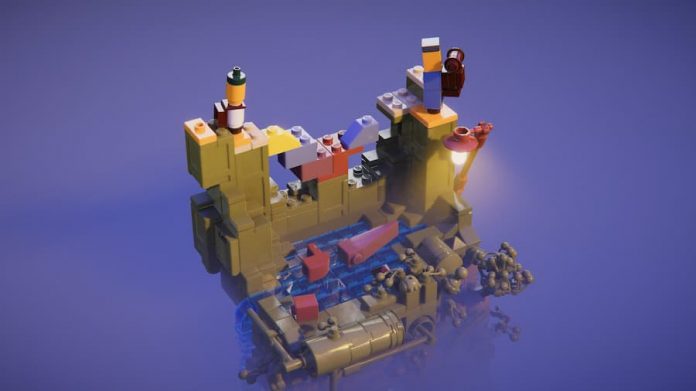 It’s not made by Traveller’s Tales, for one. Unlike the recent Skywalker Saga and endless LEGO games that came before it, it isn’t about exploring a brick-built world based on your favourite franchise. Rather, LEGO Builder’s Journey feels like a true celebration of the simple plastic brick. At its core, it’s a puzzle game: you need to move bricks around in order to unite two figures. With tiny scenes made completely out of real LEGO elements, it’s a love letter to a popular hobby, and a game that’s going to be most appreciated by LEGO fans.

It’s also a sight to behold. Bricks have been recreated in incredible, realistic detail. Thanks to excellent lighting and shadows – particularly if you’ve got Ray Tracing enabled on newer hardware – it looks fantastic.

And, thanks to a new mode just added to the game – Creative Mode – LEGO Builder’s Journey has just got even better. With Creative Mode, puzzles are shoved aside. Instead, you’re given a blank canvas to create your own brick-built masterpiece.

Your canvas is dictated by which point of the game you’re in. You can jump straight into Creative Mode even if you haven’t played much of LEGO Builder’s Journey‘s main puzzle mode, but you’re limited to one scene – a beach. Make your way through more of the game, and you’ll unlock new scenes. 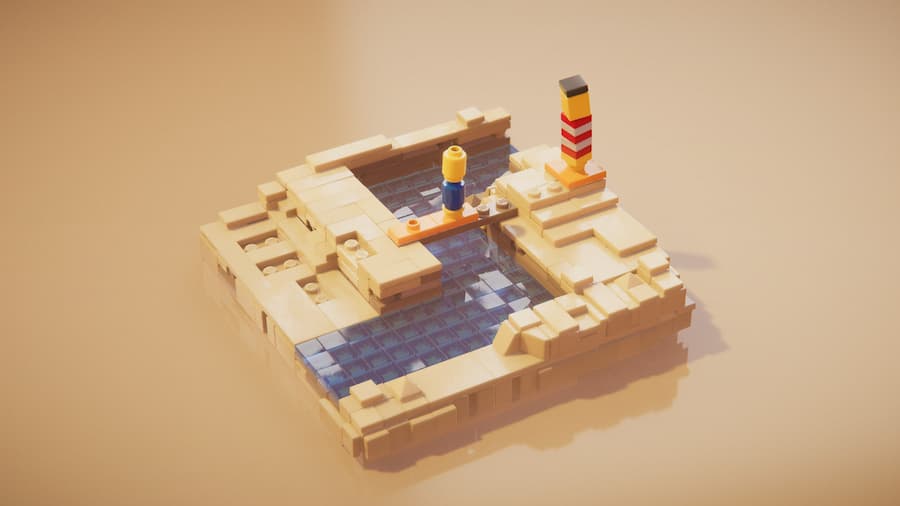 Bricks are drip-fed to you by interacting with a hatch. A handful of different pieces will spill out, allowing you to place them wherever you want. Pick up a piece, and another of that type will drop in its place, giving you an unlimited supply. You’re out of luck if you’re after a specific type of brick, however. What the hatch gives you is always random, so you need to work with what you’ve got.

Placing bricks is rather fiddly with a controller, unfortunately. If you’re playing with a mouse and keyboard on PC, you’ll have a greater level of precision. But on console, with a controller, lining up exactly where you want to drop a brick can be time-consuming. After a few minutes, you’ll probably long for some real, physical LEGO bricks to get your hands on instead.

Still, it’s a nice addition to the game, particularly considering it’s a completely free upgrade. Being able to flex your creative muscles is always a boon, even if it’s not the perfect environment to do so. If you own LEGO Builder’s Journey – it’s available on PC, Switch, Xbox, Apple Arcade and, more recently, PlayStation – it’s worth dipping into. Even if it only makes you want to dig out your random LEGO pieces to create something by hand.

If you love plastic bricks as much as we do, swing by our sister site, ThatBrickSite.com, dedicated to all things LEGO.