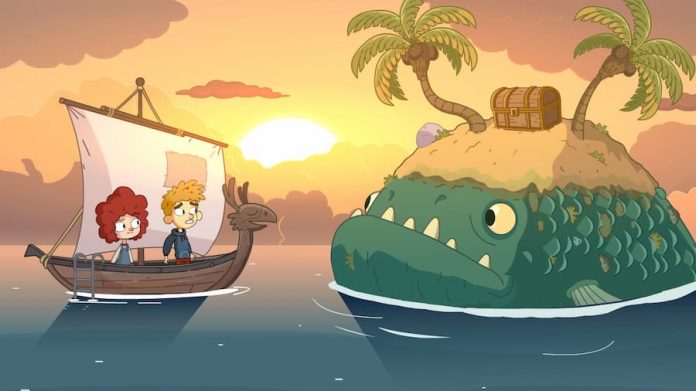 Lost in Play, a “living cartoon” which sees a brother and sister exploring imaginary worlds, is set for a summer release.

We got our hands on this point-and-click adventure in February, which is described as inspired by the spirit of play.  We were absolutely hooked by its striking visual style, describing it as “…simply beautiful, looking like a hand-drawn animation.”

Now, this Summer you’ll have the opportunity to join protagonists Toto and Gal on their adventure. whether that’s sailing across an imaginary ocean, taking the skies, fleeing a bare or, just sometimes, dealing with more mundane pursuits. There’s no English text or dialogue, meaning the characters communicate in symbols and a Simlish-style language so it’s up to you to interpret their meaning.

Lost in Play doesn’t have a precise release date, though summer seems like a thoroughly appropriate season to release this upbeat, feel-good adventure in. We do know it’s coming to Nintendo Switch and PC so if you’ve got a Switch, or were lucky enough to get your hands on a Steam Deck, why not take it outside?

Developed by Happy Juice Games and published by Joystick Ventures, Lost in Play will be priced at $19.99/€17.99/£15.49. If you want an early taste of the game before its summer release you can download a demo from Steam right now. 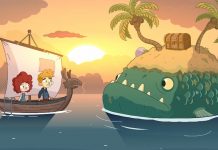