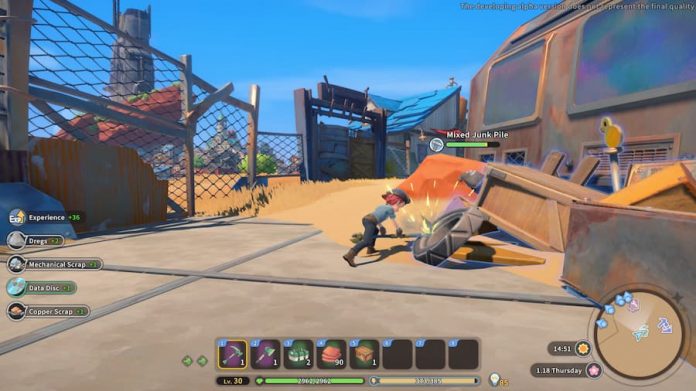 My Time at Sandrock’s multiplayer mode is coming later this year, developer Pathea Games has revealed.

The town-resurrecting life-sim recently entered Early Access but, as we noted in our hands-on preview, still “.. feels like a solid, feature-complete game that’s a joy to play.” However, there’s been some confusion over why multiplayer isn’t present in the game, which Pathea has addressed with a new behind-the-scenes video.

The video, featuring My Time series director Xu Zhi and dev. team member Aaron, explains that a lot of people thought multiplayer would be present when My Time at Sandrock launched into Early Access this week. According to Aaron, Pathea could have been a little clearer which, in turn, led to a lot of people jumping to the wrong conclusion.

The pair did, however, clarify their multiplayer plans, revealing the road map for what promises to be a smaller-scale, four-player version of the main game. Pathea will be carrying out a small-scale multiplayer test in August, followed by a global test in Late August or September.

Then, based on feedback from the test, they’ll hold a second global test in October, then developing the mode further. Finally, they’ll reveal the full multiplayer mode in December, though the whole game will, technically, still be in Early Access.

The multiplayer mode will also sport some neat, and possibly annoying, features. There’ll be less NPC interaction as the multiplayer version of Sandrock will take place before the town itself was built. Once one person takes a building contract, all four players will be able to weigh in, suggesting co-operation rather than head-to-head conflict will be the mode’s focus.

That said, Xu Zhi also revealed that, when cutting down trees, whoever makes the first cut still gets a share even if they do nothing after that point. Yes, you read that right – we can certainly see that feature hacking away at a few friendships.

My Time at Sandrock is in Steam Early Access on PC, though, like prequel My Time at Portia, it’ll eventually make the jump to other platforms. You can check out our preview of the Early Access version here. 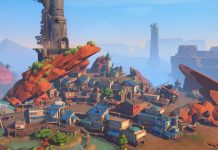