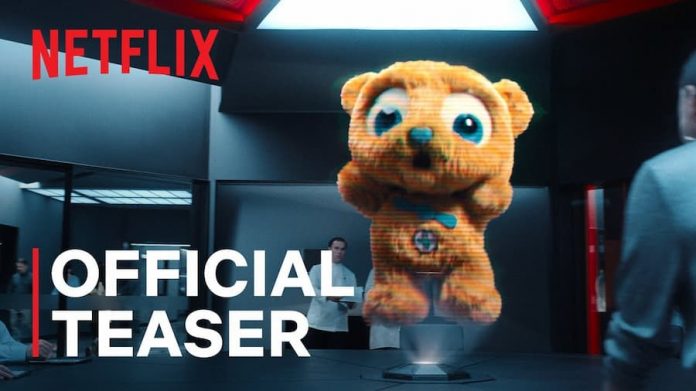 Netflix’s Resident Evil series is arriving at the beginning of July and, to convince you it’s not the absolute worst, the company has released two teaser trailers.

Okay, we’re being a little bit mean, but video game adaptations are, to put it politely a mixed bag. However, having watched both trailers, we’re actually quite looking forward to the series, which kicks off this July 8th.

It’s set to hop between two timelines, current day New Raccoon City and a post-apocalyptic London. The latter does look suitably grim, but it’s “New” Racoon City that has us interested. It sees Lance Reddick’s Albert Wesker bringing his two daughters to the hi-tech city for a brand new start.

His daughters, however, start to suspect that there’s something rotten at the heart of New Raccoon and that their father is somehow involved. On top of that, there’s a new anti-depressant out, Joy. Yes, that was the name of the We Happy Few’s magic pill, though Compulsion Games seem relatively unruffled.

On top of the conspiracy-style story, which seems like it could be fun, we’re also happy to  see the trailers don’t share Resident Evil: Welcome To Racoon City’s Sci-Fi channel feel. There’s all the the usual Resident Evil trappings in evidence; zombies, monsters, the Umbrella Corporation being absolute idiots, but it looks really, really good.

However, there may be one hiccup. Showrunner Andrew Dabb has confirmed that the games form the backstory for the series – in other words, Wesker was blown up and covered in lava at the end of Resident Evil 5.  Dabb has promised an explanation that doesn’t have him being immune to lava but our fear is it’s still going to be horribly, horribly ham-handed, particularly if, instead of Reddick being another Wesker sibling, Wesker really has changed race.

And, for an actor of Lance Reddick’s calibre, tying him to the games’ Wesker is a mistake. Reddick’s Wesker seems calm and collected, outwardly at least and, in short, not the kind of shouty, hammy megalomaniac that game Wesker was. Reddick needs to be allowed to make the role his own, without any game-related baggage.

Netflix’s Resident Evil series, simply dubbed Resident Evil, begins this July 8th, comprised of eight one-hour episodes. All eight episodes will arrive at once, unlike other Better Call S… er, shows we could mention. You can check out both of the trailers, which may not be safe for work, above.