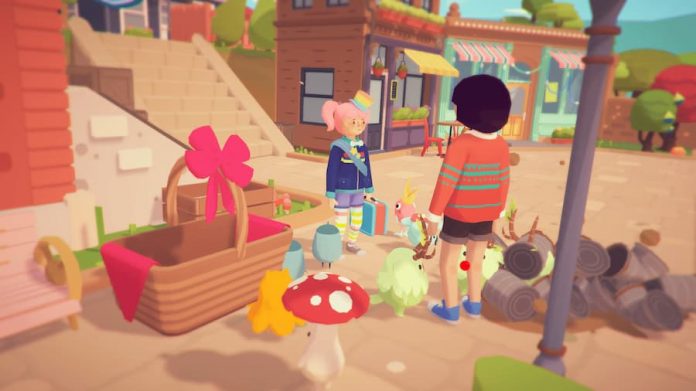 Wondering what you missed at Nintendo’s Indie World Showcase? Don’t worry – we’ve got all of the announcements here.

Indie World Showcase is Nintendo’s semi-regular presentation that focuses on indie games. It’s a great way to see what new and exciting games are coming out, outside of the usual AAA releases.

Don’t worry if you didn’t see the presentation. We’ve rounded everything up right here. And if you’d rather watch the whole thing yourself, you can watch the video at the bottom of this post.

Ooblets is Coming to Nintendo Switch

Currently only available on Xbox consoles in Early Access, fun-loving sandbox adventure Ooblets is making its way to Nintendo Switch. It’s the epitome of cozy games – you can read a little more about it here. There’s no release date yet, but it’s coming to Switch this summer.

Stormind Games’ story-driven adventure, Batora: Lost Haven is on its way to Switch. We previewed the game earlier this year, which you can read here to learn more. It’s coming this autumn.

ElecHead is coming to Switch

Already available on PC, highly-rated puzzle-platform game ElecHead is making its way to Switch. What’s particularly exciting about this is that it’s been developed by one person. It’ll be available on Switch this summer.

Rhythm-action game Soundfall is available now on PC, PlayStation 4, PlayStation 5, Xbox One, Xbox Series X/S, and Nintendo Switch. It combines looter-shooter action with rhythm-based gameplay, to great effect. It’s fiendishly tricky, but when we previewed it earlier this year, we loved our time with it. Read more about it here.

Wildfrost is an upcoming deckbuilder

A tactical roguelike deckbuilder, Wildfrost challenges you to fix the eternal frost that’s plaguing the world. If you’re a fan of Slay the Spire, it looks like this will be your sort of thing. It’s coming to PC and Switch this winter.

TABS is coming to Switch

Remember Totally Accurate Battle Simulator? It’s been popular on PC and Xbox since it launched back in 2016. It’s all about leading creative, wobbly armies into battle… but this isn’t a serious combat game. Silly is the name of the game. It’s finally coming to another format, when it lands on Switch this summer.

Gunbrella is a new game from the creators of Gato Roboto

A “noir action adventure”, Gunbrella is a side-scrolling adventure game – and it looks a lot of fun. Plus it has the coolest name ever. Gunbrella! It’s from the creators of Gato Roboto, so we have high hopes. We’ve got to wait until 2023 to get our hands on this one, though.

OFK is coming to Nintendo Switch

We’ve seen stuff about OFK before, but today we get the news that it’s also launching on Nintendo Switch. It’s a story-driven music adventure packed with emotion and heart. If narrative games are your jam, this one is worth keeping your eye on. It’s out this summer.

SILT is coming to Switch in June

An underwater Limbo, SILT is a dark but beautiful side-scrolling adventure-puzzle game. With hand-drawn illustrations, it’s a sight to behold – and it’s launching on Switch next month.

Mini Motorways is on Switch now

A launch game on Apple Arcade, Mini Motorways finally makes it way to Nintendo Switch. It’s a follow-up to Mini Metro, but rather than creating railways lines, you’re in charge of plotting roads and controlling traffic. It’s tricky, but addictive.

Wayward Strand is out on 21st July

is a story-driven adventure set in 1970s rural Australia. Players take on the role of a young girl, a budding detective hunting down clues by meeting people, examining her surroundings and more. It looks great, and will appeal to fans of narrative-driven games.

Cult of the Lamb comes to Switch later this year

From Massive Monster, Cult of the Lamb cats you as a… possessed lamb. Gather together your own cult of worshippers, and strengthen your powers to overcome deadly threats. It’s coming to Nintendo Switch later this year.

Another Crab’s Treasure is coming in 2023

As always, these presentations like to include a quick sizzle reel. Here’s a bunch more games coming to Switch soon: