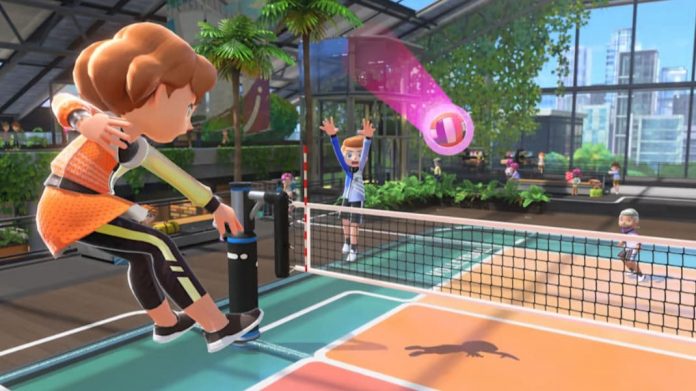 Nintendo Switch Sports is here, and it clearly has one goal in mind: to capture the joy that Wii Sports brought us way back in 2006 in a new, modernised package. Does it succeed? Not quite, but it’s a valiant effort.

There was something special about Wii Sports. No other game captured the magic of the Wii in quite the same way. It was uncomplicated, joyous, unrefined – and it brought generations together to play games like never before. Being able to go bowling in your own living room with your uni mates or with your grandparents was monumental. And we don’t think any game since has brought people together in the same way. Nintendo Switch Sports, 2022’s answer to Nintendo’s biggest-selling game of all time, tries to recapture that magic, bundling up six motion-controlled sports in one package.

In Nintendo Switch Sports you’ll find football, bowling, tennis, badminton, chambara and volleyball. All of them can be played locally with friends and family, or with other players online. To access each sport, you’ll visit the world of “Spocco Square”, an unfortunately-named but colourful hub that’s suitably Nintendo-esque. Select the sport you want to play, and away you go.

Not each sport is created equally, and the fun you get out of each one ultimately depends on how you’re playing. Football, for example, requires a player to have two Joy-Cons each, making local multiplayer difficult unless you happen to have multiple sets. Bowling, on the other hand, can be played by passing a single Joy-Con around – the perfect party game. Others require a Joy-Con for each player, so not a problem where there only two of you competing.

Your favourite sport will most likely depend on your personal preferences. They’re all very well-made and control surprisingly well. Chambara, essentially sword-fighting, feels like the odd-one-out in the collection, but it’s a welcome addition – and mastering the art of blocking and striking is rather quite thrilling. As was the case in Wii Sports, bowling feels like the easiest option to draw in a casual crowd; throwing a ball down the alley feels natural, and the Joy-Con does a decent job of mimicking the feeling of weight in your hand. 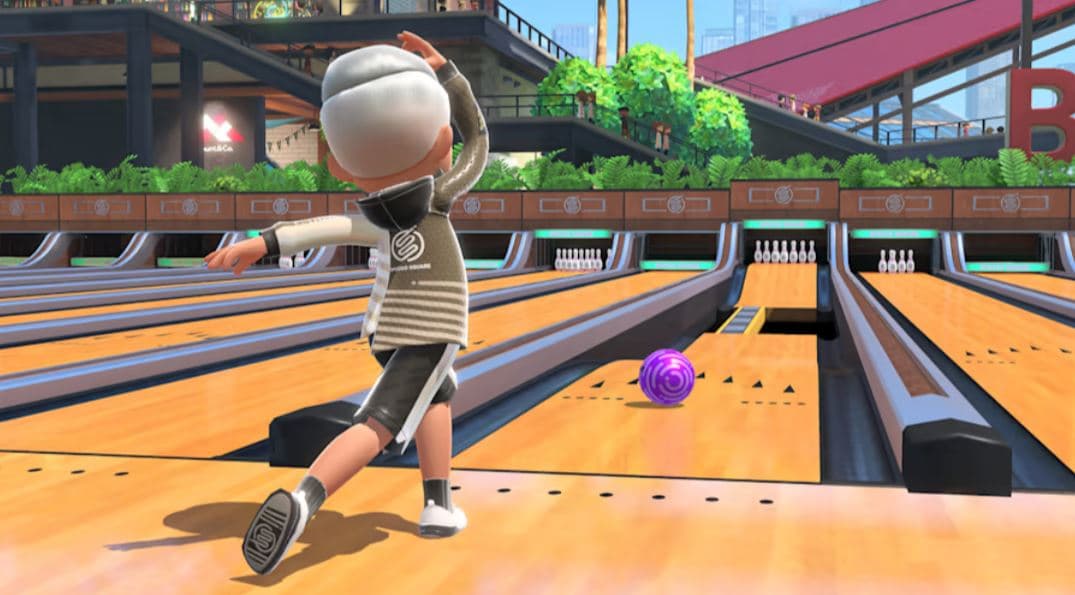 Related: The 10 Best Mario Sports Games of All Time, Ranked

Both tennis and badminton feel great to play, too. Your movements are mostly accurate – certainly close enough for a casual game. It registers different hits and power levels, and so landing a power strike past your opponent in tennis is greatly rewarding. Volleyball is perhaps the hardest to master, particularly if you’re not overly familiar with the sport. But since it requires teamwork, it’s a fun one to play with friends.

Football is the trickiest game to play locally with others, if only for the fact that you need two Joy-Cons per player. It also recommends you use a leg strap (included if you buy the game physically), but it’s not necessary. 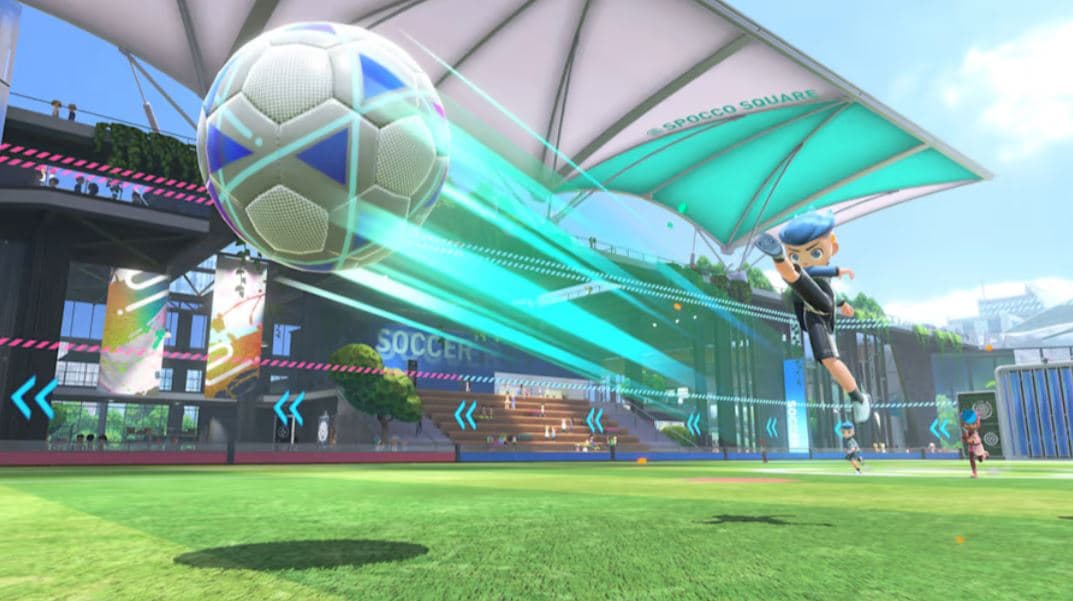 As you might have gathered already with all the mention of motion controls and Joy-Cons, you can’t play Nintendo Switch Sports handheld. You need to use Joy-Cons that are detached from the system. That means you also can’t play on a Switch Lite, unless you have a set of Joy-Cons to sync to it. Your Pro Controllers are no good here, either. And, for no discernible reason, you can’t play any game in local multiplayer unless it’s docked to your TV. Presumably it’s a health and safety feature; if you’re playing on a bigger screen, you’re more likely to be spaced out and less likely to thwack someone in the face as you swing a Joy-Con around. Fair, we suppose, but it does ruin the idea of playing Nintendo Switch Sports on holiday or over at a friend’s house.

Online works pretty well in Nintendo Switch Sports, and we’ve never had a problem matchmaking – unsurprising for a first-party Nintendo game less than a week from launch. But we do have to wonder how long the online community will stay buoyant. The joy of motion-controlled games has always been in local multiplayer; it stands to reason that the novelty of waving your arms around whole playing alone may well wear off. 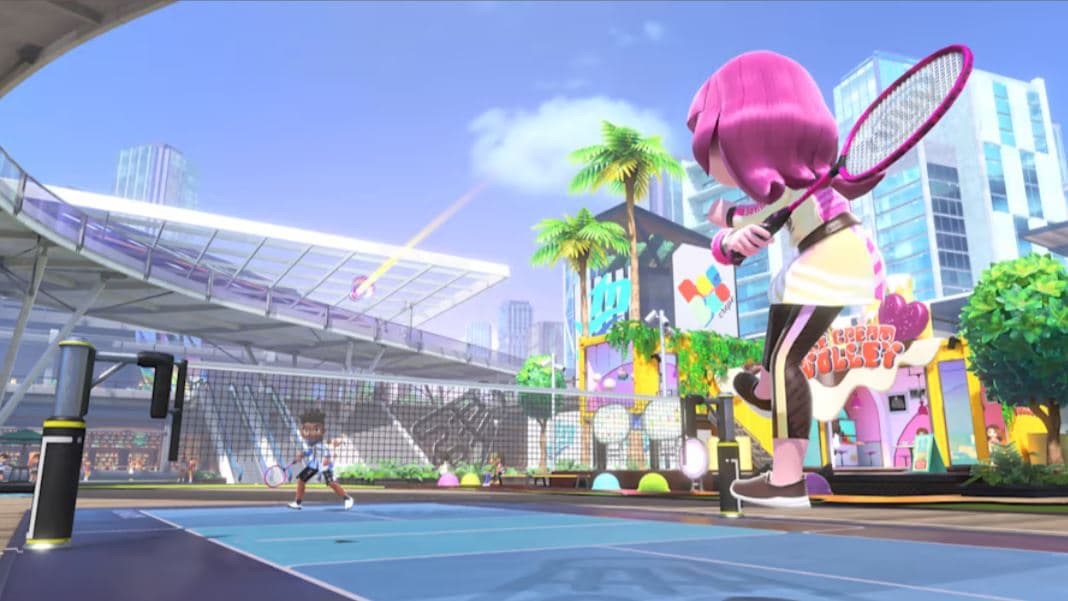 Thankfully, you can play against bots if that does happen. But that’s not the biggest problem we have with online mode. Nintendo Switch Sports packs in a wealth of cosmetic items to doll up your player avatar with, but these can only be unlocked while playing online. And it simply feels unfair for those who want to enjoy Switch Sports as a party game. They can never unlock fancy costumes or new hair for their characters. And when playing with friends and family is surely the biggest draw of a game like this, it’s a baffling choice.

Frustrations aside, there’s plenty of fun to be had in Nintendo Switch Sports, no matter how you choose to play. It’s a valiant nod back to Wii Sports, slightly more grown-up and refined this time around. Perhaps it’s not quite as fun – though maybe that’s just because we’re older and more world-weary than we were back in 2006 – but it’ll undoubtedly still be a game to pull out at any family gathering. It’s just a shame that earning new cosmetic items is locked to online play.

A code was provided by the publisher in order for us to review Switch Sports. It’s available on Nintendo Switch.