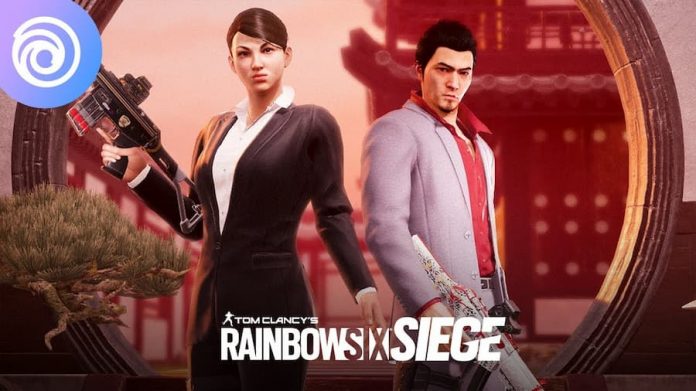 The content, which will be available in Rainbow Six Siege from 24th May, lets you dress up as badass dad Kazuma Kiryu and tough-as-nails Tokyo cop Kaoru Sayama from the Yakuza series. Both wield custom weapons, which may seem a bit odd as – the non-canon Yakuza: Dead Souls aside – Kiryu prefers to use his fists.

The reason for this discrepancy is that you’re not actually playing as the characters. Instead, you’re just applying their outfits to, respectively, Echo and Hibana. So you can happily shoot people in the face, even though Kiryu would roundhouse-kick that assault rifle out of your hands.

We won’t find out exactly how much the outfits cost until they launch, but based on previous DLC outfits you can expect to pay $19.99 for either costume, or around $35 for both.

Yes, that’s a little pricey for a single costume, especially once that doesn’t actually transform you into the character. But if you’re a hardcore fan of Sega’s long-running open-world action-adventure and you’ve played actual Yakuza game to death, it might be worth taking the plunge.

This isn’t the first time Kiryu has appeared in a random game. Last year, we were able to put him inside a ball and put him through his paces in Super Monkey Ball Mania.

The trailer, which you can watch above, also teases the arrival of another costume; one seemingly based on hyperactive oddball and sometime ally Goro Majima. There’s no release date as yet for this third costume, but we’d expect it to arrive reasonably soon. 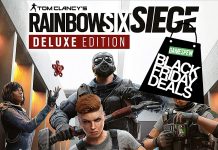