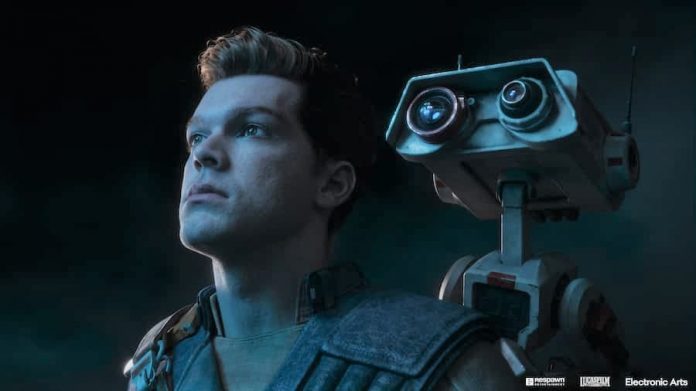 A sequel to Star Wars Jedi: Fallen Order has been officially unveiled, set to release in 2023.

Cal’s now a fully-fledged Jedi – one of the last in the galaxy. And with the Empire constantly pursuing him, he’s got to stay one step ahead at all times. It’s not easy, though, so he needs to seek out allies from across the galaxy who can help him on his journey.

Needless to say, we can’t wait to see more of Star Wars Jedi: Survivor. We loved its predecessor; it was one of our favourite games of 2019 and one of the most refreshing games based in the Star Wars universe for years. And so we’re excited to see where its sequel is going to take us.

Of course, details are rather scant right now. We have a one-minute announcement trailer, showing a brief snippet of non-gameplay footage, and we know we’ll be back in control of Cal. But that’s about it.

Like Fallen Order, it’s being developed by Respawn Entertainment in conjunction with Lucasfilm Games. Stig Asmussen, the game director at Respawn had this to say following the announcement:

“For Jedi: Survivor, we are working in lockstep with Lucasfilm Games to build on the legacy of Jedi: Fallen Order. We’re leveraging advanced technology to create more dynamic Jedi combat and cinematic storytelling to expand on Cal’s story as he matures and survives during the dark times. We can’t wait to share more about the game with the world later this year.”

What we do know, though, is that Star Wars Jedi: Survivor is coming to PS5, Xbox Series X/S and PC. That’s right: there’s no PS4 or Xbox One version in the works. This is one of a handful of upcoming AAA games taking this direction, and with the current generation consoles 18 months into their life, it’s starting to make sense as it allows developers to focus on pushing the technology as far as possible rather than make sacrifices for older consoles.

Give the announcement trailer a watch below: