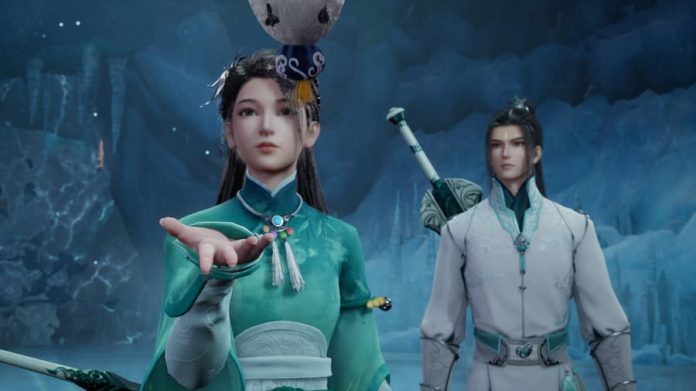 Sword and Fairy: Together Forever may sound like the world’s oddest love affair, but it’s the latest installment in a long-running RPG series.

Why the name change? Because only a handful of Sword and Fairy games made it to the west. They aren’t sequels in the same way that the Halo or Gears of War games are, but there are definite connections. And seeing Sword and Fairy 7 on a shelf might put purchasers off, since they didn’t play Sword and Fairy 1 – 6.

Semi-sequel or not, Sword and Fairy: Together Forever looks absolutely gorgeous, sporting animation that, while exaggerated, stops just short of going full Naruto Run. Just feast your eyes on the trailer below if you want a glimpse of how fantastic it looks in action.

But how will it hold together as a game? Publisher Eastasiasoft Limited promises “..dynamic real-time combat mechanics with total freedom of movement” and, going by the trailer, some of the fights could put Devil May Cry to shame. There’ll also be a range of diversions including making friends with spirits, though the all important question of “Can you pet the dog?” has yet to be answered.

The console version will sport some exclusive outfits and at some point will get a physical release as well. It should be accessible to newcomers though some long-term fans have grumbled about the removal of turn-based combat. Still, if Chinese mythology and all its gorgeous trappings appeal to you, Sword and Fairy: Together Forever could be right up your street.

Sword and Fairy: Together Forever is set for a digital release this summer, landing on PlayStation 4 and PlayStation 5.