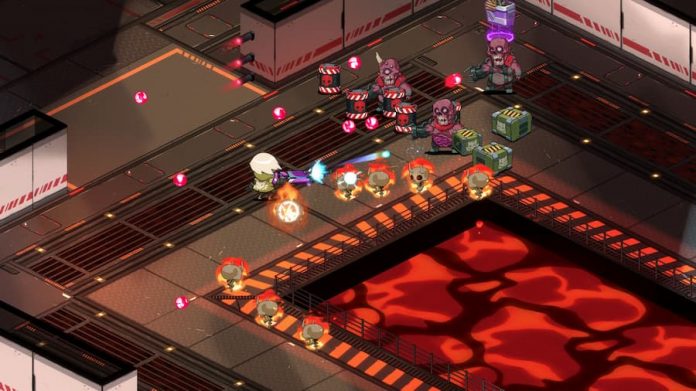 Dropping you into a dungeon without any real context, Wildcat Gun Machine might initially leave you a little puzzled.

Taking control of an unnamed female soldier wearing an eyepatch, you’ll initially find that all you can do in Wildcat Gun Machine is move and shoot. Needless to say, it’s basic, and a little underwhelming. But push on with the action, viewed from an isometric perspective, and things soon pick up.

Moving through corridors and rooms, you’ll find that the enemies here are DOOM-like in their design; hellish, and frequently combining organic flesh with futuristic tech. And once you’ve blasted a fair number of floating skulls and demonic entities in the first area, the game opens up and finally gives you an idea of what you’re in for in the long run.

That is to say, defeat Wildcat Gun Machine‘s first boss, and you’ll unlock the ability to dash out of the way of enemy attacks and throw a powerful grenade. You’ll also notice that a door somewhere in the dungeon you’re in becomes a little less growth-infested. So, maybe if you find another boss and defeat it, the door will open, allowing you to proceed further?

You’ll have probably also realised at this point that a mysterious currency you’ve been collecting can be used to fabricate new weapons and upgrades at a checkpoint. And when a gauge is full, you can enable a powerful ‘Gun Machine’ mode for a short while, making you invincible and greatly increasing you’re firepower. Needless to say, you have all the ingredients for a fun time. 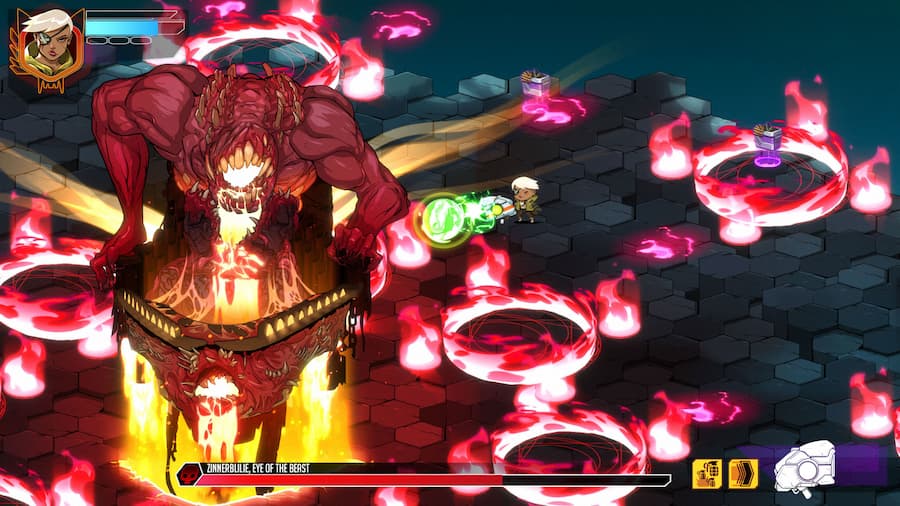 And it is. But it’s also challenging. Ultimately, your goal is to make your way through multiple dungeons, facing off against a myriad of powerful bosses along the way. To achieve that goal you’ll need to move room to room, defeating hordes of enemies. Many of those enemies spew bullets like they’re going out of fashion; others chase you down with reckless abandon. Killing enemies will only get you so far, though. You also need to find key cards, each one granting you access to more areas of each dungeon.

To make things more exciting, and improve your chances of success, many special weapons can be found in the dungeons to bolster your array of pistols. Only one special weapon and one pistol can be equipped at any one time, however, with the former having a limited supply of bullets. Upgrades, on the other hand, include decreased cooldown timers, alternate grenades types, new Gun Machine modes, and more. The steady pace at which they’re doled out keeps things interesting. And while you might find yourself fighting for your life at times, it feels fair. 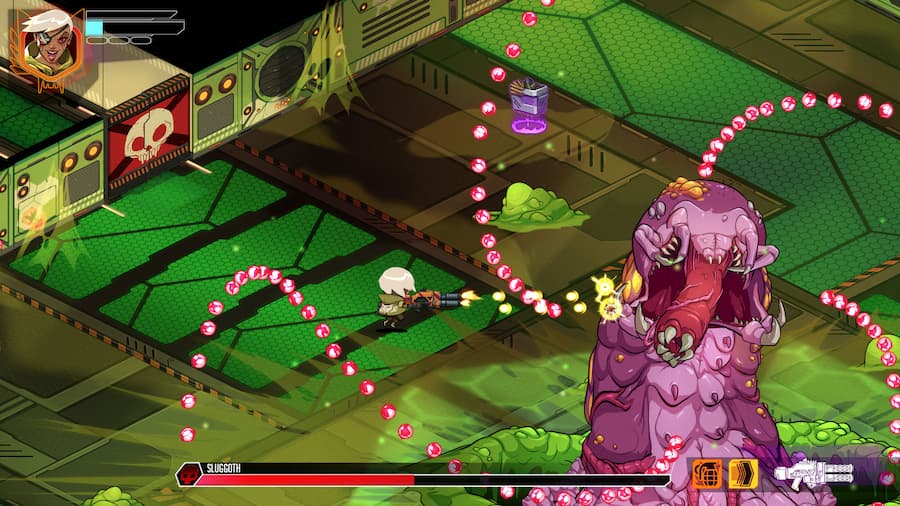 But as enjoyable as it is to play Wildcat Gun Machine, it’s not particularly impressive in any way. It’s just a fairly run-of-the-mill bullet hell shooter wrapped up in a cute, colourful visual style. There are some issues, too. You can sometimes get stuck on scenery in the heat of battle, for example, and while additional respawns are available, they’re not particularly useful since they just place you back at the entrance of the room you died in. And if you entered with shields or a full Gun Machine gauge, you’ll find them depleted.

If you’re drawn in by the art style, chances are you’ll have some fun with Wildcat Gun Machine. Fans of the twin-stick shooter genre might want to check it out, too. It makes a refreshing change for this type of game to not be a roguelike in the current market, and while it won’t be featuring on anyone’s GOTY lists, there’s still hours of entertainment to be had with it.

This review of Wildcat Gun Machine is based on the PS4 version of the game, via a code provided by the publisher. It’s available on PS4, Xbox One, Switch and PC.