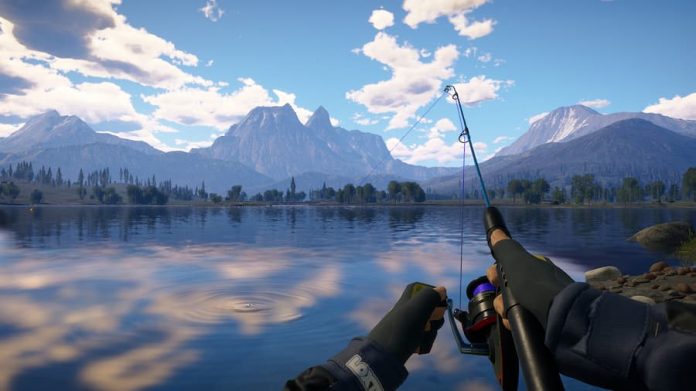 Call of the Wild: The Angler, announced for a 2022 release, promises to deliver gorgeous solo or multiplayer open-world fishing.

“Whether you love the thrill of the sport or the quiet joy of exploring the outdoors, this is an experience that’s great to enjoy on your own or shared with friends,” game director Paul Rustchynsky states.

Yes, theHunter: Call of the Wild was an accomplished hunting game, but you could also spend hours just wandering around spying on animals and immersing yourself in nature; it’s good to see Expansive Worlds acknowledge that.

The company has confirmed there’ll be at least one open world to explore, filled with lakes, waterways, ponds, and much more. If it’s anything like theHunter, the game will contain at least two open world areas, with more being made available as DLC down the line.

You’ll also be able to take to the water in a boat, seeking the perfect spot to cast off, reeling in Largemouth Bass, Mountain Whitefish and other fish. In short, it sounds like it could be an amazingly chilled out way to fish or just wander the wilderness which, as you can see from the trailer, looks suitably picturesque.

Expansive Studios haven’t confirmed whether land-based animals will put in an appearance, though we’d love it if we could just sit on the the shore and spy, just a little further down, a deer coming for a drink. But you will be able to share the experience with twelve other like-minded players, thanks to the game’s online co-op mode.

Call of the Wild: The Angler casts off this year on PC via Steam and the Epic Games Store. It’ll arrive on consoles at a later date.