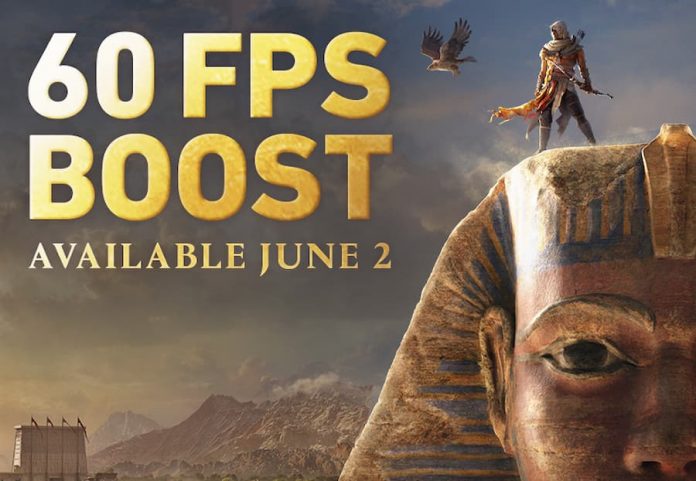 The patch, which will arrive tomorrow, June 2nd, will let you run Assassin’s Creed Origins at 60FPS on next-gen consoles. At least, that’s according to Ubisoft’s tweet – reasonably, we’d expect it to to hit 60FPS most of the time, with the odd frame-rate dip. But given that the original un-enhanced game was a sheer joy, we’re looking forward to this FPS face-lift.

The patch will be available for the Xbox Series X|S and PlayStation 5. There’s no word as to whether there’ll be other performance modes; typically, next-generation upgrades feature performance and fidelity modes, so you can run the regular game at 60FPS or have a prettier version running at 30FPS.

The upgrade’s release couldn’t have come at a better time. Assassin’s Creed Origins joins Xbox Game Pass this June 7th, meaning that Xbox Game Pass or Xbox Game Pass Ultimate subscribers will get to run around Egypt in glorious 60FPS, absolutely free. You can also delve into Origins’ educational mode which lets you take a closer look at Ancient Egypt without having to murder people.

The patch should be available from tomorrow, 2nd June, and you should be prompted to download it if it’s not already been downloaded in the background. You can check out our review of Assassin’s Creed Origins and find out what else is coming to Xbox Game Pass here.