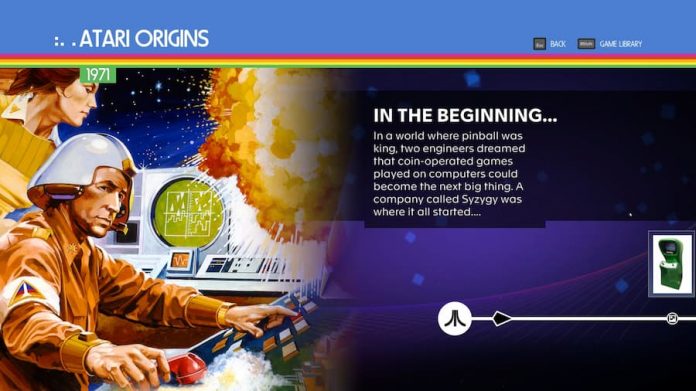 Atari 50: The Anniversary Celebration will feature over 90 Atari games, which is the least interesting thing about it.

Don’t get us wrong, we’re still looking forward to tackling Atari’s back catalogue when Atari 50 arrives on PC and console this November, celebrating 50 years of the company’s history. We’re not just talking about Atari 2600 games, either – it’ll feature games that were published right up to the 90s, across a whole variety of platforms.

However, what’s really got us grinning at the prospect of diving into this compilation is the supplemental materials. Aside from the games, which will be organised by timeline, there’s set to be a wealth of interviews, sketches, schematics and even memos.

We’re hoping at least a couple of those memos will address the disastrous and legendary E.T. We’d love to know what was going on behind the scenes when the company realised what a duff product they’d spawned.

On top of that, Atari 50 will included a handful of games that were never completed, and some new remakes produced specially for the compilation, developed by Digital Eclipse who are also putting the whole package together.

In short, if you’ve the remotest interest in “proper” Atari – the original pioneering games company, not the tenuously related “Atari Interactive” brand – it sounds like retro-gaming fans could be in for an absolute treat.

Atari 50: The Anniversary Celebration is set for a November 2022 release, landing on Nintendo Switch, PC, Xbox and PlayStation.