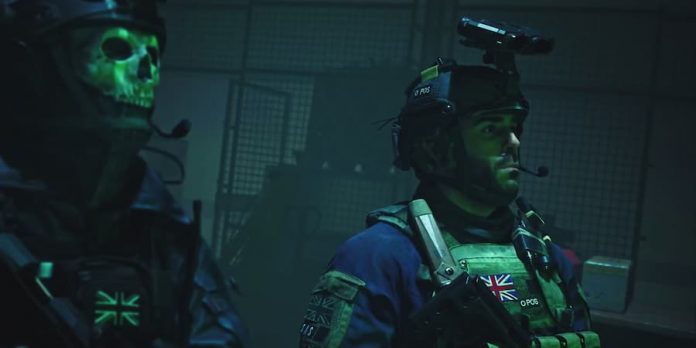 The first proper trailer for Call of Duty: Modern Warfare II is here and we can’t stop thinking about it.

It’s suitably dramatic though, despite being labelled a gameplay trailer, it doesn’t feature a massive amount of gameplay. Instead, it teases the story behind  Call of Duty: Modern Warfare II’s single-player mode, which has special ops unit Task Force 141 tackling a new menace and, at some point, sees them working alongside Mexican Special Forces.

The trailer has the team blasting, swinging and choppering their way across a wealth of locations. According to publisher Activision Blizzard, it’ll feature “..offshore sieges with underwater combat, all-out explosive assaults from 30,000 feet above enemy strongholds, and high-stakes, low-profile stealth missions.”

In other words, there should be something for everybody, at least everyone who likes modern-day gunplay. That said, we’ll be curious to see just how rigorously it enforces those stealth missions; will Modern Warfare II whack on the nose with a newspaper and yank you out of the mission? Or will it watch, mumbling “I told you so?” as the enemy overwhelm you?

We’re certainly glad to see that there’s some real substance to Modern Warfare II. The last trailer was so scant we were concerned it wouldn’t make its October release date or that developer Infinity Ward would be forced into non-stop crunch.

However, that’s not the reason Call of Duty: Modern Warfare II’s trailer is stuck in our heads. That has to do with  the moment in the trailer where the team uncover a green, glowing item.  In the tradition of Pulp Fiction’s briefcase, we’re not shown what it is but our brains have been working overtime and so far we’ve got it narrowed down to three things:

We’ll have to wait till October 28th to find out, which is when Call of Duty: Modern Warfare II arrives on PlayStation 4, PlayStation 5, Xbox One, Xbox Series X|S and PC.