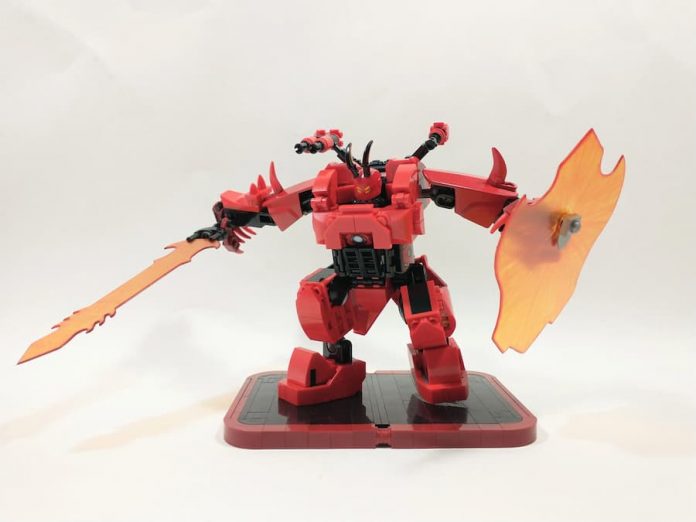 It may not be an official set, but this LEGO version of Doom Eternal’s Dark Lord is pretty great.

We live in hope that LEGO will come out with some sort of Doom set. So far we’ve been disappointed – no chunky, blocky Cacodemon for us – but one talented Reddit user has turned Doom Eternal’s Dark Lord into a LEGO model.

If you’re scratching your head, wondering where this red, armour-clad figure turned up in Doom Eternal and how you missed, them, don’t worry. You’re not losing your marbles – the Dark Lord, in other words, Satan, was the final boss of the The Ancient Gods – Part II DLC. We’re not going to spoil Doomguy’s bloody journey, but taking down the Devil was the perfect way to end Doom Eternal’s story.

The LEGO version was crafted by Reddit user I-Have-An-Alibi, who has also created some excellent looking Doom minifigures as well as a wealth of non Doom-related items and a… Star Wars bulldozer?

Looking at the model, it nails most of the detail, though we suspect the sword and shield had to be custom made. Another Redditor has crafted a LEGO Icon of Sin, though to really do the Icon of Sin justice (with its removable armour) you’d need a ridiculous number of bricks, we’re talking LEGO Star Wars Super Star Destroyer quantities.

You can feast your eyes on I-Have-An-Alibi’s creation by clicking here or the embed above. Now, if you’ll excuse us, we’re going to investigate how many knee joints a LEGO Spiderdemon would need.