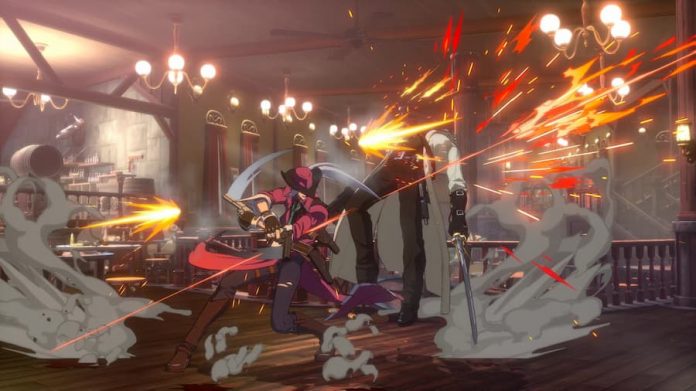 It doesn’t matter if you’re familiar with Dungeon Fighter Online or not – this fighting game spin-off still rocks.

A multiplayer side-scrolling beat ’em up, Dungeon Fighter Online – known as Dungeon & Fighter in its home land of Korea – has been entertaining players for years. But now its characters and world are expanding beyond the hit game, giving us the gift of DNF Duel.

Developed by Arc System Works and NEOPLE Inc., DNF Duel has pedigree. And you can tell by the way it plays. Anyone that has dabbled with the likes of BlazBlue or Guilty Gear will feel at home here, though DNF Duel has got plenty of new stuff up its sleeves to allow it to stand on its own two feet.

There’s the character roster for one. Or rather, the class roster. You see, the pugilists in DNF Duel don’t have names. Instead, they go by their archetype. You’ve got Kunoichi, for example, as well as Berserker, Grappler, Crusader… You get the point. There are 16 of them in all, and while it feels silly that they’re not given names, you soon get on board with it. 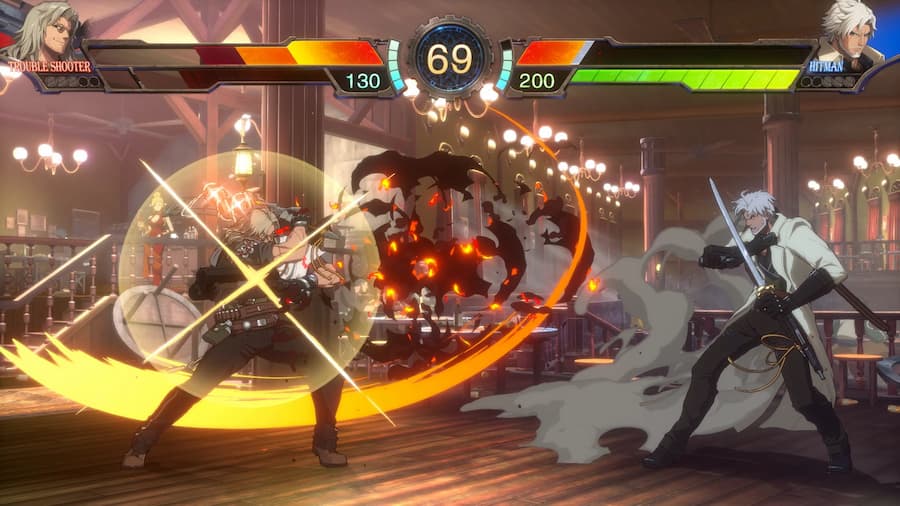 Get into a battle, and you’ll find that each character – sorry, class – has a wonderfully unique range of skills. Alongside standard and strong attack buttons, there’s a standard skills button and an MP skills buttons. Use these in conjunction with the d-pad and you can pull off a range of flashy manoeuvres, each making use of the unique characteristics of the class you’ve chosen. Roll inputs are optional.

This simplicity makes DNF Duel welcoming to fighters of all skill levels, levelling the playing field somewhat. Though like the best of them, there is considerable depth to be found for those who want to spend hours mastering the game’s systems and pushing them to their limits.

There’s the Gatling-style combo system, for example, that allows you to progress from weaker to stronger attacks easily. And there are more advanced techniques, like the Guard Cancel and Awakening Skill. Throw in an MP bar that grows according to how much of your HP has been depleted, and you have a game that isn’t the most complex out there, but still has plenty to consider.

Even your health bar has a bit of a quirk. Most attacks do both permanent red damage and also an amount of recoverable white damage. The white damage builds up over time, too. But MP Skills, powered by the MP bar, will wipe it all out when they connect. So, your MP Skills are very useful indeed. Those on the defence can also use their white damage to their advantage, however, converting it into MP to power a Guard Cancel or their own assault.

Thanks to its stunning 2.5 D visuals and strong character design, DNF Duel is just as flashy to watch as it is fun to play. And it doesn’t skimp on modes, either. Offline, there are staples like Arcade, Survival, Free Play and Training mode. There’s also a story mode where each and every character has their own origin story, filled with numerous battles for you to complete.

There’s online, too of course, Both ranked and player matches are available, and the latter allow you to create or search for rooms that match your preferred criteria. We haven’t been able to test DNF Duel‘s online features extensively before launch, but we have had some matches and they all played out without a hitch. In any case, rollback netcode has been implemented.

It’s safe to say that we’ve been taken by surprise by DNF Duel. We were drawn in by its trailer showcasing its eye-catching visuals, but have been very happy to find that it has real substance. Its combat is exhilarating and easy to get to grips with, yet has enough depth to keep you going back for more. And with its many characters – ahem, classes – as well as a pleasing selection of modes, there’s plenty to go at. Whether you’re new to the fighting game malarkey, or a seasoned pro, this definitely deserves your attention.

This review of DNF Duel is based on the PS4 version (played on PS5), with a code provided by the game’s publisher. It’s available on PS4, PS5 and PC.

Check the price of DNF Duel