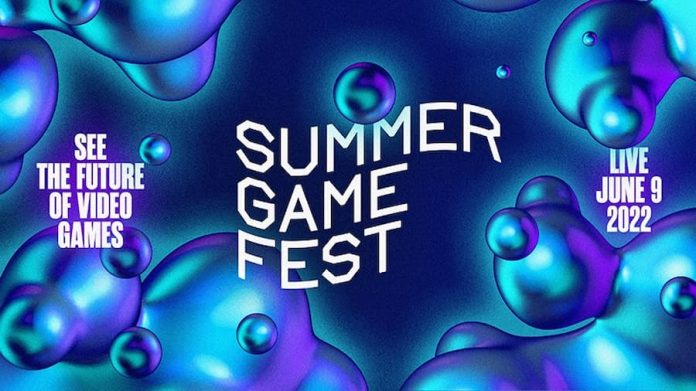 It’s a strange time of year this year: normally we’d be talking non-stop about E3. But this year, there’s no E3. The conferences, events and live shows are still going on, however, and they’re kicking off right now with Summer Game Fest Live 2022.

Watch the stream below, or catch up with our round-up that follows:

We already got a glimpse of Street Fighter 6 during Sony’s State of Play last week. Today’ it’s been revealed that Guile is coming back into the fray, and we’ve had our first look at gameplay. It’s coming to PS4, PS5, Xbox Series X/S and PC. Note the absence of Xbox One there.

The first World Premiere of the night is here: a brand new game set in the Alien universe. The trailer looks fantastic, but it’s a little misleading: this is a top-down real-time action game rather than the cinematic action game that the trailer suggested. Still, it features an all-new story in a much-loved universe, so we’ll remain optimistic. It’s coming 2023 to consoles and PC.

From one game set in space to another: here’s the first gameplay trailer for The Callisto Protocol, the spiritual successor to the Dead Space series. It’s gory, it’s freaky, and we’re absolutely here for it. This isn’t going to be one for the faint-hearted, but we’re excited to get our hands on it. It’s coming out on 2nd December 2022.

As expected, here’s a trailer for the upcoming Call of Duty: Modern Warfare 2. We’ve had a good look at gameplay and… yep, it looks like Call of Duty. As always with a new Call of Duty game, it looks impressive. Much of the gameplay takes place on a ship, and the water effects in particular are impressive. It’s out 28th October, and pre-ordering now will get you access to the open beta.

30 years later, an iconic franchise makes a return with Flashback 2. It’s coming to PS4, PS5, Xbox One, Xbox Series X/S, Switch and PC in winter 2022. The trailer didn’t give much away, but still, an exciting glimpse for fans of the original.

Another World Premiere here with Witchfire, by The Astronauts, the team behind The Vanishing of Ethan Carter. This is something rather different, a first-person shooter with magical attacks thrown in along the way. It looks great, and the locations we’ll get to explore look absolutely fascinating. We can’t wait to see more. It’s entering Early Access ‘soon’ on Epic Games Store.

World Premiere: here’s an intriguing looking indie title taking us to a sci-fi setting. The trailer doesn’t give too much away, but it looks claustrophobic, dark and unsettling. Right up our street, then. And it stars Troy Baker. Just like 99.98% of games ever made.

Tonight seems to be all about horror-in-space. And here’s another one that looks utterly terrifying and interesting. The very short trailer gives little away, but we can’t wait to see more. It’s coming to Xbox and PC (and Xbox Game Pass).

A new trailer for Outriders‘ upcoming expansion, Worldslayer, gave us a glimpse at action-packed co-op gameplay. See more about the trailer here, or read our hands-on preview of Worldslayer here.

Another World Premiere. Despite an action-packed trailer, this is a real time strategy game. Though its world and characters look rather interesting, so if the RTS genre is your bag, this is one worth keeping your eye on. A beta is coming in 2023, which you can register for now at playstormgate.com.

An apocalyptic indie game, Highwater‘s trailer has us absolutely hooked. Sailing through a flooded world on a boat, it looks like you’ll be exploring ruins, meeting new people, and avoiding various human threats. It’s coming 2022.

We’ve seen American Arcadia before, but this new trailer has us even more intrigued by this dystopian puzzle sim that’s like a darker Truman Show. It’s coming soon to PC and console, and you can wishlist now on Steam.

From 2K and Firaxis Games, Midnight Sons brings the world of Marvel to the strategy game genre. The new cinematic trailer shows off Venom getting himself into some trouble, and Spider-Man kicking some butt in the way that only Spidey can. Of course, it’s not quite representative of gameplay, but we’re still looking forward to getting our hands on this when it’s out on 7th October. Pre-order now to get a Doctor Strange Defenders skins.

We got another look at Cuphead’s expansion, The Delicious Last Course, which is coming to consoles and PC on 30th June. The trailer here shows off a brand new boss, who is absolutely, definitely going to kick our little cartoon hineys.

Here’s a trailer for Neon White, an action-packed first person game that looks like a lot of fun. And it’s out very soon: 16th June on PC and Switch. We’ll have more on the game closer to launch.

Here’s a game made by just one person: Midnight Fight Express. It’s a top-down action game that sees you shooting and brawling your way through crowds. It’s bloody, brutal, and packs in a killer soundtrack. It’s coming to PC and console on 23rd August. There’ll be a demo available on Steam during Steam Next Fest, too.

New stuff is coming to Warframe, the long-running free-to-play game. Good news for those of you who play.

From the developers of Genshin Impact comes a new game. And once again, like many of tonight’s trailers, we find ourselves in space. It looks interesting, and it’s coming ‘soon’.

And another from Hoyoverse. It’s a stylish anime action game

New DLC is coming to Humankind soon, and it looks rather good if you’re a fan of the game. Also! It’s making its way to console ‘soon’, though we’re awaiting a release date. It’s coming to PlayStation and Xbox, and will be on Game Pass on day one.

We got a quick look at Soul Hackers 2, which is coming August 26th. It gave us our first listen at the English voice cast.

There’s a sequel to Capcom Arcade Stadium incoming, bringing a collection of classic Capcom games to our homes. Available 22nd July on PC and consoles.

We’ve already had our hands on Metal: Hellsinger and we’re absolutely obsessed with it. Today’s trailer reveals a bit more gameplay, lists some of the metal artists featuring on the soundtrack and gives us even more reason to be excited. You can read our preview here. It’s out on 15th September.

Before its launch tomorrow, he’s another trailer for Supermassive Games’ The Quarry. We’ve already played it, and can tell you it’s well worth diving into. Here’s our review.

Here’s a new trailer for Inflexion Games’ Nightingale, a multiplayer survival and crafting experience set in a mysterious and magical world. We’re certainly intrigued by this one.

Here’s a new trailer for the follow-up to the Vermintide series. Darktide promises action-packed co-op gameplay when it releases on 13th September. It’s coming to PC and Xbox.

Bloober Team’s next horror game is here, a return to the Layers of Fear world. Graphically, it looks fantastic and if it’s anything like the first game, it’ll be terrifying. We weren’t as impressed with Layers of Fear 2, but we’re excited to give this one a chance. It’s coming early 2023 to PS5, Xbox Series X/S and PC.

Coming 23rd October, we can’t wait to jump into Gotham Knights. We got a new look at Nightwing, one of the game’s key characters, and it looks suitably excellent.

The Last of Us

Neil Druckmann’s on stage, talking about various Last of Us properties. First up, is a piece of concept art for an upcoming multiplayer game. Remember when The Last Of Us Part II was supposed to be getting a multiplayer mode? It’s now a standalone game that’s been in development for two years. We’ll see more next year.

Next, Neil provided more information about the upcoming HBO series. He says it’ll be the most authentic video game adaptation yet, and shared a screenshot from an episode he’s directed himself. It was also revealed that Troy Baker and Ashley Johnson – voice actors of Joel and Ellie – have roles in the series. Not as Joel and Ellie, of course; their characters are being kept under wraps.

And, of course, The Last of Part Part I has been revealed for PS5, which leaked earlier.