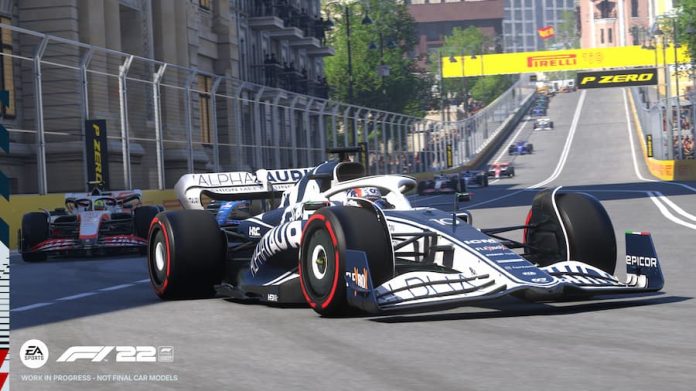 With the latest Formula One season sporting new cars, regulations and aero rules, there’s perhaps never been more reason to pick up the latest game.

Let’s get the bad news out of the way first, though, shall we? If you played F1 2021 last year and loved its Braking Point story mode, you’ll not find it continued here. Story mode is out this year, unfortunately, though hopefully it’ll return in the future. Still, Codemasters and EA hope to soften the blow a little with a new feature called F1 Life, where you are essentially the story. It’s just a shame it’s so shallow.

Imagine a rags-to-riches story, only you start rich and get richer; that’s basically F1 Life, providing you with a bit of space where you can show off your ever-growing wealth. You can customise your avatar, buying apparel from a range of real-world brands, and you can also unlock and display a decent selection of supercars, including the Ferrari Roma and the McLaren Artura. But none of it feels like it has any importance, significance or meaning. In fact, we fail to see the point of the mode at all.

We could understand if your area began a little basic and you had to develop it over time, but with a wealth of fancy furnishings available from the outset, you simply customise it to how you want it to look and then pretty much forget about it. Chances are you’ll you return to unlock additional supercars when you have tokens available, and also make use of other features that have merged into it, like viewing replays and perusing your trophy cabinet. But ultimately, it feels like a swing and a miss. 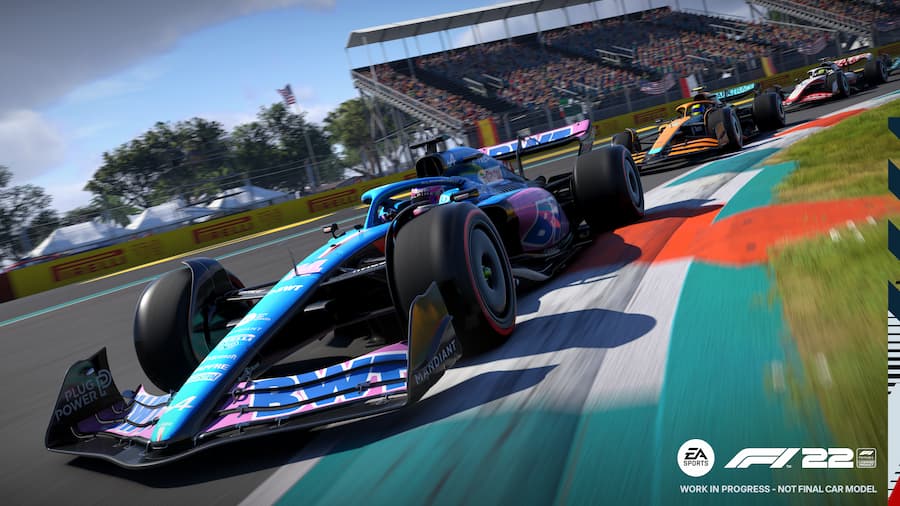 It’s just so limiting. It’s hard to express yourself when you’re simply choosing which sofa you want and which piece of art you want on the wall, especially when you can’t even choose the position of these things. And it’s all very passive; you can’t even walk around your space freely to truly admire it. All you can do is sit in the menu and watch as it changes from one room or angle to another.

Don’t dwell on the disappointment of F1 Life too much though, because elsewhere F1 22 introduces some significant improvements. For a start, the new cars, regulations and aero rules have been taken into consideration, making sure things are up to date. That means a reworking of the handling and tyre models has been required, as well as an update to the physics model. It’s not revolutionary, but you will feel a difference on the track.

Additionally, sprint races have been introduced, bringing a little more excitement to certain race weekends. And a whole new circuit – Miami International Autodrome – has been brought into the fray. Three circuits – Spain, Abu Dhabi and Australia – have been updated, too. We’ve already fallen in love with Miami thanks to its long straights and a devious flurry of tight corners in its back half.

F1 22 simply tries to be as authentic as it can be, and to further help with that goal there’s now an option for immersive or broadcast styles when it comes to events such as pit stops, safety car periods and formation laps. It means those really wanting to get closer to the action can maintain control during these events, taking on more responsibility. But it’s okay if not; just select ‘broadcast’ and these events will be automated, with you viewing them like you would on TV.

All of these things are best experienced inside My Team, F1 22‘s career mode that gets better and better each year. As ever, your career in F1 22 is impressively customisable; pretty much anything can be turned off if you think it will be a hindrance to your enjoyment. Improvements in this iteration include a trio of starting points, allowing you to start at the bottom or set expectations high playing as a serious contender with a budget to match. You’ll also find yourself faced with more department events.

Perhaps the biggest change, however, is the introduction of Pirelli Hot Laps events. Thanks to these, it’s possible to get behind the wheels of the supercars included in the game, completing for acclaim and money. Challenge events include time attack, drifting, and even rival duels. It feels a little strange driving supercars in a F1 game, but it certainly adds a little variety. You can drive supercars outside of the career as well. It’s just a shame you can’t actually have races in them. 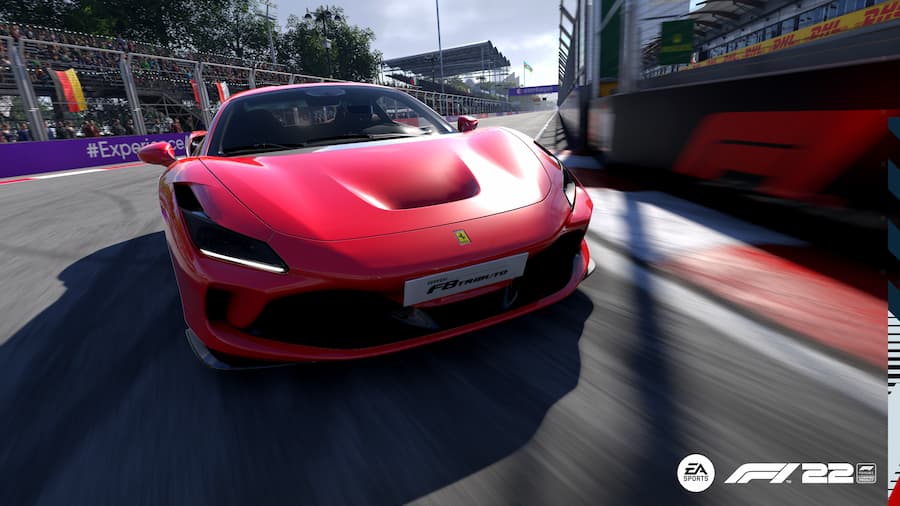 Everything comes together to make F1 22 the most realistic Formula One game yet. And playing on PS5 for review, we have to say that it looks and sounds absolutely phenomenal, too. The visuals are sharp and impressively detailed, but it doesn’t get in the way of a rock solid framerate. On PS5 you’re also treated to an enjoyable DualSense implementation, with F1 22 making subtle but effective use of the controller’s speaker and rumble to further immerse you in the action.

For Formula One fans, it’s easier than ever to recommend F1 22. Significant changes have been made here to not only keep the game up to date, but also more immersive, more expansive and more fun. The only real disappointment is F1 Life, which feels a like a good idea in principle but very poorly executed. And of course, the lack of a story mode will be a let-down to some, too. Ultimately, F1 22 takes a couple of steps forward and couple back, but where it matters – in its gameplay and stellar career mode – it’s still very much at the front of the pack.

This review of F1 22 is based on the PS5 version, with a code provided by the game’s publisher. It’s available on PS4, PS5, Xbox One, Xbox Series X/S and PC.

Check the latest price of F1 22