Sword fights in space, anyone?

If that premise tickles your fancy, then you might want to keep your eyes on Fabular: Once Upon a Spacetime, announced today from Spiritus Games and launching in Early Access on PC later this year.

It’s more than just swordfighting in space, of course. At a glance, Fabular: Once Upon a Spacetime looks a little like a galactic shooter. And while guns may be part of your loadout, melee combat is the primary focus here. Roguelike elements ensure that Fabular‘s action always keeps you on your toes – though it also means that before you succeed, you’re more than likely going to fail. A lot. This is by no means an easy game.

Taking control of a space knight’s ship, kitted out with various weapons, your goal is to make your way through the vastness of space, progressing through various interactions and battles. Every step of the way is an opportunity to grab some new loot, however, with rewards being doled out rather generously. Whether they’re consumables, to heal you or offer up some extra power, or upgrades to your weapons, they’ll all come in handy. 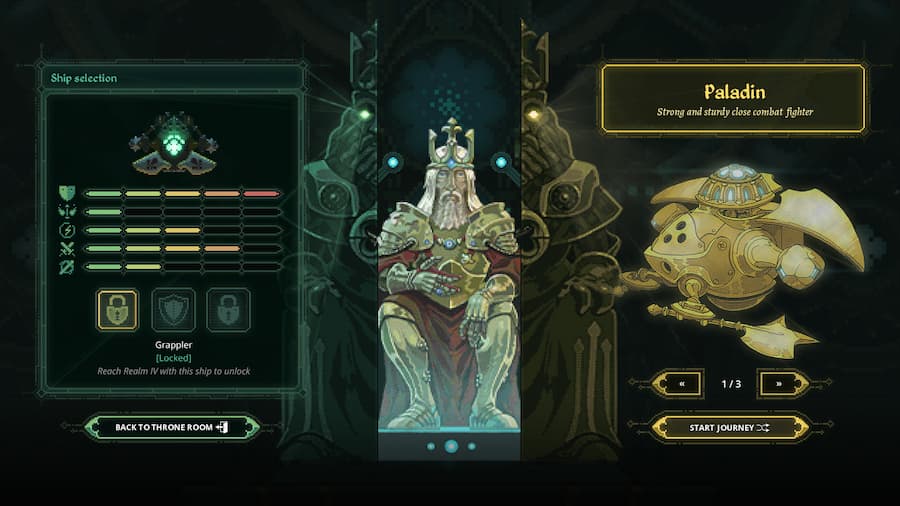 Different classes of ships are available, although you’ll need to progress through the game before some of them are unlocked. Initially, the Paladin will be available to you. It’s equipped with a sword, but can also make use of a plasma blaster by spending energy. All special moves cost energy, so you’ll need to make careful and measured use of these additional weapons. Though with enemies dropping replenishing orbs when they’ve been downed with a melee attack, it’s never too scarce.

Those interactions and battles we’ve mentioned? Each one is a ‘node’ on a starmap, typically leading to a boss encounter. Making your way through a game of Fabular: Once Upon a Spacetime feels a little like a choose-your-own-adventure at times; a node may simply be an encounter with an NPC, offering you a series of choices to make. Those choices may lead to a battle, but you may end up being rewarded simply for saying the right thing. Other nodes may take you straight into a fight, so you’ll always need to be prepared.

There’s a promising game forming in what we’ve seen of Fabular so far. If you’re a fan of roguelike adventures, and like the idea of melee-based combat against the backdrop of a space shooter, then we think it’s going to be well worth checking out. While its Early Access release isn’t scheduled until later this year, you don’t have to wait too long to check it out: a demo will be available as part of Steam Next Fest from 2nd June.