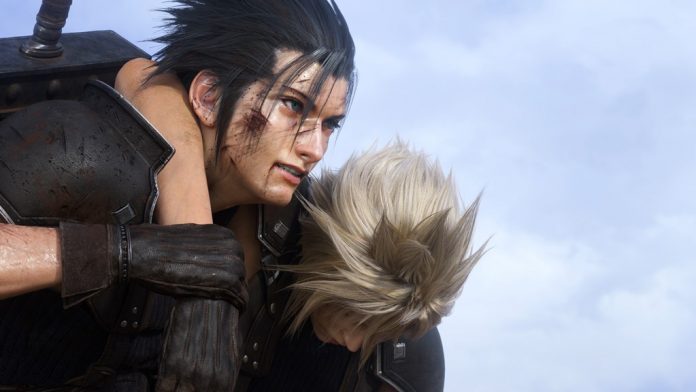 Released in 2020, Final Fantasy VII Remake did more than give the original JRPG classic a facelift. Sure, some of the key events were similar, but it followed an alternate timeline meaning that, even if you’d played the original, you were never quite sure what was round the corner.

Now,  it’s been confirmed that Final Fantasy VII Remake was the first entry entry in a trilogy and the second chapter, Final Fantasy VII Rebirth, arrives next winter. On top of that, it’s going to be a PlayStation 5 exclusive; we wouldn’t be surprised if ended up being bundled with Sony’s new-gen console.

Square Enix made the announcement last night, at a stream celebrating the original Final Fantasy VII’s 25th anniversary. They also released a brief “first look” trailer which you can watch below. Normally, first looks offer just that, a first look at game that’s far from finished, but this trailer definitely has us intrigued.

Why? Because it suggests that this “new” timeline might not be as concrete as we first thought. The trailer hints at an infamous event which occurred in the original game but was averted in the remake. We doubt Final Fantasy VII Rebirth will go full-on Eternal Threads but there may be a little temporal meddling in the gang’s future.

So far, the game’s set to arrive next winter, strongly suggesting a release month of November or December of 2023. Though, technically, Square Enix could also release it in January or February 2024 and still fulfil their “next winter” promise.

Aside from Final Fantasy VII Rebirth’s in-the-works PlayStation 5 release, Square Enix also announced the PC of Final Fantasy VII Remake Intergrade is available on the Steam store… right now! Previously released on the Epic Games Store, as a timed exclusive, Intergrade features extra content over the vanilla PlayStation 4 release, including a chapter where you play as light-fingered fan favourite Yuffie.

You can get it from the Steam store here (it’s Steam Deck compatible) though, be warned, it isn’t cheap. Final Fantasy VII Remake Intergrade’s regular price, matching the Epic Games Store and PlayStation 5 price is a whopping £69.99. There’s a 29% launch discount right now, making it a more reasonable £49.69, but after the 7th of July, it’ll go back up to full price.