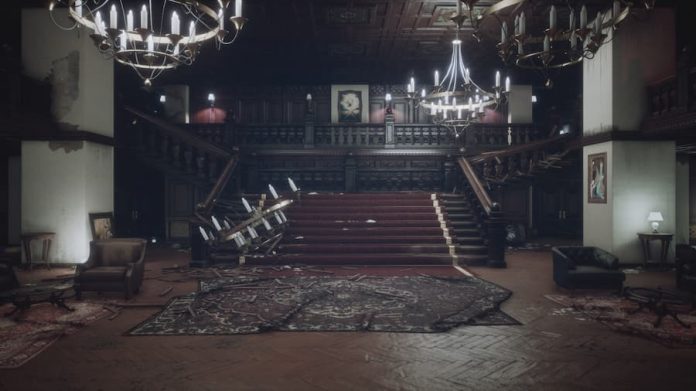 It’s been a good month for horror fans, what with The Quarry, The Origin: Blind Maid, Oxide Room 104 and now Fobia – St. Dinfna Hotel.

Though, they’ve not all been made equally. Triple-A effort The Quarry leads the way of course, but we were rather impressed with Oxide Room 104, considering it’s been developed by a small team. The less we say about The Origin: Blind Maid the better. But the latest horror game to release this month, Fobia – St. Dinfna Hotel is another title that horror fans might want to put on their to-play list.

An indie title made by Brazilian developer Pulsatrix Studios, Fobia casts you as Roberto Leite Lopes, a journalist who finds himself in the titular St. Dinfna Hotel following a lead about some alleged paranormal activity happening at the hotel. Needless to say, he gets more than he bargains for, and cue an eight-or-so hour tense adventure that aims to have you on the edge of your seat throughout.

Fans of classic survival horror games like Resident Evil and Silent Hill will find themselves most at home with Fobia – St. Dinfna Hotel. This very much presents itself as a modern Resident Evil, played from a first person perspective. There’s a mixture of exploration, puzzle solving, combat and, of course, that dreaded inventory management. 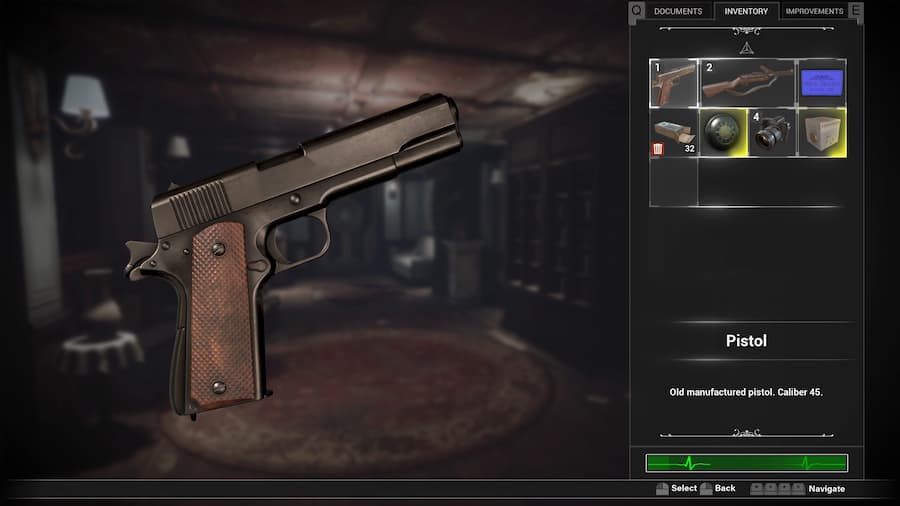 While you do stray away from the hotel at times , occasionally taking control of a different character, much of Fobia takes place within the walls of St. Dinfna. And so you’ll spend time exploring its rooms, finding items and solving puzzles to progress. You might need to scour for a key or access card to get through a door, for example, or find a combination code to access a safe. There’s a nice mix of puzzles on offer, and while none of them are overly difficult, they will occasionally give your brain cells a tickle.

But, of course, puzzles aren’t all you have to worry about in Fobia. There’s the small matter of the monsters lurking all over the place. Unlike many other modern horror games, there is a combat system in place here, so you don’t have to rely on stealth and hiding. You’ll collect various ranged weapons as you play, including a pistol, shotgun and machine gun, all of which can be upgraded by finding artefacts as you progress through the game.

As refreshing as it is to be able to defend yourself, however, the combat in Fobia – St. Dinfna Hotel isn’t exactly enjoyable. Enemies are poorly animated and scripted, making fighting against them a disappointing chore rather than the tense battle for your life that it should be.

It’s not unusual to see an enemy walk in circles or crash into a wall, for example. And a boss early on – a giant spider – threw us for a loop when, rather than jumping between the ceiling and the ground, it appeared to teleport.

You’ll also come across some really annoying small parasite-like enemies, often almost impossible to see. They tend to come in threes and will launch themselves at you with little to no warning, doing damage that feels unfair.

There’s no melee system in place in Fobia, so you need to rely on your guns. That means if you run out of ammo, you’re left defenceless – and you’re probably going to die. Thankfully, ammo is plentiful for the most part, so running out won’t happen too often.

Heading into combat with your foes isn’t always the best option, either. At certain intervals, you’ll find yourself stalked by a rather grotesque-looking creature that seemingly cannot be killed. Wasting your ammo on it is fruitless, so your best option is to run away, adding some welcome tension to the proceedings.

So, while combat isn’t great, it doesn’t deem Fobia – St. Dinfna Hotel unplayable. There’s plenty to enjoy here, including the afore-mentioned exploration and puzzle-solving. One mechanic we particularly like is its camera that allows you to see an ‘alternate reality’ of sorts.

Bring your camera up to your face, and you’ll occasionally see a different version of the environment you’re in. A solid wall might appear to have a smashed hole, for example, allowing you to pass through to a new area. And, helpfully, you’re typically given a prompt as to when your camera might come in handy. 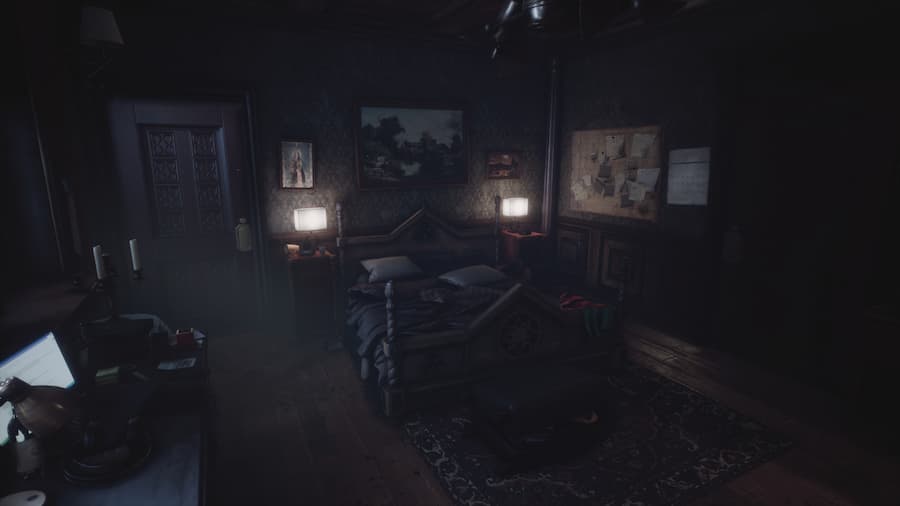 Exploring the hotel is a tense and enjoyable affair for the most part, heightened by the threat of the stalking monster, lurking around any possible corner. But it can be a bit of a maze to work your way around. You’ll occasionally come across a map on a wall, but there’s no way to add one to your inventory. Keeping track of where you need to go, and what areas you’ve already explored, then, can be a bit of a pain.

Ultimately, Fobia – St. Dinfna Hotel is a bit rough around the edges. Its voice acting isn’t great, which ruins the tension at times, as do its poor enemy animations and sub-par combat. But in an age where new, half-decent survival horror games are few and far between, this isn’t worth writing off completely. Its puzzles are enjoyable, and it does a good job of creating an eerie atmosphere. Particularly if you’re a fan of the classics like Resident Evil and Silent Hill, it’s worth checking into St. Dinfna Hotel.

This review of Fobia – St. Dinfna Hotel is based on the PS5 version of the game, via a code provided by the publisher. It’s available on PS4, PS5, Xbox One, Xbox Series X/S and PC. 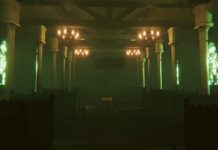