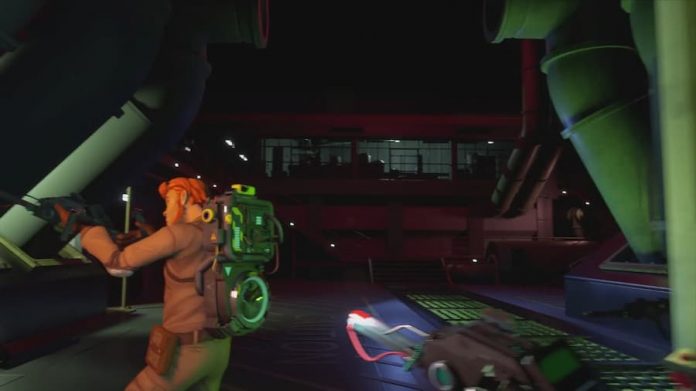 No longer a Meta Quest 2 exclusive, Ghostbusters VR is coming to PlayStation VR 2.

That’s certainly good news for Sony, as Ghostbusters VR has the potential to be an absolute smash. It could, also, be utterly underwhelming, like the unrelated Ghostbusters VR – Now Hiring, but we have our fingers crossed. And, having grown up with The Real Ghostbusters, the prospect of busting spooks in VR gives us a grin a mile wide.

Ghostbusters VR was first unveiled back in April at the Meta Quest Gaming Showcase. If you’re scratching your head right now, Meta Quest is the new name for Oculus Quest and, months after the name change, we still have to correct ourselves. You can also take on ghosts solo, though we suspect multiplayer will really be where it’s at.

If you got to tackle Ghostbusters: The Video Game’s co-op mode, sadly absent from the remastered version, you’ll remember how much fun it was to bust ghosts as a team – now imagine that in VR. The PlayStation VR2 won’t be as wire-free as the Quest 2 version, but it should still be a blast.

Ghostbusters VR doesn’t, as yet, have a release date, nor does the PlayStation VR2. But there is, in fact, a virtual reality Ghostbusters game that’s arriving this year. Ghostbusters VR Academy, also announced by Sony Pictures VR yesterday, is coming to Hologate.

Hologate is a location-based gaming system (there are 400 around the world) where you turn up, strap on a helmet and get playing. Ghostbusters VR Academy will sport two modes, a ghostbusting mode where players work as a team to catch spectres and a race mode where they belt around in ECTO-1, the Ghostbusters legendary car.

Being location based, you’ll have to go to a a Hologate centre to play it and, as you might expect, pay for the experience. You can find out more from Hologate’s website. Ghostbusters VR Academy also doesn’t have a precise release date but it’s set to be rolled out to all Hologate locations by the end of 2022.