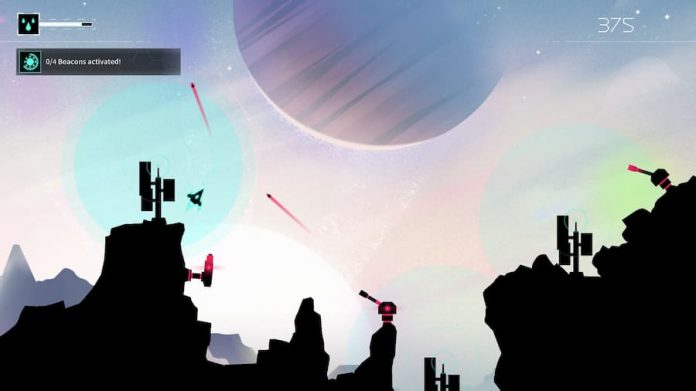 Yet another Atari arcade classic has received the Recharged treatment, and this time it’s Gravitar.

Jump into Gravitar: Recharged‘s Arcade mode, and you’ll find the experience is much like that of the original. You need to progress though a series of solar systems, landing on planets and completing objectives. You might have to activate beacons by staying in close proximity to them, for example, steal intelligence, or simply destroy all enemies. And along the way, you can collect helpful powerups, boosting your firepower, repairing your ship or boosting your score.

It all sounds simple, but the challenge comes from the controls. The right trigger powers your thrusters, boosting you in the direction you’re facing. If you want to slow down or change direction, you need to change the orientation of your ship and apply the booster – there’s no brake. Other than that, all you can do is shoot and make use of your tractor beam to draw in nearby pickups. Add in the fact that planets have their own gravitational pull, affecting your movement, and things aren’t so simple at all.

Like most arcade games, Gravitar: Recharged is very challenging indeed. You’re likely to die pretty fast until you’ve got used to the controls. But it has that “one more go” factor that makes arcade games so great. You’ll want to return to it time and time again to improve your score simply because it’s fun. You can make arcade mode more challenging, too, gaining a bonus to your score in the process. Three modifiers are available: single life, no power ups and no shield.

For a more modern, structured experience, there’s also a new Missions mode. It’s essentially the objectives you find in arcade mode, but turned into individual missions you can select at will. Only three missions are available initially, though there are many more to unlock. It’s a neat new way to play that’s more focused. You can just jump in to complete a mission rather than start an arcade game that could go on for a decent amount of time if you’re having a good run. 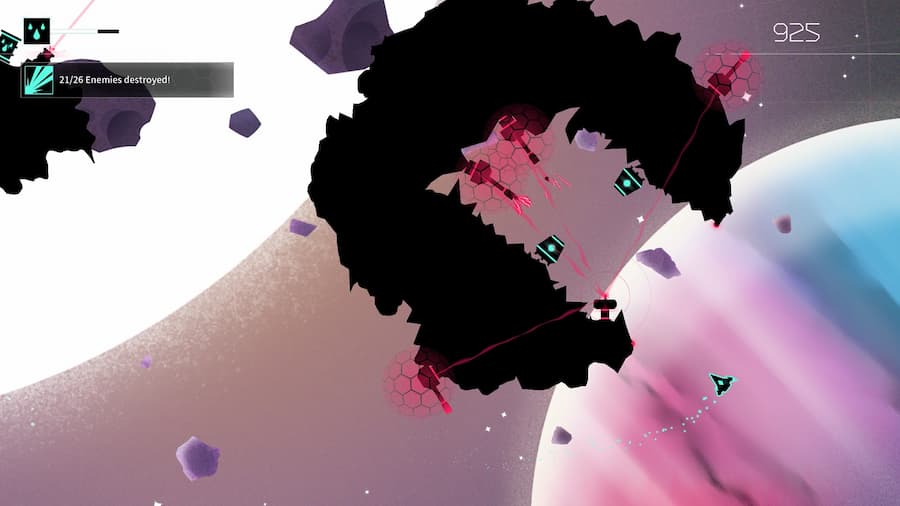 Rounding out the package is the option to play in local co-op, as well as online leaderboards. The former adds another layer to the gameplay, with both players being tethered together limiting movement. Fail to work as a team, and you won’t get very far at all. The latter provides the reason to keep coming back time and time again, especially for those with a competitive streak.

Thanks to its moreish gameplay and wonderful visuals that combine solid black landmasses with pastel-coloured backdrops, Gravitar: Recharged is a must-have for those who enjoy arcade games with a lasting challenge. Revitalising a classic with gusto, the new Missions mode and co-op just bolster what’s already a very worthy addition to your game library.

This review of Gravitar: Recharged is based on the PS5 version, with a code provided by the game’s publisher. It’s available on PS4, PS5, Xbox One, Xbox Series X/S, Switch and PC.