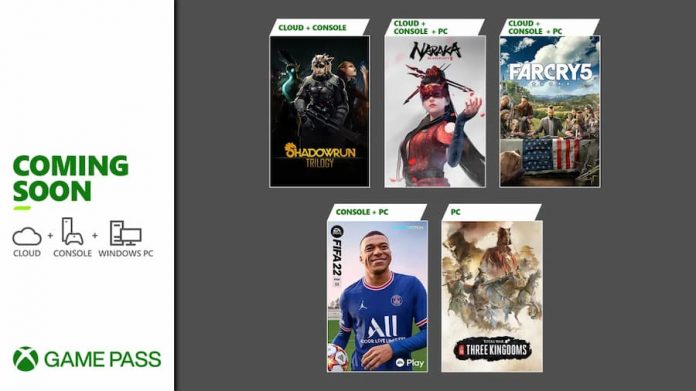 Microsoft have unveiled the second wave of June’s Xbox Game Pass titles and they’re not half bad.

Admittedly, June’s other Xbox Game Pass offerings have been all but eclipsed by the excellent Teenage Mutant Ninja Turtles: Shredder’s Revenge. But there are still a few respectable titles coming in June, provided you subscribe to Xbox Game Pass, PC Game Pass or Xbox Game Pass Ultimate.

The first offering, available now, is the Shadowrun Trilogy, containing Shadowrun Returns, Shadowrun Dragonfall – Director’s Cut and Shadowrun Hong Kong – Extended Edition. We’ve not tackled all three of these science-fantasy RPGs, but we adored Shadowrun Hong Kong, calling it one of the best games we’d played that year. It’s coming to console and cloud.

Also available now is Total War: Three Kingdoms, an award-winning PC-only strategy game set in ancient China. If you’re a fan of the other Total War games, and aren’t expect orcs or space marines, you should get a kick out of this.

FIFA 22 is coming to PC and console on June 23rd, though since it’s via EA Play you’ll need EA Play or Xbox Game Pass Ultimate. The FIFA games are solid enough football games, but don’t expect a radical departure from FIFA 21.

Naraka: Bladepoint is also coming to PC, console and cloud this Jun 23rd. It’s a massive martial arts game, supporting up to 60 players, optimised for Xbox Series X|S. It’ll be joining the service on day one, so you’ve nothing to lose by taking it for a head-divorcing spin.

Finally, Far Cry 5 is arriving on July 1st, on PC and Xbox. Yes, it’s not technically June but if you’ve never dabbled in this open world action game, now’s your chance.

And that’s it for the games hitting Xbox Game Pass in June – more titles will join Xbox Game Pass next month. A few titles are leaving, meaning June 30th is your last chance to try: