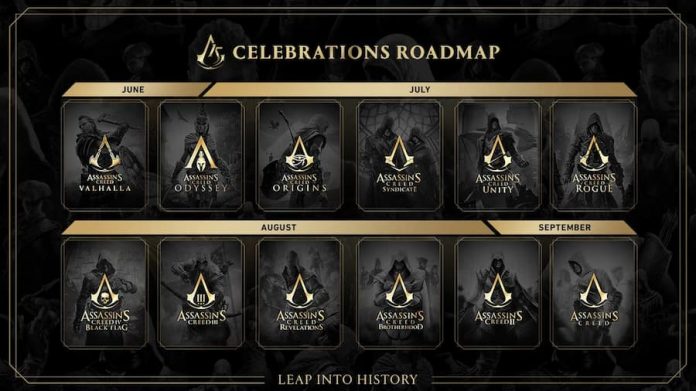 There were interviews, announcements, some guy in a costume running around Ancient Egypt, that sort of thing. Yes, Assassin’s Creed, the first entry in the history-inspired sneak-em-up, was actually released in November 2007 so it’s not technically the 15th Anniversary yet, but we’ll let that slide.

There’s no news on Assassin’s Creed Barnsley, a game that exists only in our heads, but we did learn several things about Ubisoft’s plans for Assassin’s Creed Valhalla, the latest entry in the series. The stream also featured some insight into how the game series has been translated into other media; books, movies and so on.

So, in case you didn’t stick around for the stream, here’s a round-up of the main announcements:

You can watch the whole stream above, if you’re so inclined – there’s plenty of other content, including a discussion of how Assassin’s Creed ties itself into existing history and legend. And if you’ve yet to dive into Assassin’s Creed Valhalla, which is available on PC, Stadia, Xbox and PlayStation, check out our review here.