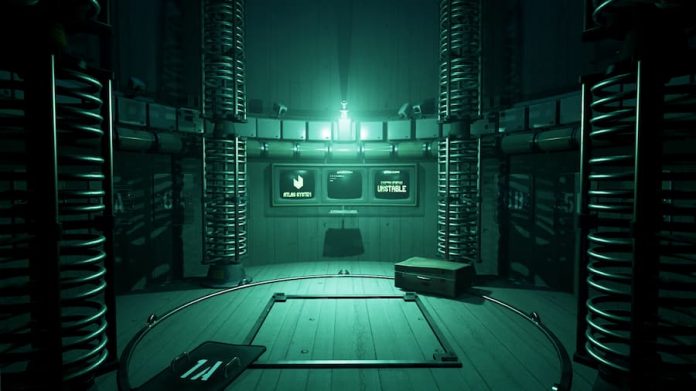 Awoken in the middle of the night by a ringing phone, Nora is about to have a life-changing experience.

The caller is her colleague and friend, and he has concerns about a project they’re working on. Even worse, he feels like there are forces acting against them that might take their work away. But he has a plan. Putting the phone down on you, you’re worried about what’s going to happen. Cue a hurried trip to the office to see what you can do. And so begins Industria.

A game set shortly before the end of the Cold War, the story of Industria deals in mystery and parallel universes. After utilising the device you’ve poured time into, you emerge in a new world, and hope to find your colleague quickly. But something seems wrong. There’s pretty much no-one around, for one. Well, aside from primitive-looking robots that attack on sight.

Industria is a fairly short adventure and will only take you around four hours to complete. But despite the brief running time, it packs quite a lot in. Exploration, puzzles and combat are all combined seamlessly, helping to keep you engaged and invested. There’s nothing too impressive here, though. Industria is linear despite it feeling open, and while the puzzles are occasionally clever, many require you to carry and place crates which obscure your view, and it’s a clumsy practice on the whole. The combat, too, is nothing more than perfunctory; there’s little feel when you fire any of the game’s guns, for example. 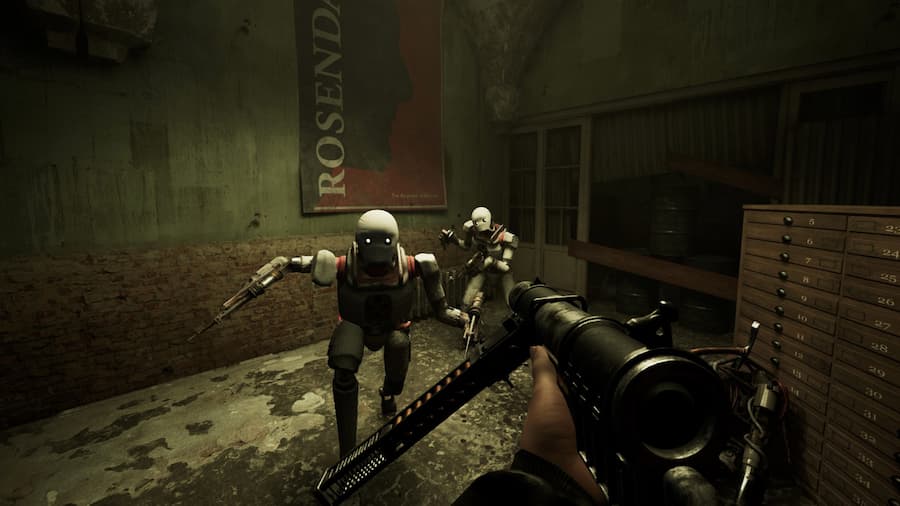 More troublesome, though, is Industria‘s save system. Play on Hardcore and you can only save your game manually by finding typewriters, and they’re not all that easy to come by. Play on Normal, and thankfully an autosave system is also in play. But even still, it doesn’t save very frequently, and when death can come quickly and unexpectedly during bouts of perilous platforming, having progress taken away from you can be a pain.

There are issues specific to this new console version of the game, too. Or at least the Xbox Series X version that we’ve tested. You can’t move diagonally with the left analogue stick, for example, making movement awkward at times. You’ll also need to fiddle with the sensitivity of the sticks to get aiming to feel more enjoyable. And then there’s the weird quirk of needing to hold the ‘interact’ button to pick up and read a document. Just press it, and the document will flash up on the screen and then disappear. 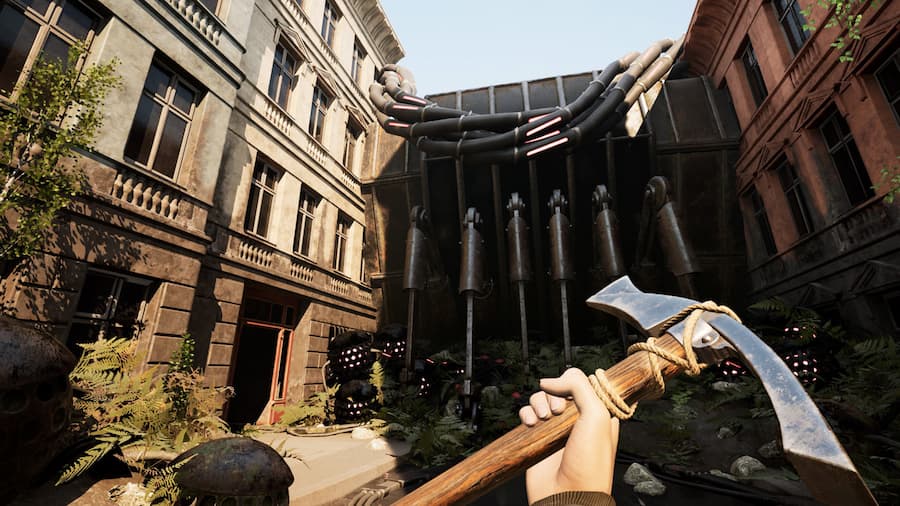 These issues are a shame, as the core concept and mechanics of Industria are solid. It also has a great atmosphere, dropping you into a parallel world that truly does feel a little… off. Throw in many a tense moment when you encounter the game’s well-designed robotic enemies that make a beeline for you when they’re aware of your presence, and you have a game that, when it’s firing on all cylinders, is very immersive indeed.

With a patch or two, Industria could be a game well worth investing in now that it’s available on consoles as well as PC. But at the moment, some frustrating issues mean only the most patient players might see it through, even through it’s not particularly long. Exploring a bleak parallel world is intriguing for sure, but when the controls feel like they’re fighting against you and the save system is overly punishing, much of your drive to proceed is lost.

This review of Industria is based on the Xbox Series X version, with a code provided by the game’s publisher. It’s available on PS5, Xbox Series X/S and PC.