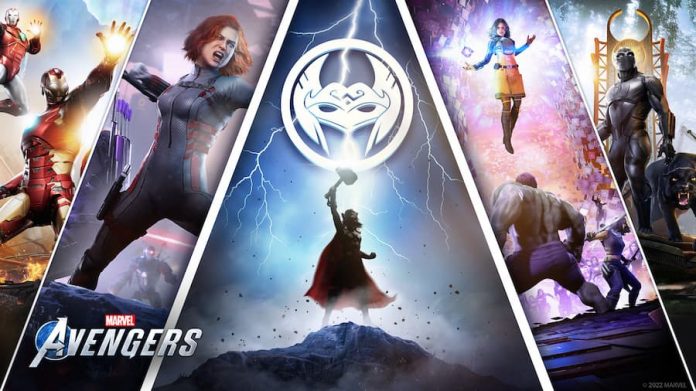 Mighty Thor has joined the ranks of Marvel’s Avengers, just in time for Taika Waititi’s Thor: Love and Thunder movie.

Is that a coincidence? Almost certainly not – Mighty Thor, the Mjolnir-wielding version of Jane Foster, Thor’s features heavily in the new Thor movie. However, Square Enix, publishers of Marvel’s Avengers, haven’t stated there’s an official partnership going on.

Regardless, slamming and zapping your way through AIM’s robots as Mighty Thor could be an awful lot of fun. She’s certainly more dramatic than Spider-Man, the Sony-exclusive wall-crawler who recently joined the PS4 and and PS5 version of Marvel’s Avengers.

She’s free to download but if you want to see her in action first, you can check out this six minute Square Enix deep dive. We’re particularly fond of her thunder kick, a dead ringer for Assassin’s Creed’s Spartan Kick, which sends foes flying.

But what’s she doing in Marvel’s Avengers? The original comics-based Mighty Thor was regular Jane Foster who, suffering from cancer, picked up Mjolnir and became the replacement for the then-shamed “regular” Thor.  Marvel Avengers’ take is that she’s from an alternative universe where regular Thor died, leaving her the permanent wielder of the late Thor’s hammer.

We’re also happy to report that she does have alternate costumes including, as we had hoped, a Valykrie outfit. If you’re on the fence as to whether to dive into Marvel’s Avengers (it’s available on PC, PlayStation, Xbox and Stadia), you can check out our review here.