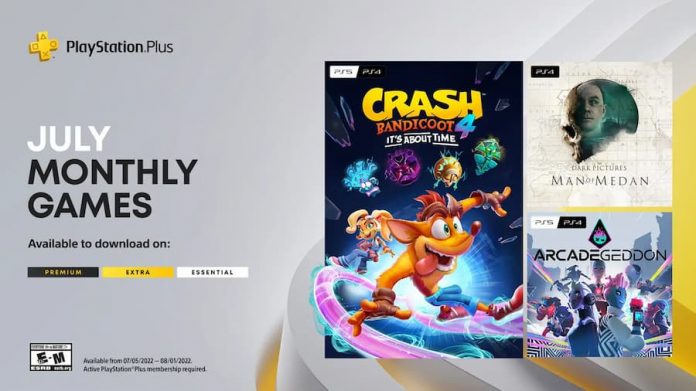 This July’s PlayStation Plus titles are a little better than July’s Xbox Games With Gold, especially if you’re a Crash Bandicoot fan. So what’s on offer? Here are the three titles you can download (and re-download if you’re still a PlayStation Plus subscriber):

We’ve yet to tackle the multiplayer-only Arcadegeddon but platformer Crash Bandicoot 4: It’s About Time is fun if you can put up with its unforgiving camera angles. The Dark Pictures: Man of Medan is, however, the cream of this month’s crop. We’re loathe to give too much away but, created by the team behind Until Dawn, it sees a group of holidaymakers trapped aboard an apparently abandoned ship.

Yes, that goes about as well as you might expect but, horror aside, there are a couple of neat twists. In our review, we concluded that “Man of Medan proves, once again, that Supermassive Games is truly the master of video game horror”. So if you’ve not tackled it, turn the lights off and get uncomfortable.

At least, that’s what you can do next week. These July’s PlayStation Plus offerings kick off on Tuesday, July 5th and are available to add to your library until August 1st. You’ve also got until July 4th to pick up last month’s PlayStation Plus titles, including the superb God of War.

Is Crash Bandicoot 4: It’s About Time Coming to Switch or PC?

Crash Bandicoot 4: It’s About Time is Destined to Be a Hit With Series Fans